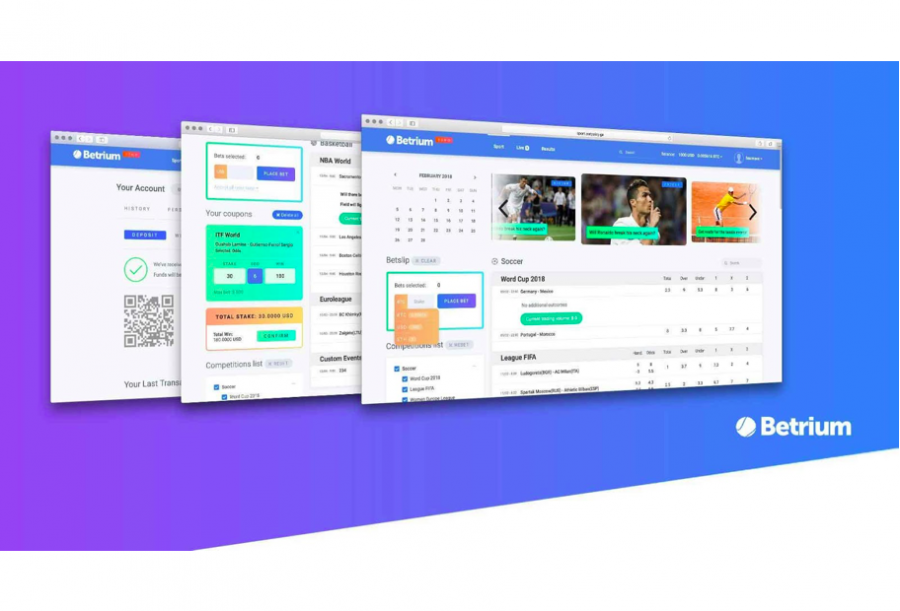 Betrium is the worldwide bookmaker and betting exchange offering zero fees, innovative Volatility Stabilization System / Hedging for professional traders, API for developers and event organizers platform. Betrium is going change the wealthy industry of $1 trillion annually. The project is supported by Kevin Dolan, World Series of Handicapping 2015 champion, the “The Complete Guide to Sports Betting” book author. Kevin acts as an advisor in the project. Recently, Betrium released the  demo of the sportsbook platform.

During the next two weeks, Betrium will release betting exchange alpha along with iOS and Android applications for its sportsbook. In January, Betrium was a sponsor of Lamborghini team on 24 hour Series in Dubai.  Betrium has partnered with VAVEL.com, an international sports media with over 35 million of visits, which became an accredited media of FIFA World Cup 2018.

“For VAVEL, this partnership with Betrium guarantees, our willingness to support and backup a project since its inception is called to revolutionize the sports betting industry from scratch given the brilliant idea of decentralizing the way to bet making it accessible globally without depending on different international laws and regulations. We believe in Betrium because of the ease with which its users can perform transactions through cryptocurrencies and their roadmap is frankly hopeful. VAVEL trusts Betrium simply because it is the future of betting in sports.”

“Betrium’s mission is to expand and to become a global key-player in the gambling market.”

Earlier, Sam Taheri, professional GT, and NASCAR pilot became an advisor and sports representative of Betrium. He offered  this interview at the appointment. In the early March Betrium’s team began its roadshow, during 20 days the team will visit 5 blockchain conferences all around the world, including all of the following locations:

Betrium is the source of this content. This press release is for informational purposes only and should not be viewed as an endorsement by CoinIdol. We take no responsibility and give no guarantees, warranties or representations, implied or otherwise, for the content or accuracy. Readers should do their own research before investing funds in any company.