Blockchain And Beyoncé: How Digital Finance Can Shape The Face Of The Music Industry 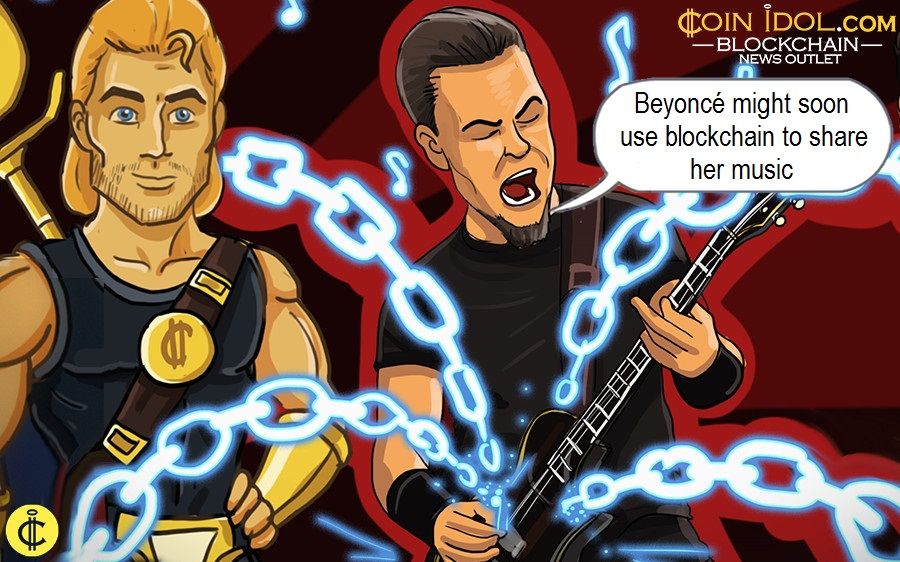 Music has long been a unique, universally understandable way of self-expression. But it also goes a long way beyond art – music is also a large business which gives jobs to thousands of artists, producers, stage operators, designers, to mention only a few. Today, the music industry is shifting into the digital realm with a pace previously unseen.

The wave of digital change already embraced all aspects of the music industry – and this goes not only for the digitally-native stage of production, which is impossible to imagine without technology from in the definition, but equally for the post-production aspect and distribution too.

Nowadays, all music lovers around the world prefer to use a popular convenience mode – subscription. The likes of Spotify and other music subscription streams became a new trend which provides hustle-free access to all of the latest compositions, in addition to carefully-crafted playlists. The company offered a solution which did not exist up to then – in the high times of online media piracy, it did not wrestle against the wave of the internet but instead came up with the answer in a form of legitimate distribution model. This consequently transformed the way music is distributed, and many of the forms – CDs, DVDs and cassettes – were sent into oblivion.

The wave of digital finance can only be compared to the scope of transformation brought by the internet. As blockchain solutions gradually advance in the conquest of the world, music industry owners already think about how they can leverage the new technological solution to bring the best out of their business. While the number of pioneers is still proportionally small, it is anticipated to bring a big push to change the status quo in the upcoming years.

Blockchain has the power to revise the music industry

The music industry has a long-standing tradition of relying on contractual obligations and partnerships, the vast majority of which are centralized in their nature. However, with the arrival of blockchain, it may all change. While providing an infallible track of records, the technology is able to turn upside down the pillars on which the current music industry rests, thus making it a more liberal and open space for everyone.

“The music industry is driven by technology shifts. Piracy and illegal streaming services used to be commonplace in the past, but now the blockchain came in to address these issues.

Nowadays, the music industry has come to a new stage, and this is a part of a new industrial revolution. Blockchain is here to ensure ownership and create more value of the music rights. It will give more opportunities to reorganize and share copyrights with more than just one organization or label studio. From now on, it will give the possibility to address the audience directly, and for the audience to engage and acquire a share of ownership rights.”

Here are just a few examples of how blockchain can upturn the existing status quo. 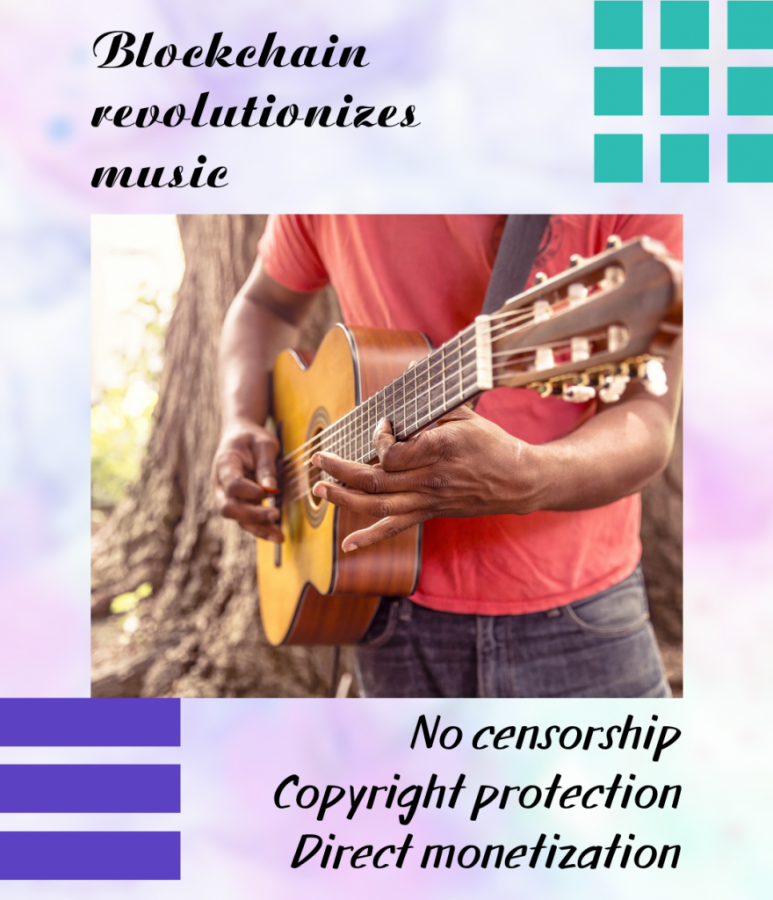 Traditionally, the safety of IP rights in music has been one of the main concerns and which has been staying there since the very inception of the industry. Artists are often not able to prove their authorship of a musical composition, and frequently become accused of stealing from another stage counterpart. This is exactly why the matter of intellectual property has always remained keen and stays as an ongoing worry for many artists.

Nowadays, with blockchain technology coming into the mainstream, these matters can be solved. Traditionally, in cases when it is difficult to prove the authorship of a music piece, artists initiated a legal hearing. However, it is a common practice that all court procedures are lengthy and lack clarity on results. What to do in this case? For this, blockchain gives a clear answer - it can facilitate the enforcement of law and, in case of necessity, can even be leveraged as proof of a legal case in the court.

Here’s what Christina points out in this respect:

“Intellectual property rights will become even more valuable in the future. This is why it is essential that composers and music artists have ownership over their copyrights. The solution for this came in the form of Artificial Intelligence (AI) combined with blockchain – it allows to track the history of music rights of each record. By tokenizing music rights, everyone who desires may own a particular share of ownership.”

#2. Direct rewards for artists and musicians

In a world where blockchain will be the starting and the ending point of all contractual obligations, artists will not anymore rely on production studios to distribute earnings. They will no longer be facing the intermediate agency/studio which typically deducts a share of their payments or the likes of Spotify platform which pays artists only the fraction of what they actually earn.

“Payment system in the music industry is complex. Most agencies do not pay fees lower than $50, even though artists may earn as little as $1 or $2 for music streaming. Besides, in most cases the agency collects the largest share of profits, leaving musicians with smaller earnings. To avoid this, blockchain provides an easier solution for musicians to get their fair payback.”

On the top of this, smart contracts can be used as a transparent and progressive way of facilitating business relationships for the music industry in the future, as they do not rely on any external parties and make the payment distribution directly to artists’ accounts.

It is not uncommon that platforms like Spotify show more explicit preference to branded labels and well-known artists, which stays in line with their strategy of benefitting major distribution partners. This way, indie artists are left outside the boat, which makes it uneasy for them to reach a high level of awareness.

Christina further makes a point on obstacles new artists face and lays out the ways blockchain may help them out:

“The challenge for the new artists lies in a promotion stage. Apart from producing a record, the musician should also take care of promoting the music piece and building the audience around it. This is possible only through the internet.

These days, everyone is using the digital network in the same old ways. However, the challenge lies in making things differently and monetizing on streaming after piracy concerns in the past. What can we add? What value can we bring? A new solution in the form of blockchain is an answer to all these questions – it makes it easier for new artists to advertise themselves within the existing ecosystem while ensuring the musicians get a fair share of payments.”

Has coronavirus already sent music in a blockchain direction?

Covid-19 turned out to be a major transformational kick for many industries, not leaving aside the music. Since the start of the virus spread, many performers had to find a way to craft and spread the music exclusively in a digital realm. One example of this is quarantine lifestream – it became an extremely popular form of building trust and engagement with fans through the social network during the times of lockdown.

Therefore, nowadays adaptation and acceptance of the digital realm become even more crucial and relevant in the music field than ever before. This gives an answer to why, with the availability of fresh cutting-edge digital solutions, people will no longer be hesitant with applying them in practice - for it will serve as their new important competitive edge.

Here’s what Christina reflects on this point:

“Music industry by itself is vast, and the interest in music is huge. After Covid-19, the already digitally-heavy music industry became even more digitized. This was reflected, first of all, in life-stream performances which replaced the actual ones. This is likely to become a new reality, and we have to embrace the wave of transformation which has already taken place.”