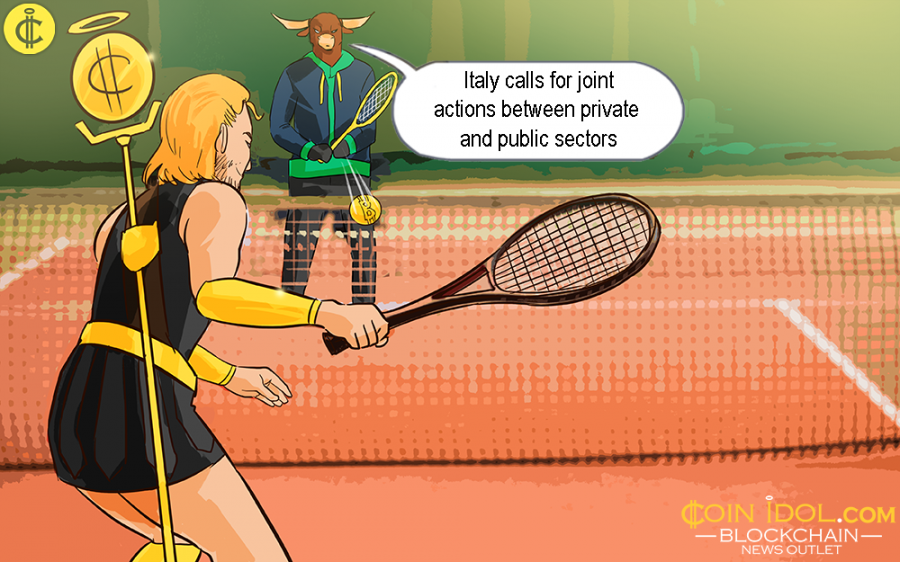 The Italian professor who heads Consob, the government body responsible for regulating the securities market, revealed that for the country to achieve significant growth, joint action between the private sector and the Italian public is needed to stimulate alternative investments including cryptocurrency and blockchain technology.

The Consob plans restoring dignity to public debt by using alternative means like blockchain and massive savings of the Italians supports this effort. Italian savings, totaling to around $18.2216 trillion in terms of financial assets, is the wealth and guarantee of country's solidity notwithstanding its huge public debt of more than $2618.607 billion. There is no ideal connection between public debt and gross domestic product (GDP), and to guarantee the sustainability of the savings, its growth rate must remain on average below the GDP growth rate.

According to the new president of authority in charge of regulating the Italian securities market Consob, Professor Paolo Savona, he declared a macroeconomist approach in his first report aiming at addressing the thorniest and current issue: the high level of Italian public debt and the risk of a breach of procedure by the European Union.

Strengthening the Country via Alternative Investments

The modest strength of many firms in Italy, especially on the global market, and the great savings of the country for the past 16 years, has contributed much to the flow-in for excess of internal use, the country sells them in excess overseas related to its debt, gloss - the categories to protect and use as values ​​to reiterate the position of Italy in Europe.

Savona wants to first focus on debt sustainability and on the cognizance that the slanted images of reality of the country "inside the cave of Socrates," the occurrence of a "background shouting" imitates the adverse judgments about Italy as revealed by supranational institutions, national bodies and private centers, and that seem to be near to prejudgments since they are hinged on orthodox financial parameters which do not consider the two pillars that oversee the economy and society as well – savings and competitiveness of firms.

As previously reported, Savona elaborated the benefits of disruptive innovations including artificial intelligence (AI), smart contracts, blockchain technology, etc. during the hearing of the Senate Finance Committee in February, and promised that the Consob will continue to work on protecting savings.

Recently, Bank of Italy, Consob, IVASS (Italian Companies & Exchange Commission) and Ministry of Economic Development (MiSE), announced a plan of getting effective applications of fintech, AI and distributed ledger technology in various areas including the credit, insurance and finance industry.