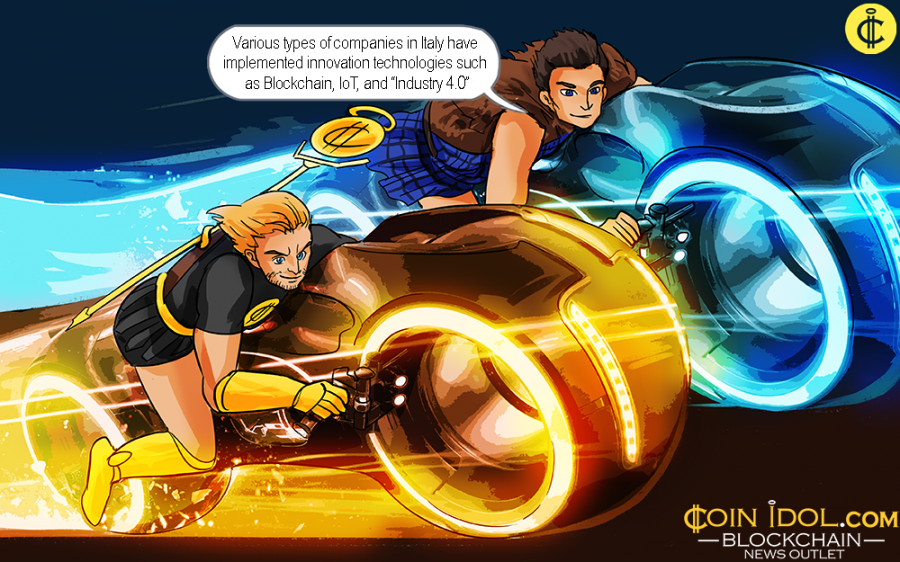 According to reports, various types of companies in Italy have implemented innovative technologies such as Blockchain, the Internet of Things (IoT),  and “Industry 4.0”. Research has shown that 94% of Italian purchasing managers used a fintech at least once.

Even a historically domestic Italian product like wine has entered the world of "Industry 4.0". The company «I Borboni», operating in Caserta, has digitalized the management and logistics systems using automation processes. Still in the Campania region, but this time in Cilento, the San Salvatore Cellars have reduced the amount of applications of the Industry 4.0 plan in order  to equip the vineyard with IoT sensors. They are aimed at creating a digital campaign notebook that allows agronomists, who work for the company, to build forecasting models based on big portions of data.

A recent survey carried out by Shell Lubricants in collaboration with Edelman Intelligence has shown that 94% of the purchasing managers of Italian companies declared that they have used a 4.0 technology at least once, an index higher than the European average (86%). With regard to individual technological tools, Italy uses more autonomous equipment (60%), sensor-based equipment (56%) and interconnected equipment via the Internet of Things (42%).

Less common, on the other hand, are the technologies based on Big Data (28%) and robotics (22%), thus highlighting a clear anxiety of the country compared to international trends that experience an increasing role of data analytics.

Research by Digital360 has highlighted a similar situation. 20% of Italians are informed about what blockchain is, while the percentage of those who know the technology rises to 85% among companies. Blockchain is considered as a good opportunity by all those who are informed about its peculiarities: 53% of the Italian population think it is important for themselves and for their lives, while 68% for the economic development of the country. Among business managers, around 72% believe that the blockchain is important for their lives, 79% consider it important for the economic development of the country. In the opinion of the interviewees this new technology is particularly useful for monetary and financial transactions (43%), for cyber security (33%), for bureaucracy and public administration (29%). For managers, there are monetary and financial transactions  in the first place (71%), followed by supply chain management and distribution (50%) and bureaucracy (47%).