Blockchain & Gaming - a Match Made in Heaven 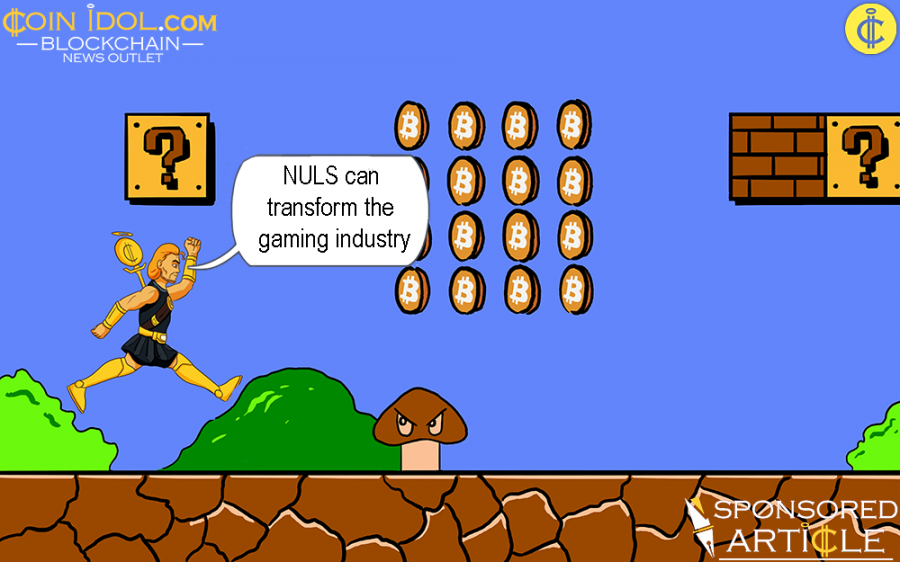 According to the Global Games Market Report, the global gaming industry generated $108.9 billion in game revenues in 2017. Since 2013, the market has continued to grow rapidly at the rate of about $10bn a year. Asia-Pacific, primarily China, accounts for about 47% of the market, North America 25% and Europe, Middle East & Africa about 24%.

Sean Yu, Investment Advisor at NULS Blockchain Investment Group said: "The online gaming market has grown significantly, but with the advent of blockchain technology, it will expand even faster. Frankly, gaming and blockchain is a match made in heaven".

He continued: "One of the biggest challenges for smaller gaming projects is lack of funding and the difficulty of gaining enough initial players to gain traction. It takes serious investment to bring a viable product to market, and many good projects fail for this reason. The current business model for most small gaming firms involves a buyout along the way, if they are lucky, because they do not have the manpower and resources to complete. Using blockchain as an alternative to hosting gaming applications, could solve many of these problems now and in the future.”

Firstly, blockchain enables a gaming company to crowd fund in the form of an ICO (initial coin offering), which could support their tech development and marketing. Secondly, blockchain provides a solution to many of the technical headaches of the gaming industry, including in-game cheating, fraudulent trading of virtual goods, slow lag times and, of course, bug fixing.

“The continuity of assets from one game to another is also important,” according to Yu. “In the past, players tended to lose their assets and efforts when a game shut down or they had to leave the game for some reason. Now however, with blockchain, players can own their assets permanently because they exist transparently on the chain, and these assets and can flow freely from one game to another, or even be traded for digital currencies.”

As an open source adaptable blockchain infrastructure, NULS understands that combining blockchain with the gaming industry offers an infinite amount of possibilities. Assuming a company has market-leading underlying technology and an established community, NULS can help developers and companies realize their ambition to deliver better games for players.

Gaming companies can raise early funding for their projects by way of an ICO, and their ICO can run on the NULS blockchain. The project creator will soon discover how much interest there is in their project, and be in a position to react early to community feedback. This is one of the benefits of crowdfunding a project, you can judge adoption early and tailor your project accordingly.

Another ongoing problem for gaming companies is the difficulty in attracting talented developers, such as 3D designers and game planners. As blockchain offers an open source framework, developers can contribute independently, in their own time, and be compensated for their work piecemeal. This opens the doors for an influx of creativity and talent globally which may not ordinarily be available.

If a gaming company runs their project on the blockchain, this facilitates the trade of in-game tokens and in-game items - solving the problem of isolated digital assets. By placing digital assets on the NULS blockchain, players can exchange in-game assets on a peer-to-peer marketplace for cryptocurrency, which can then be sold for real-world currency. By adding real world value to digital assets and storing them on the blockchain, a new form of e-commerce is created. Furthermore, blockchain makes it easier for users to switch between games and to carry their digital assets with them. For example, they could sell in-game items from one game and buy new items in a different game. This will grow the gaming industry ecosystem as a whole, while also making it easier for people to purchase items to bridge the inevitable pitfalls of entering new games.

Online lottery companies require security and transparency, which is why blockchain is of particular interest to this industry sector. All transactions run on blockchain are transparent and are listed on a ledger, which makes cheating virtually impossible. The decentralized storage and transparency of the blockchain ledger offers a better alternative in this respect to traditional centralized websites. On the NULS platform we can use smart contracts to conduct the lottery automatically without the need for human intervention. Once the lottery is complete the transaction is final and is placed on the ledger. People can even start their own lottery games on the chain and invite others to join in. Furthermore, the availability of a universal token eliminates the problem of bet settlements between different national currencies.

There is no doubt that blockchain will revolutionize the world of online gaming, ultimately improving the experience of gaming for future generations of players. At NULS, we are interested in partnering with blockchain based gaming and lottery projects, as well as crowd funding gaming who are interested in building on the NULS platform.

NULS will consider investing in the best projects and can provide some assistance with the technical roll out. NULS prefer partners who have experience in the gaming industry, be that planning, operation, development or marketing. At the end of the day, the biggest consideration is the playability and enjoyment factor of the game. Ultimately, the player is King.