Blockchain Adoption: Italy is the Third in Europe 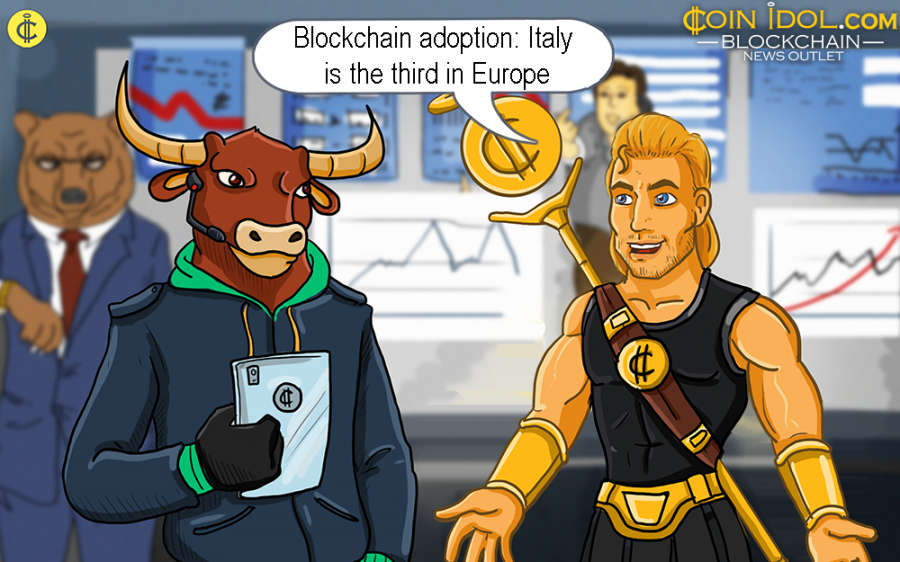 Italy’s financial market has seen a lot of investments in different projects, including those related to blockchain. However, the vast majority of them have not approved the budget yet, with 2% of the IOC considering it an important thing to do.

Blockchain is on Fire

Despite the collapse of cryptocurrencies in terms of market capitalization, 15 million euros were invested in the Blockchain projects only in Italy. There also appeared 579 projects all over the world in the period from 2016 to 2018. It should be noticed, that 328 of them were created in the last twelve months (+ 76% compared to 2017), as reported by Coinidol. The great media attention to the technology has pushed ad growth (59% of the total cases in 2018, + 94%), the number of prototypes also have increased (27%), and the percentage of solutions already in operation also have rose (14%). These indexes recorded an increase of + 56% in total, showing a sign of increasing maturity.

The most active entities in the last three years remain financial companies (48%), public administrations (10%) and logistics operators (8%), while the main application processes include the management of payments (24%), document management (24%) and supply chain tracking (22%). These are some of the results that emerged from the research conducted by the Blockchain Observatory & Distributed Ledger of the School of Management of the Milan Polytechnic.

Italy is the third European country in terms of the number of solutions (19 of which have had media visibility, but if we also look at training and consultancy, over 150), but the market is still immature. Having surveyed 61 Chief Innovation Officers of large Italian companies, we can see that about 59% of companies have started or are about to start trials, but investments are still limited (15 million euros on training, projects, and consultancy) and the 59% of initiatives do not have a dedicated budget. Moreover, Italian companies know little about blockchain and distributed ledger technologies and do not consider them revolutionary for the future: 26% confirm a high knowledge of the technology, 31% do not yet know what it is; for 32% it will be a revolution and only 2% of the IOC consider it a priority. Nevertheless, this year seems to be quite successful for such projects in Italy.