Bitcoin’s Catastrophe: What are the Consequences of Blind Crypto Investing? 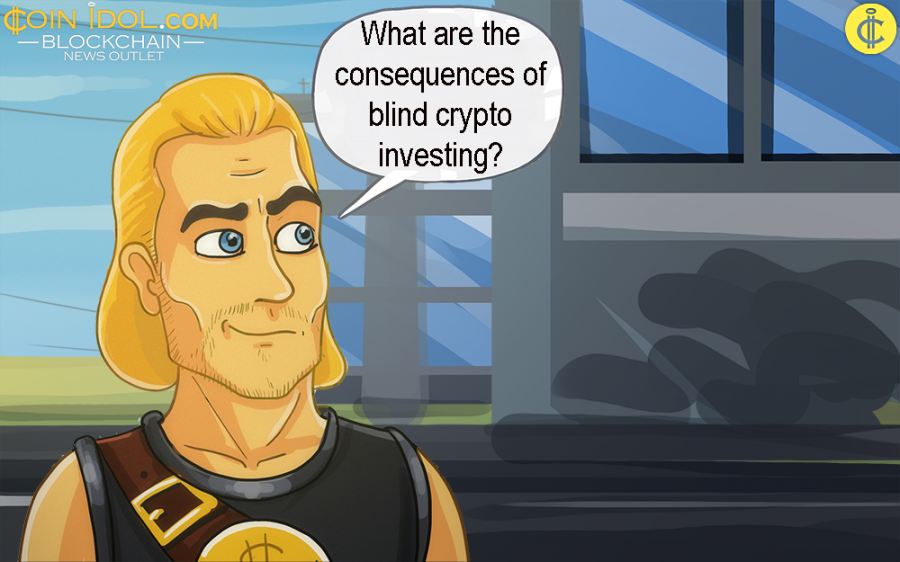 Bitcoin has caught the attention of many business investors around the world. However, the number of inexperienced investors in digital currencies is even higher. With the recent crash of the crypto market, traders are facing awful consequences and harvesting huge losses, as Bitcoin lost nearly 80% of its all-time high value.

A year ago Bitcoin reached the highest valuation of over $19,000, turning some crypto traders into millionaires. However, the price of Bitcoin has sunk approximately 80% since then and is changing hands below $4,000 at the moment of writing. As it became known, a wide range of different businesses dealing with virtual coins had to be liquidated, while ordinary individual investors had to accept the fact that their dreams to get rich quick fell apart.

According to the sources familiar with the matter, most crypto investors aimed at nothing else but earning easy money. Traders admitted that it was a unique opportunity, which they could not help but use to their advantage. Furthermore, they revealed that everyone was expecting the bubble to burst, with the deep drop of the price. But they planned to sell cryptos before that surge. Some of the investors were just blinded by the fear of missing out, as they enjoyed chatting about the future of the world with Bitcoin and blockchain.

Crypto-Related Businesses are Shutting Down

The United Kingdom has registered around 340 cases of crypto companies being liquidated this year if data from Companies House and OpenCorporates is anything to go by. Such a large decrease in the number of companies related to digital currency corresponds with the price decline of Bitcoin itself. Compared to 139 businesses closed in the previous year, the current quantity is almost 2.5 times bigger.

"I saw a lot of companies get involved when the hype was building. There are a lot of issues in that whole sector,” Hugh Halford-Thompson, an early crypto enthusiast and owner of several blockchain companies, said.
"What you've had since the crash is a clean-out of the companies that don't really have much and probably shouldn't have been there in the first place."

Tags
Investing Bitcoin Trading Crash Business Cryptocurrency Digital currency Value
Most Popular
May 02, 2021 at 09:14
News
Uniswap in Minor Retracement, Set for More Upside Momentum
May 01, 2021 at 12:54
News
Russia is Going to Establish a Special Department for Exploring Artificial Intelligence
May 01, 2021 at 11:58
News
Dogecoin Price Pushes To The Upside; Can Bulls Breach The $0.45 Resistance Zone?
May 01, 2021 at 10:10
News
VersoView: Building Brands and Communities with Unique Blockchain Publish, Engage and Reward AI Solution
May 01, 2021 at 09:16
News
Polkadot Resumes Fresh Uptrend, Targets Resistance at $48
More