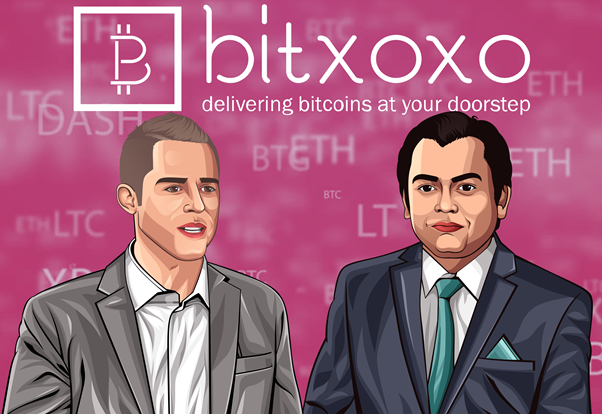 Even as the Indian government has explicitly acknowledged the need for Blockchain and has shown enthusiasm in acknowledging it, the country’s central bank, the Reserve Bank of India (RBI), effectively asks the Indian banks not to support the entities involved in cryptocurrencies. As a result, India’s largest exchange  Bitxoxo, shifted its operations to and is now incorporated in Australia and setting its sights on expanding into Singapore and the Middle East, where the regulatory environment is more welcoming. The team is on the verge to complete all the legal compliance associated to run the cryptocurrency exchange in Australia. The company has also launched its Token Sale, which has already completed its pre-sale on the 30th of April, sold 5 million XOXO tokens.

The Token Sale was initiated to fund this expansion and the creation of new products and services, and will go live on the 5th of May and will last till the 31stof May, 2018, with 10M XOXO tokens available at a minimum price of USD 2.

Roger Ver (Founder & CEO, Bitcoin.com) and Mate Tokay (COO, Bitcoin.com) are extremely prominent influencers and investors in the Bitcoin and cryptocurrency ecosystem and have played a crucial role in helping  Bitxoxo expand out of India. Bitxoxo envisages a world where Bitcoin and BCH have become the basic unit of exchanging value across the world, bringing greater freedom to users who will no longer have to depend upon governments or banks to transact with each other. Contributors into Bitxoxo’s Token Sale will be funding the creation of a BCH Marketplace, BCH E-University Certification Program and a BCH enabled PoS System to name a few. In addition, these funds will be deployed in taking Bitxoxo to markets like Singapore and UAE while expanding the company’s operations in Australia. The company also intends to set up an incubator to invest in, grow, and promote Blockchain startups.

Other prominent advisors are Stephen Drew, Member of Crypto Hedge Fund based in NYC and the Caymans. Janya Eighani is professional leading lawyer and founder of Law firm Lehman Walsh in Australia. Bruce Jeong is a certified accountant and an established lawyer who has also worked in private equity and as the COO of New York Consulting Group, Laura Zaharia, Robby Schwertner, Sydney Ifergan, Boris Otonicar are our skilled advisors helping to grow and spread our project.

“Unlike other ICOs, this isn’t an investment into a new and untested exchange. We have had over two years of experience in running one of the most successful cryptocurrency exchanges ever, responsible in part for making Bitcoin a household name in India. We are focusing on expanding and creating Bitcoin Cash (BCH) ecosystem. We are extremely grateful for the guidance and support received from eminent personalities in the cryptocurrency universe like Roger Ver and Mate Tokay, and look forward to associating with them to spread the awareness of Bitcoin cash and Blockchain technology to the world.”

The company has been running its operations successfully in India since July, 2016, when it was incorporated by Hesham Rehman and Mohammed Rezwan, who are now the company’s CEO and COO respectively. Having begun operations well before Bitcoin’s recent rise in prominence in 2017, the platform has been incredibly popular and successful in markets across the country. After reaching a 100,000 active users in late 2017, the company launched the mobile version of its platform for both Android and iOS, bringing more convenient access to its customers. Its innovative products, like World’s first Bitcoin prepaid gift card and Token Sale Launchpad.

To which Rehman concluded:

“We are receiving numerous number of application on daily basis from token owners to review and list them on our ICO launchpad and upcoming marketplace platform.”

About Bitxoxo: Formally launched in 2016, Bitxoxo Bitcoin exchange, aims to deliver bitcoins at the doorsteps of its customers. Operating on a 24/7 basis through its unique chat, emails and phone support. Bitxoxo achieved milestones in a very short span of time like the Token Sale Launchpad, Physical Gift Cards, Referral System and XOXO Token Sale.

Bitxoxo is the source of this content. This press release is for informational purposes only and should not be viewed as an endorsement by CoinIdol. We take no responsibility and give no guarantees, warranties or representations, implied or otherwise, for the content or accuracy. Readers should do their own research before investing funds in any company.