Bitfinex to Have its Injunction Modified by Supreme Court 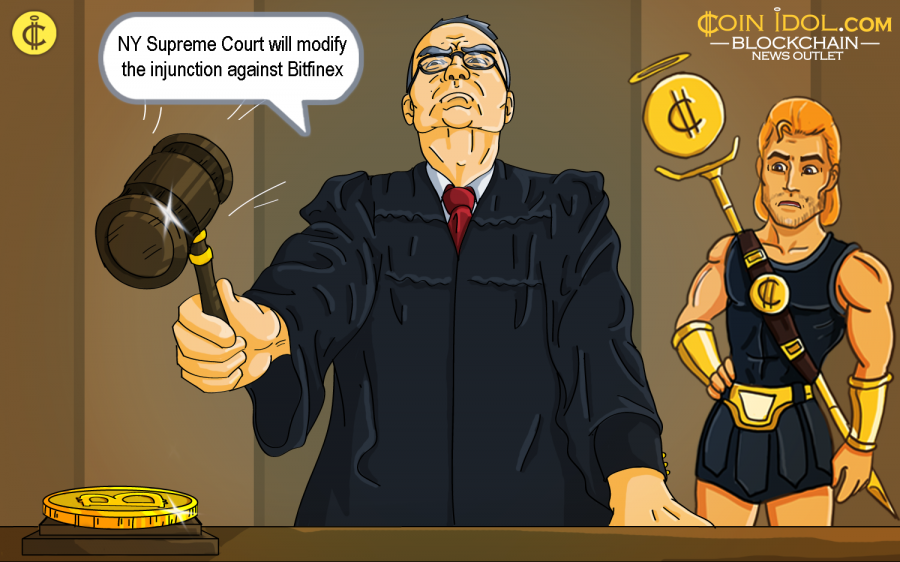 The New York (NY) Supreme Court will modify the injunction against cryptocurrency exchange Bitfinex because it is vague and unclear. The injunction against the company’s digital currency business, was obtained by NYAG. The court made a ruling that Tether should not loan cryptocurrencies to the exchange, unless it is a standard recognized way of doing its commercial activities.

The Hong Kong based cryptocurrency exchange managed by iFinex Inc., revealed in an announcement that this particular motion was decided by Justice Joel Cohen.

The order also demands both companies immediately turn over material concerning a loan that was given to Bitfinex by its allied stablecoin offerer Tether.

According to the findings, it discovered that the initial directive has to cover OAG’s genuine law enforcement apprehensions without hampering with Plaintiffs’ authentic commercial undertakings.

Bitfinex has come out to say that the court was forced to grant them a motion to change and adapt the gotten injunction claiming that the initial directive was very vague, excessively broad and was not being limited by time.

According to the order, this particular court injunction will become obsolete in just three months and NYAG will look for any sort of renewal from the supreme court.

Late last month, the office of the NYAG – NY Attorney General - revealed that the legal search conducted by prosecutors discovered that Bitfinex made a huge loss of over $850 mln in user & company funds, and the exchange used the money from Tether with the aim of covering the deficit. Bitfinex was taken to court and sued over $850 million scam action that it conducted using Tether funds.

NYAG further revealed that it got an order against the company that manages both Bitfinex and Tether called iFinex Inc., directing it not to try violating NY law or even deceive, con, cheat populaces and other users in the coming time.

The state of NY continues to tell all cryptoasset businesses that they should run according to the existing law. And promises to continue protecting and standing-up for cryptoasset dealers investors, users and other participants in the market, and if necessary seek legal justice for them when hoodwinked exchanges.