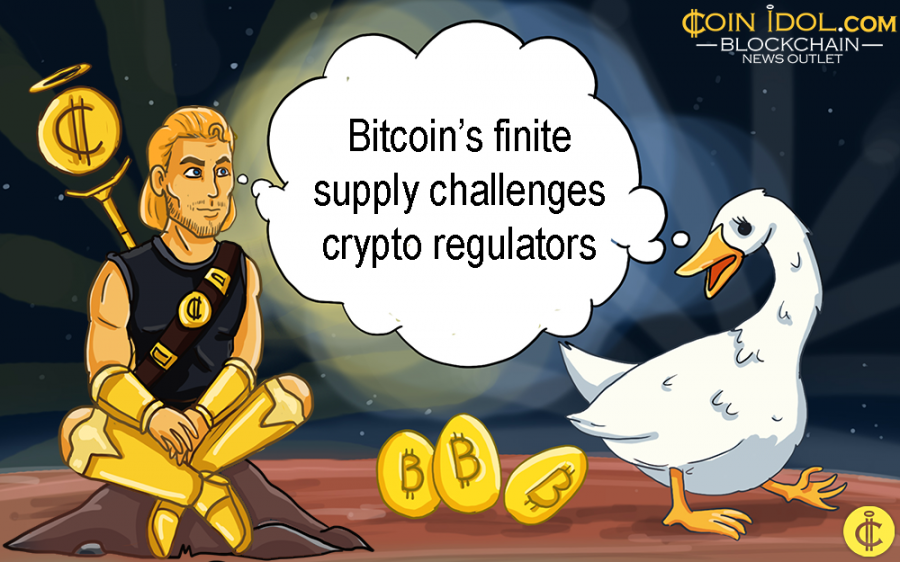 The CEO of the foremost U.S. derivative market CME Group Terry Duffy revealed on March 25, that Bitcoin’s finite supply (limited amount) is a big challenge for regulators. This makes over 21 million Bitcoin (BTC) which will ever exist a totally different thing compared to the ever-growing money supply of now.

He believes that stablecoins which are pegged to the USD or euro stand more chances of being massively adopted since they possess some key characteristics of fiat money.

Duffy thinks that the failure to run Bitcoin, the leading crypto by market cap (MC), on a deficit is puzzling for regulation. He went on explaining:

“The governments can't run unless they can run on a deficit. I am trying to figure out why they would say, 'Sounds cool to me, because I want to be accountable and run everything on even-for-even basis. I can't borrow against anything.'”

Consequently, a key selling point of several digital currencies, a finite supply, is a hindrance to their greater adoption by state bodies – according to Duffy. He also notes that regulators are still suspicious about crypto including Ethereum, Ripple and others since they are a quite new financial instrument, he explains:

The CEO of CME Group further echoed his opinion that big commercial banks are doubtful to participate in the crypto market unless governments globally start allowing digital currencies.

According to Duffy, since the BTC’s supply is finite, it doesn’t fit into the existing traditional (fiat) model.

“How do we understand how to get the cryptocurrencies in there, but just have them backed up by fiat, and let that work as it is,” Duffy revealed this in an interview at FIA’s International Futures Industry Conference in Florida, U.S earlier in March.

Several cryptocurrency magnates and financial bulls go for stablecoins as the secure and best use case of digital assets. A good example is that of the Winklevoss twins, who rolled out their private dollar-pegged stablecoin called Gemini dollar (GUSD), and are optimistic that stablecoins plus tokenized securities could be the future of digital currency innovation and novelty.

As a matter of fact, Duffy thinks that the crypto industry should focus more on utility instead of focusing on price speculation.

“Once you get the use of it, the price will take care of itself. But the argument has gone only to the price of say BTC or any other crypto. No one is talking about, ‘How do I use this asset?”

Stablecoins hold further promise than standalone digital currencies, since these are more practically useful in daily financial structure, according to Duffy.