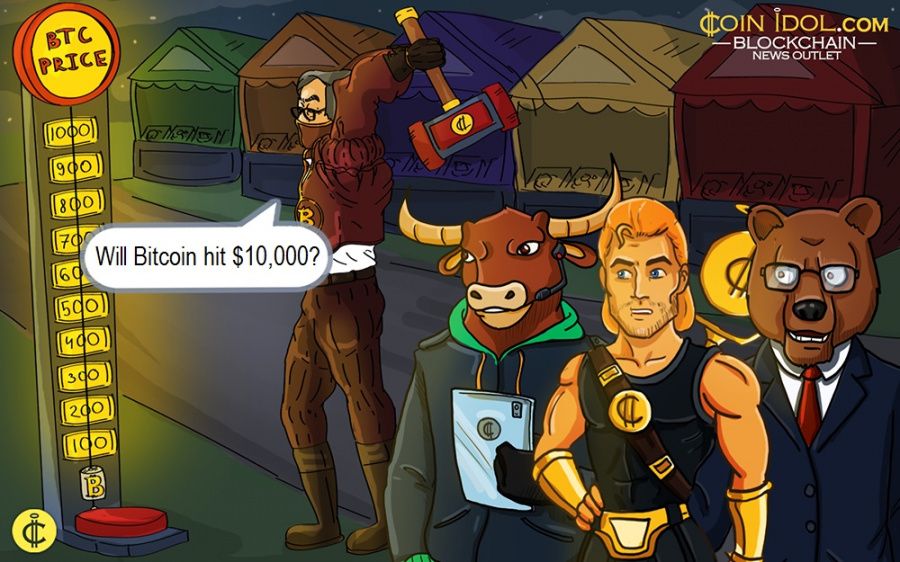 In the past 24 hours, Bitcoin (BTC) has surged around 20%, skyrocketing to the $9,400 level. The volume of transactions also soared by more than double and increased the upward momentum.

If Bitcoin crosses the $9,500 resistance level, it is likely to even break the $10,000 resistance level in the near future. In this process, the looming halving is also expected to act as a major price catalyst. However, presently we observe a drawback to around $8,700. 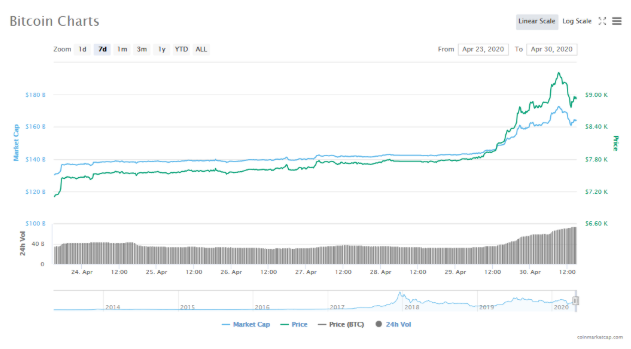 Investment sentiment also increased significantly compared to the previous day. According to cryptocurrency data provider Alternative, self-established 'crypto fear and greed index' recorded 44 points, up 18 points from the previous day. It is a form in which the feeling of relief is clearly restored. The index closer to 0 indicates extreme fear of the market, and closer to 100 indicates extreme optimism. 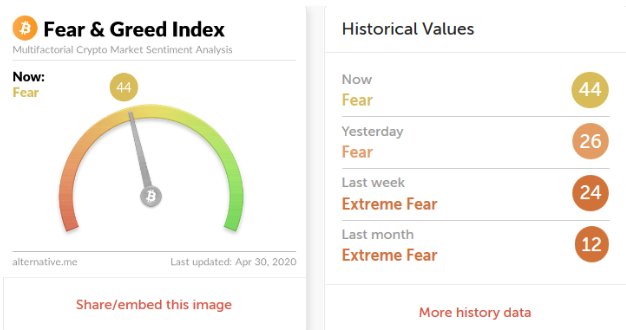 The Daily MACD (moving average convergence/diffusion index), which is the main technical indicator, is currently gaining momentum in the bullish sector. BTC broke the key resistance of $8k to open the door for $10k. But if it doesn't cross the $9.5k resistance level, it can retreat to the $8.5k support line.

On the other hand, this momentous gain in Bitcoin has soared with a very steep slope in a short period of time, so the short-term relative strength index (RSI) has reached 100. This is a technical announcement that triggered the start of the 300% massive rally in 2019. It is a coincidence with the indicators, which implies that the same explosive rise as 2019’s may happen again.

Is it time to celebrate?

Meanwhile, according to data from TradingView, BTC/USD broke through the $9k level today after touching a low of $3,850 on March 13th, skyrocketing by over 130%. This is a recovery rate that greatly exceeds the Dow, which is recognized as the weather vane of the US stock market. In response, cryptocurrency trader Alex Saunders diagnosed that Bitcoin has become the best performing asset again in 2020.

Dan Morehead, the founder of cryptocurrency and blockchain company Pantera Capital, also indicated on his Twitter that, this year, Bitcoin price growth has surpassed gold. BTC was born in the financial crisis and it will develop and grow further in this one.

On the other hand, other cryptocurrency venture capitalists have warned that Bitcoin and other crypto buyers and sellers shouldn’t hurry to celebrate the return of the BTC bull market. According to the report by Forbes, Meltem Demirors, Chief Strategy Officer, CoinShares, a digital asset management firm, revealed that BTC prices soared and rallied above $8,000, but the market sentiment has not yet increased bullishly. It's not an optimistic shift in itself. It's still too early to celebrate.