Bitcoin Trades Above $7300, Is the Next Bull Run Near? 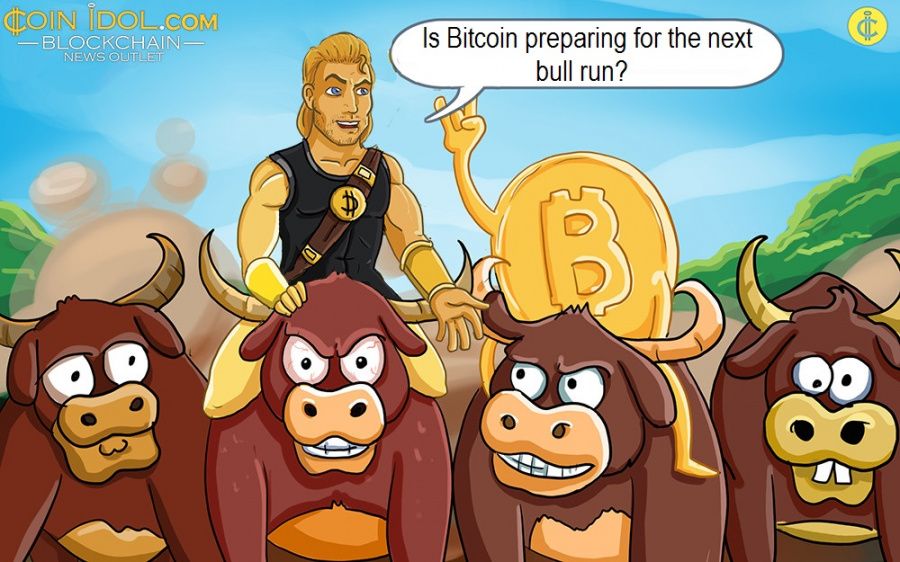 The world’s number one cryptocurrency, Bitcoin, has resumed its upward trajectory and is expected to trade above $8,000 soon. Bitcoin has now hit and exceeded the $7,000 resistance level. This momentum is one of the signals of a massive rally and a possible bull run.

Bitcoin (BTC/USD) is currently changing hands at around $7,368 with a market cap of over $134.92 billion and volume of $47.48 billion. BTC has managed to gain more than 4.77 percent in the past 24 hours and has stayed almost unchanged on a daily basis. BTC is still dominating other tokens by 64.3 percent. 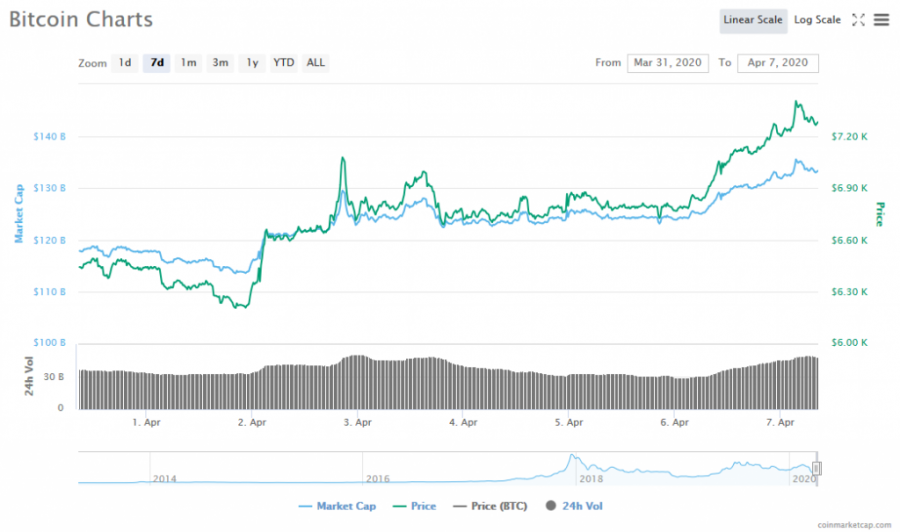 Though the prices of Bitcoin are high, its hash rate has been flat for almost the entire March and its network is continuing to function efficiently. A few days ago, about 100k BTC (approx. $633 mln at that time) was transferred at a charge of just $0.26.

Other altcoins are also on the rise 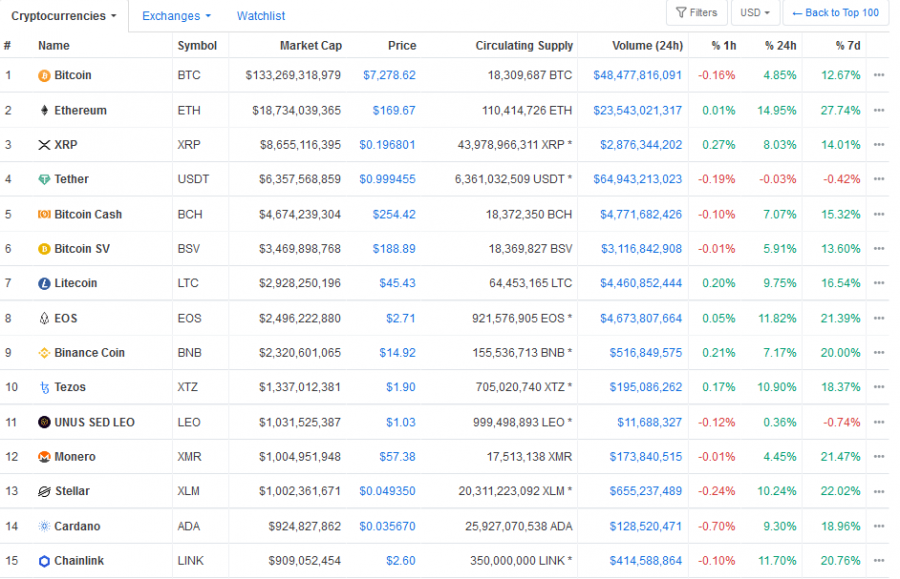 However, Tether (USDT), a token that has been stable since the start of this year is now facing it rough. The 4th token by MC is changing hands in red at $0.999455 (-0.03%), with a market cap of $6.36B. Even though Tether is moving downside, it still has the highest daily trading volume (of $64.94B) among all the cryptocurrencies – followed by BTC with $48.48B and then followed by ETH. 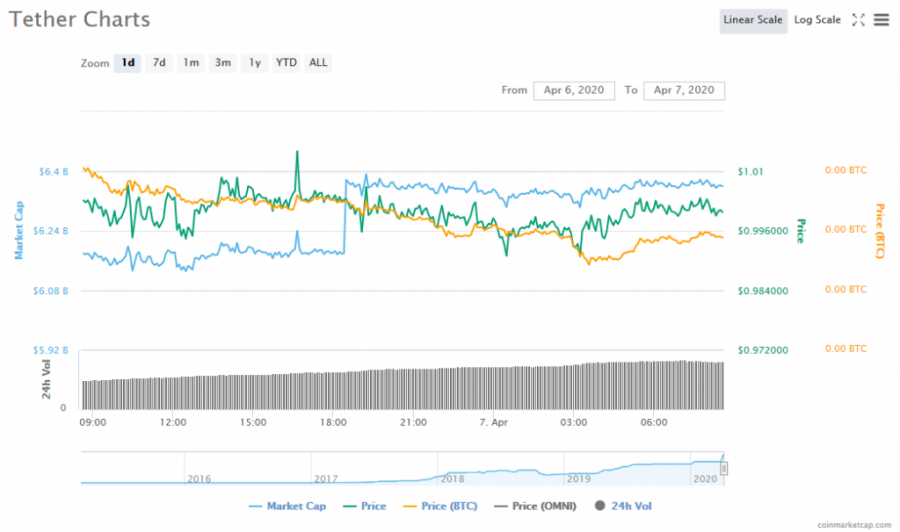 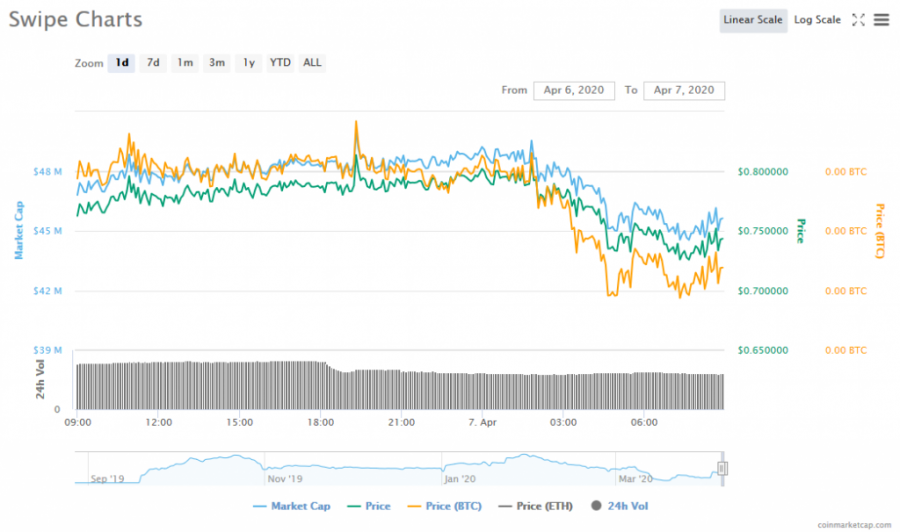 Another important thing to focus on is the correlation occurring in the global markets. BTC and Gold are competing with each other and as Coinidol recently reported, investors are more likely to start massive investments in Bitcoin after all the gold has dried up in the market due to the coronavirus pandemic.