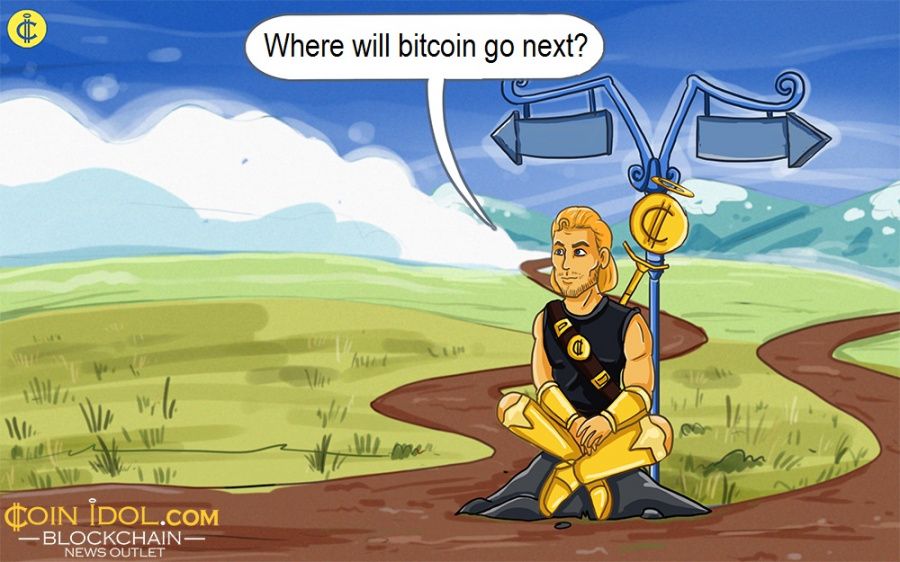 On April 16, the world’s leading cryptocurrency Bitcoin (BTC) plunged to the point where it could barely maintain $7,000 at several digital currency exchanges such as Upbit, Binance, BitMEX Bithumb and many others. Stock markets globally are also showing weakness.

At 9:04 PM New York Time, Bitcoin was trading at $6,549 at the world's largest cryptocurrency exchange 'Binance' and at the same time, it was changing hands at 801 million won (around $6,534) Upbit and Bithumb.

BTC could bounce from here

The recent weakness was as the stock market showed the strongest gains in decades after the share price rise last week. The Google Finance Awards S&P 500 index ended 2.20% lower than the previous day's closing price and the Dow Jones fell to a similar level. This trend is due to the 0.74% drop in both the S&P 500 and the Dow Jones since the closing price on Wednesday in the futures market.

Furthermore, Bitcoin seems to be strengthening once again, despite the fact that it is a 'value storage means'. As a trader Big Cheds indicated on Twitter, Bitcoin has been hitting the lowest for several days, but it may rebound. At the end of March, when the bottom of the Bollinger Band was breached, BTC had risen 8% in two days. The cryptocurrency went through this price adjustment four times this year.

Narrowing of the bull trend

However, the market is still dominated by the view that Bitcoin is more likely to be weak. Recently, Bloomberg reported that the GTI Vera converged divergence indicator, which measures whether prices are shifting up or down, is pointing to Bitcoin's weakness.

In mid-March, the indicator suggested that Bitcoin's bull market was entering weakness. In this report, a big drop was predicted, saying that "potentially, BTC could test the $6,500 line."

Meanwhile, according to the report by The Block, CME’s (Chicago Commodity Exchange) bitcoin futures trading volume and unpaid agreements surged in new account transactions in the first quarter of this year despite falling dollar value. Although the liquidity of the cryptocurrency derivatives market has decreased as investors sold their assets since 'Black Thursday' on March 12, CME's daily trading volume of Bitcoin futures increased 111% from the fourth quarter of 2019. It was evaluated. 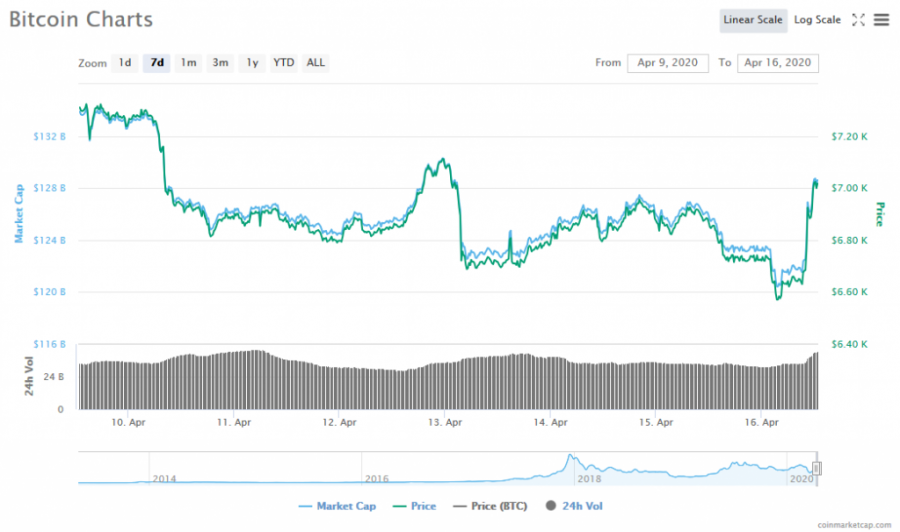 At press time, the Bitcoin price is changing hands at about $7027 (2.53%) after adjusting upwards from the opening value of $6,621. The current movement is bullish but the low volatility means that venture capitalists shouldn’t forestall swift price trends with positive trajectory. The market cap of BTC is sitting at around $128.7 billion with a volume of over $42.837 bln and dominance of 64.0%.