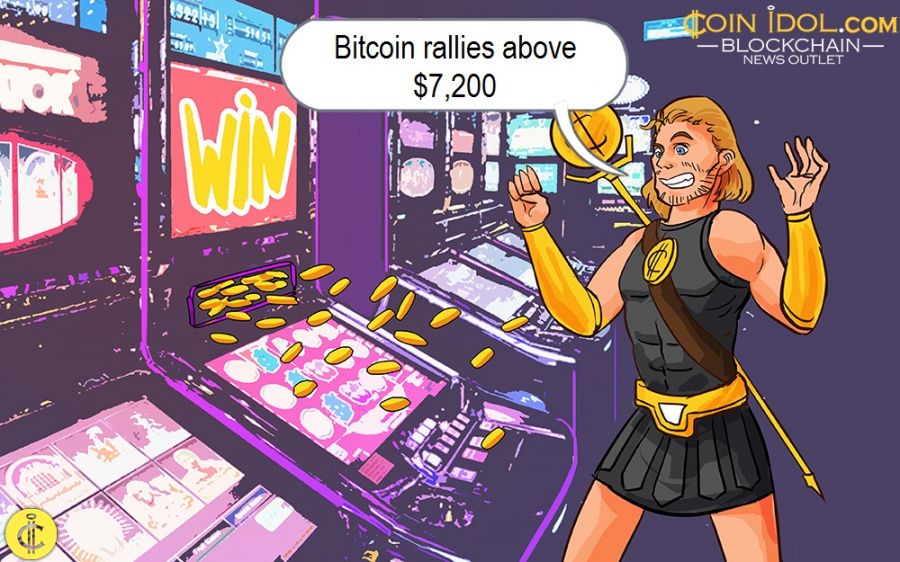 Surprisingly, the bulls failed to sustain the price above the $7,000 overhead resistance after BTC rebounded and a price spike followed on April 2. The bears have earlier taken BTC to the low of $6,180 and immediately the price rebounded to a high of $7,049.

BTC also encountered a price spike which rally above $7,200. The bulls could not sustain the upward movement due to stiff resistance from the bears.

The bears pushed price downward and Bitcoin found support above $6,800. The market is now consolidating above $6,800 pending the determination of the next move of BTC. Meanwhile, buyers are pushing upward for another possible retest. Failure of the bulls in this attempt will invite the bears to sink Bitcoin. Nevertheless, if the bears turn around and break the $6,800 support, the downtrend may resume. 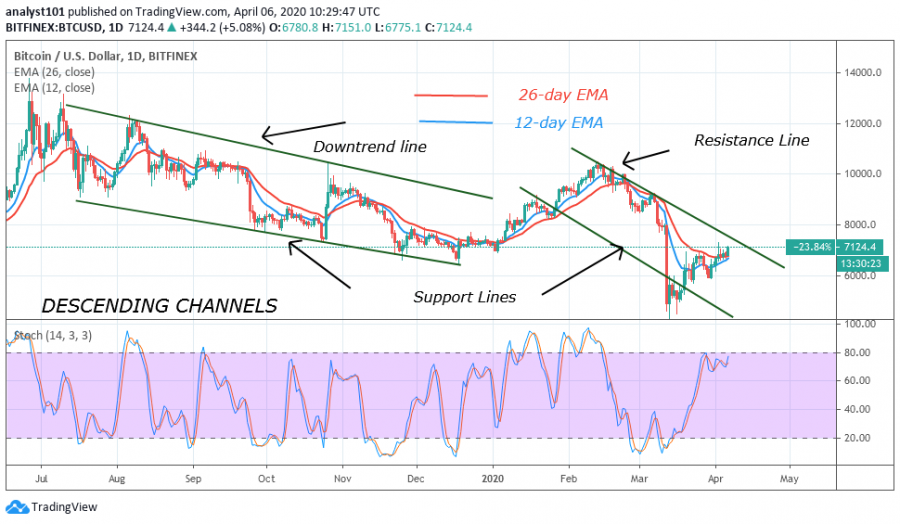 Bitcoin has been fluctuating between $6,000 and $7,000 since March 20. On many occasions, the bulls have taken price to the high of the overhead resistance to break it. This has proof abortive. Possibly, a bullish breakout will take Bitcoin out of the resistance zone. Similarly, the bulls have stopped the bears from sinking BTC beyond $6,000.