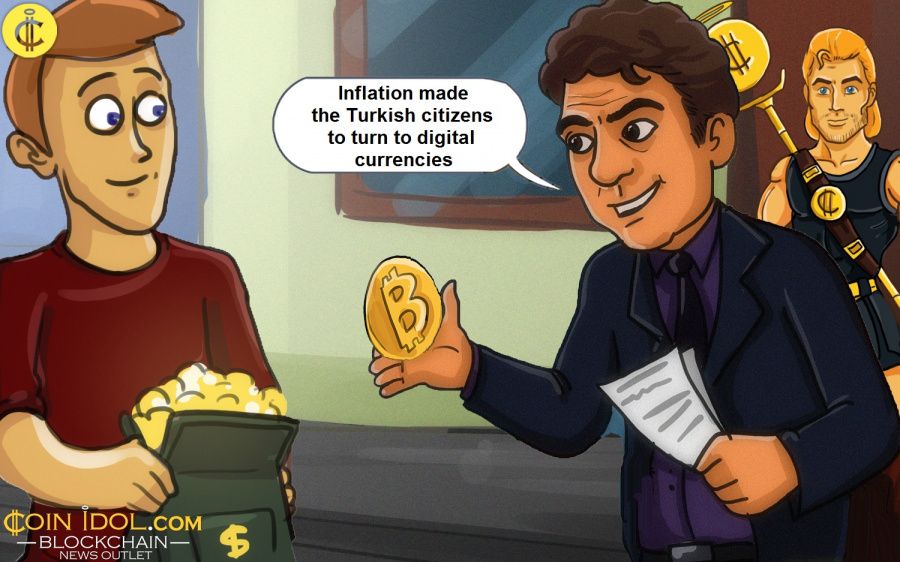 The price of Bitcoin has dropped by about 4% following the news by the central bank of Turkey to ban cryptocurrency payments starting from April 30.

The regulator has cited the level of anonymity behind cryptocurrencies that hauls the significant threat of non-recoverable losses.

The inflation in the country has made the citizens to turn to digital currencies investments so as to protect their wealth and savings from the increasing economic crisis and the falling traditional currency lira. The inflation in Turkey is now nearly at 16.3% and this has weakened the lira’s value.

As per the decree released on April 16, the regulator has banned cryptocurrency business firms which offer services related to payments and digital fund transactions from conducting transfers involving digital currency platforms.

Since the industry is not regulated, and the supervision mechanisms on digital tokens are lacking, prices of cryptocurrency facing high volatility, plus the history of criminals using tokens to commit crimes such as money laundering, and other factors forced the Turkish central bank to make such painful decision on the nascent cryptoasse industry.

The move by the regulator to ban cryptoasset payments comes a few days after the owners of a tea business in Çorum had allowed its customers to start paying using Bitcoin, a thing that caused the prices of Bitcoin to shake from $58k to $63k, a gain of about 7%, at that time.

The country has been known as a currency that supports innovation, and it had started on the program to regulate and audit Bitcoin, a thing that gave a ray of hope that the government would leave the citizens to exercise their financial freedoms, and even go further to support blockchain, fintech related innovations. The business-minded people in Turkey had even started to position themselves better so as to tap into the potential benefits that will come along with blockchain and digital currencies including CBDCs in the future.

Now, the news that the Turkish central bank has led the prices of Bitcoin, the largest cryptocurrency by market cap to drop from $63,821.67 to now about $60,941, indicating a drop of over 2%, at press time. 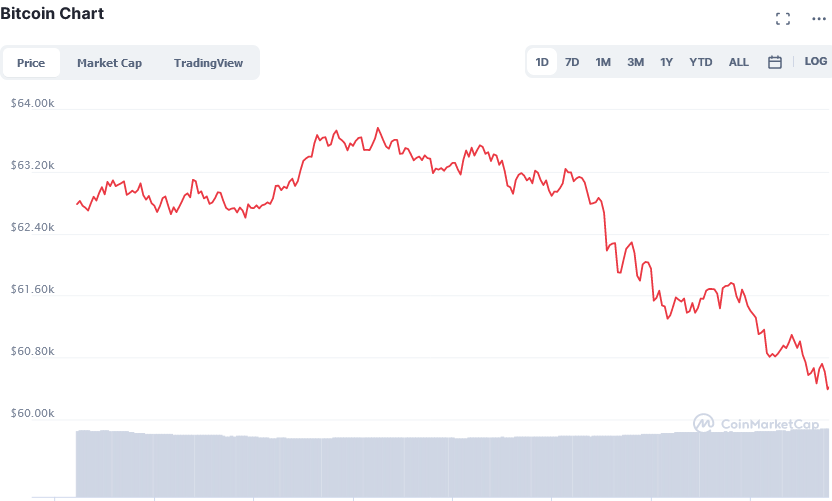 The ban has come at a wrong time of the pandemic. During the Covid-19 pandemic, several governments and healthcare organisations have been encouraging their people to use contactless payments including digital currencies, so to see Turkey banning cryptocurrency payments when the pandemic is still looming.