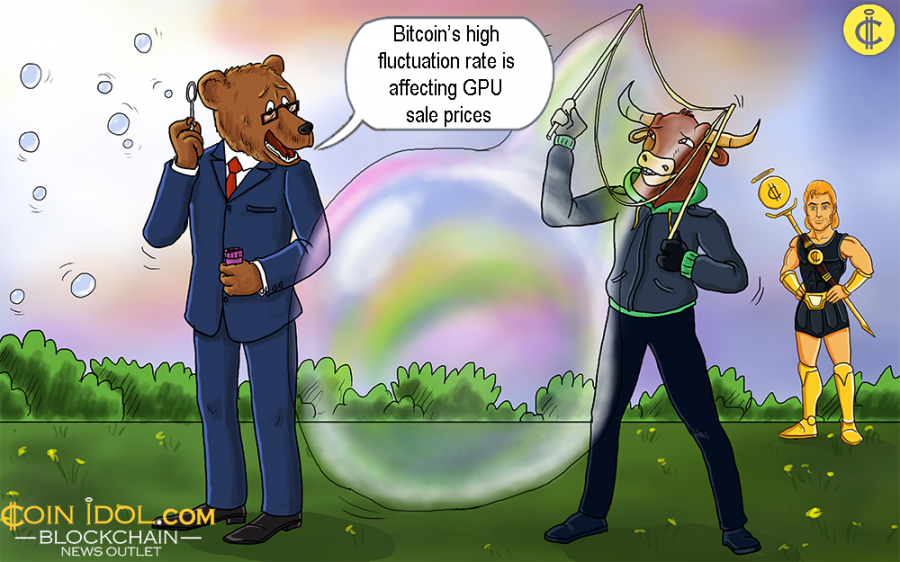 While as Bitcoin is not the only cryptocurrency experiencing value fluctuations, other sectors of the industry are beginning to alure in the direction. Bitcoin, Ethereum and other cryptocurrencies globally rapidly increased in 2017 that led to born of a new market - cryptocurrency mining. Very many people attempted to mine bitcoin and others had it as a dream. People went ahead to ascertain the technical requirements in order to go for such daring undertaking.

In April, ComputerWorld disclosed that AMD RX580,  NVIDIA GeForce GTX1070 and AMD RX480 were most famous gaming processor cards - or Graphics Processing Unit Cards (GPU). NVIDIA's was being traded for over $700 at that time, yet it was once sold off at $380.

Cryptocurrency miners increased their search for GPUs to the extent of NVIDIA advising its own retailers to consider prioritising sales to gamers instead of miners. Nevertheless, Advanced Micro Devices (AMD) was the epitome brand of choice for many cryptocurrency miners, until when the supply was depleted.

Crypto mining led the sales of GPUs used as add-on cards for computers nearly doubled just in the last three years, from $2.7 billion to $4.7 billion.

Gartner, a research and advisory company, approximates the revenue from GPUs that were installed in data centres scored a great gain from $168 million in 2015 to $1.1 billion today.

Just as cryptocurrencies around the world fluctuate in value, GPUs value has been also depreciating highly. As per Jon Peddie Research, more than 3 million GPUs valued $776 million were traded away to cryptocurrency miners last year, with AMD topping.

"We expect demand to slacken from the miners as margins drop in response increasingly utilities costs and supply and demand forces that drive up GPU prices," Dr. Jon Peddie said.

As cryptocurrencies remain on this trend to irrelevancy, we hope other major sectors of the industry to indicate other similar signs of depreciation. Considering Coinbase as an example, it recently went from being the leading App in Apple's App Store to falling to the bottom. And now GPU sales are also showing the last kicks of a dying horse. What’s next is not yet known.

Tags
Industry Price Rating Sale Bitcoin Cryptocurrency Value Mining Ethereum Dream
Most Popular
May 03, 2021 at 15:03
News
China Eyes February 2022 Beijing Olympics for Digital Yuan Launch but Is It Still Viable Amidst COVD-19 and Rising anti-China Movements?
May 03, 2021 at 14:17
News
Ethereum Rallies Above $3,000, Breaches More Resistance Levels
May 03, 2021 at 13:00
PR
Everything You Want to Know about Stellar, and Why it’s Getting Added to 1xBit
May 03, 2021 at 12:17
News
Bitcoin Reclaims $58,000 Support as Bulls and Bears Resume Price Tussle
May 02, 2021 at 11:54
News
South Korea Announces Testing of CBDC Right After Imposing a New Tax Framework; Is It a Coincidence?
More