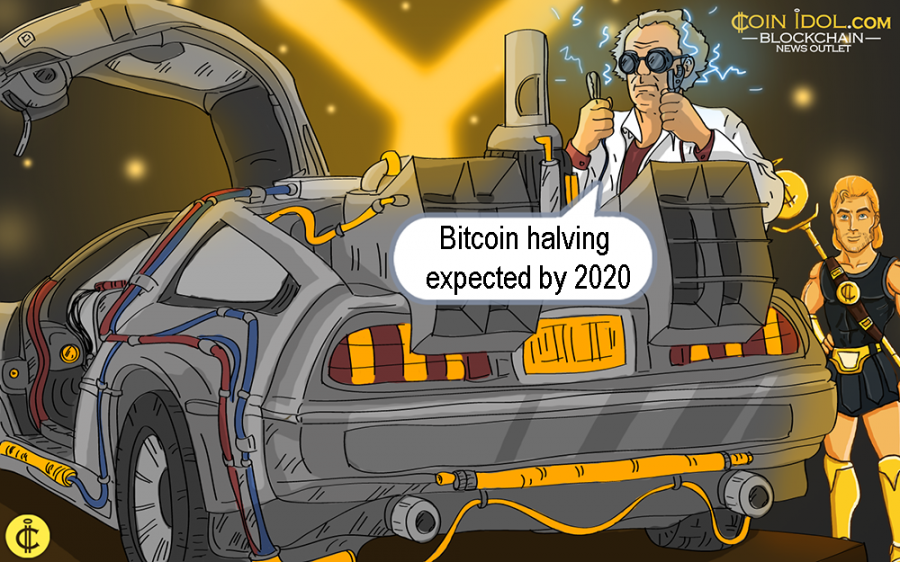 Sometimes, we use history to forecast what will happen in the future. Back in 2015, one YouTuber predicted correctly that bitcoin will see a bull market in 2017, a prophecy that came to pass.

On October 12, 2015, YouTuber Contrarian Dude, officially posted a video dubbed “Bitcoin Prediction: June 2016 will begin the next big bubble. Massive profits await Bitcoiners”, saying that the flagship crypto will see a bull market soon. From the market charts, this prediction has not been too far off Contrarian Dude’s forecast.

When you look at the 7-day BTC chart from Bitstamp, the YouTuber is not too far from his forecast. 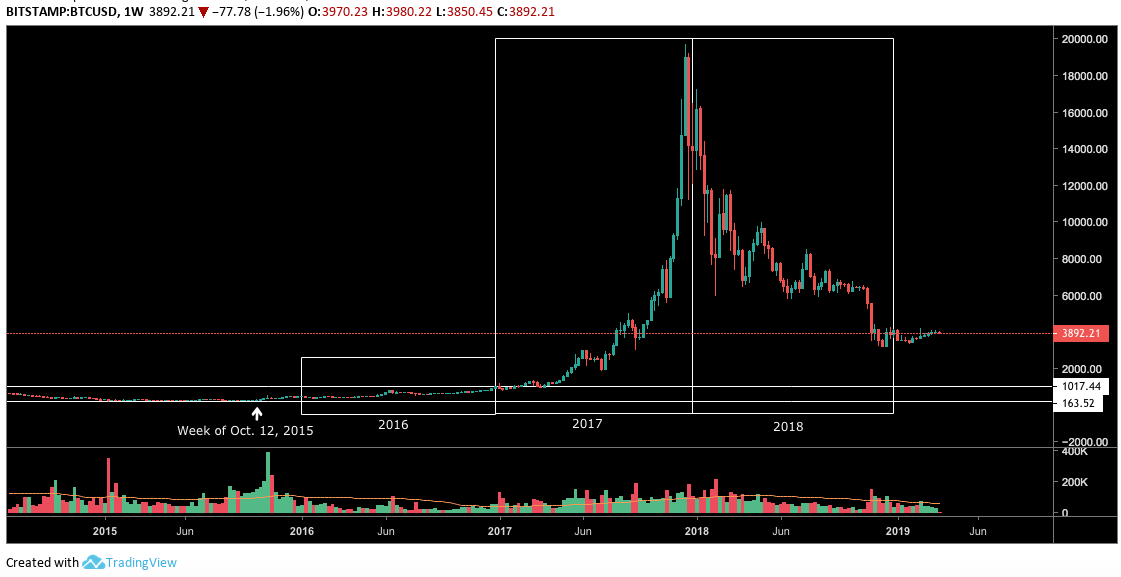 The Contrarian Dude further said at the time that the factors that caused the bubble are the same factors that will bring another massive run-up in price, with a bubble and pop in 2016.

He further stressed that the halving was the major factor for the price run-up. The Video explained that:

“Earlier this week, the 50 BTC reward given to miners that successfully find blocks of Bitcoin transactions was halved to 25 BTC. This means that the gross income of miners is now half of what it has been since the crypto’s inception. As a result, many miners – especially those using graphics cards – will have to re-evaluate their net earnings to determine if they are still making any profits from mining coins after hardware and electricity costs are taken into consideration.”

Basing on the 2016 halving, Contrarian Dude also anticipated the time that a similar reaction to happen if the demand didn’t divide in half. He added:

“I think it will be the start of another big, massive bubble. We’re going to blast through the all-time high of $1,200 per bitcoin.” “Then, of course, it will have the traditional crash and burn or pullback, probably 50-80% from that.”

TechCrunch also officially published an article about the 2016 BTC halving on Saturday, July 9, 2016.

BTC Could Recover into 2020 Halving

YouTuber’s forecast of such an enthusiastic bubble, and bubble popping happened, though it occurred beyond the expected time. However, similar bullish feeling now exists since Bitcoin is expected to halve by 2020.

In a period of 10 years, Bitcoin has passed through a series of “boom and boost cycles.” With the range between the highs of 2014’s and 2017’s parabolic rebounds totaling to $19,000, some analysts would claim that this burgeoning market has a very slow, yet pervasive heartbeat.

Recently, Filb Filb, a crypto analyst, produced a chart on Tradingview which disclosed astounding pre-halving similarities between the year 2015 to 2019.

The chart in question underlined the USD value of Bitcoin from mid-2014 to date, while also trying to forecast the future price trend. As per Filb’s drawn lines, Bitcoin may have by now made a long-term low at $3,150 in mid-December, when the crypto briefly moved below its crucial moving average. Remarkably, the same chain reaction happened when the leading cryptocurrency by market cap bottomed in 2015, just 18 months before 2016’s halving.