Bitcoin Is Not Gambling: Relying on Luck Could Drag Traders into Huge Losses 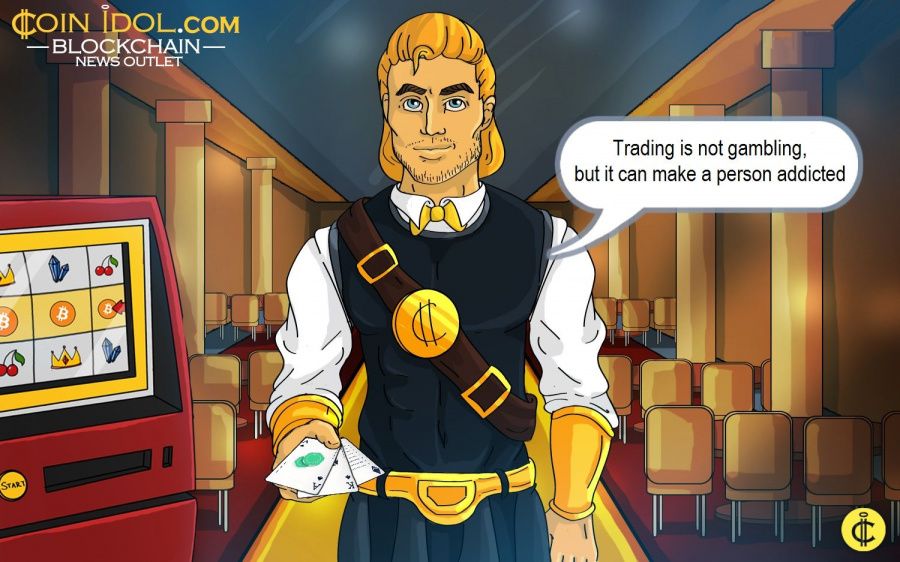 The crypto industry was overlooked by many people for quite a long time until it proved to be a much more lucrative venture than most investments in the other sectors. As such, many people join crypto trading because of the “Fear of Missing Out” (FOMO) effect which only leads to big losses and disappointments.

The nature of the crypto market

Although the crypto market has been volatile from the day the first digital currency was launched in 2009, characterized by big upswings and bursting bubbles, it seems to get worse day by day. The crypto market concept is built on the principles of demand and supply, but several factors are particularly responsible for such a high level of volatility and uncertainty including media, speculation, technology trends and the digital nature of cryptocurrencies.

Bitcoin, the first cryptocurrency to launch in the world, though many analysts now say its volatility has instead been decreasing surprised many traders for a long time. When it first experienced a bubble in 2011, the price soared $30 and was at $2 later. In 2017, a similar scenario happened where bitcoin price on December 17 was at over $19,000 and surprisingly plunged 45% to a little below $11,000 on December 22. The most recent bitcoin volatility was seen on November 17, 2020, the highest increase by at least 400% since March this year. The same coin is apparently trading at $18,400 on most exchange platforms.

“Luck principle” does not work in crypto trading

Crypto trading is still taken by many as a “lucky person’s” activity, but from the above illustration, it is clear that the crypto market is extremely uncertain and as such, trading in cryptocurrencies should not be taken lightly if traders were to maximize their profits. Purchasing crypto simply because a friend mentioned it is worth trying could lead to massive losses.

The less well-off South Korean youths, burdened with the huge social class divide in the country have named themselves “dirt spoons” to protect the unfair social privileges enjoyed by their better-off (gold spoons). The dirt spoon crew have looked to crypto trading as a way of improving their social status. However, most of them have been disappointed by the outcome of their engagement with crypto. According to The New York Times story, a 27-year old Kim, a South Korean millennial, continued the “ gambling-like” habit while trading crypto after earning a fortune from crypto. As a result, he lost everything.

In 2018, the Ripple co-founder Chris Larsen, also one of the world’s richest crypto investors lost 44 billion dollars’ worth of digital assets when Ripple plunged by a large margin on January 4, 2018, forcing Chris into over 44 billion loss.

Peter McCormack is one of those crypto traders with a double-edged sword story. He invested EUR 5,000 in buying bitcoin in January 2017, made up to EUR 1.2m by January 2018 and suddenly lost almost all of it.  Mr McCormak kept hoping that bitcoin value was constantly on an upward trend, ignoring the fact that prices of digital assets depend on various market parameters.

Whenever trading in cryptocurrencies, luck does not matter much but rather one’s concrete knowledge of the market dynamics. The mistake most crypto traders always made is “just buying and selling” crypto without much analysis of the market situation. The crypto market has become more competitive than ever before. Prior research is needed to guide crypto traders on when to buy and when to sell digital assets.

The crypto market is real and is one of the most volatile on earth. It could lead to great profits but also big losses within a short time. The FOMO concept is simply misleading traders today. Successful crypto traders are aware of the market volatility, risks involved in trading as well as their intentions to start trading.