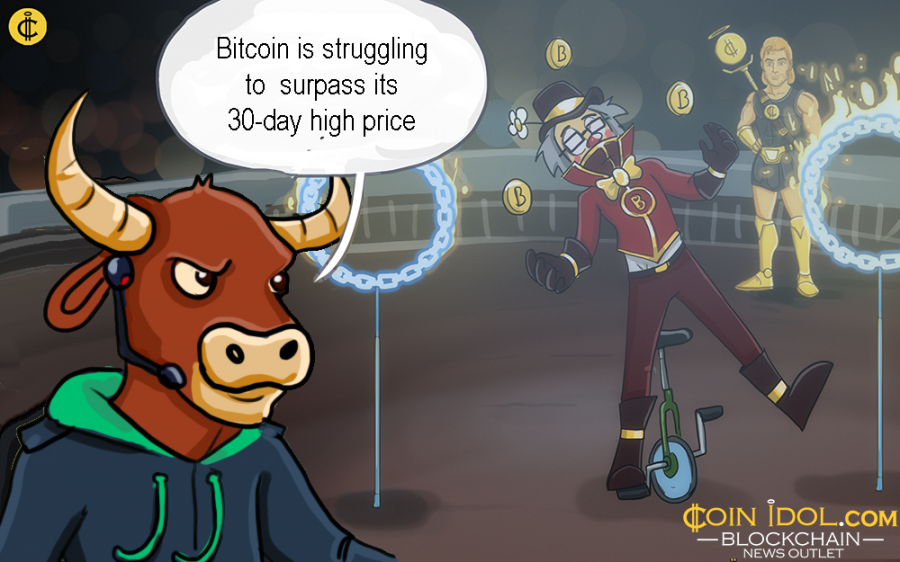 The globe’s top digital asset by market cap, Bitcoin (BTC), is currently experiencing a bearish trading session. Bitcoin is struggling to hit again and surpass its 30-day high price of about $10929.36, where it had a MC of over $195.481 billion and daily volume of more than $15.98 billion, on Tuesday August 20, 2019.

Yesterday (Tue Sept 17), the original cryptoasset declined by over $40.24 (-0.39%), to trade at around $10,241.27. However, the upward trend extended BTC’s 7-day value gain to about 1.65 percent, upholding the continuing skyrocketing thrust. In another place in the digital currency market, many virtual assets look sturdier. 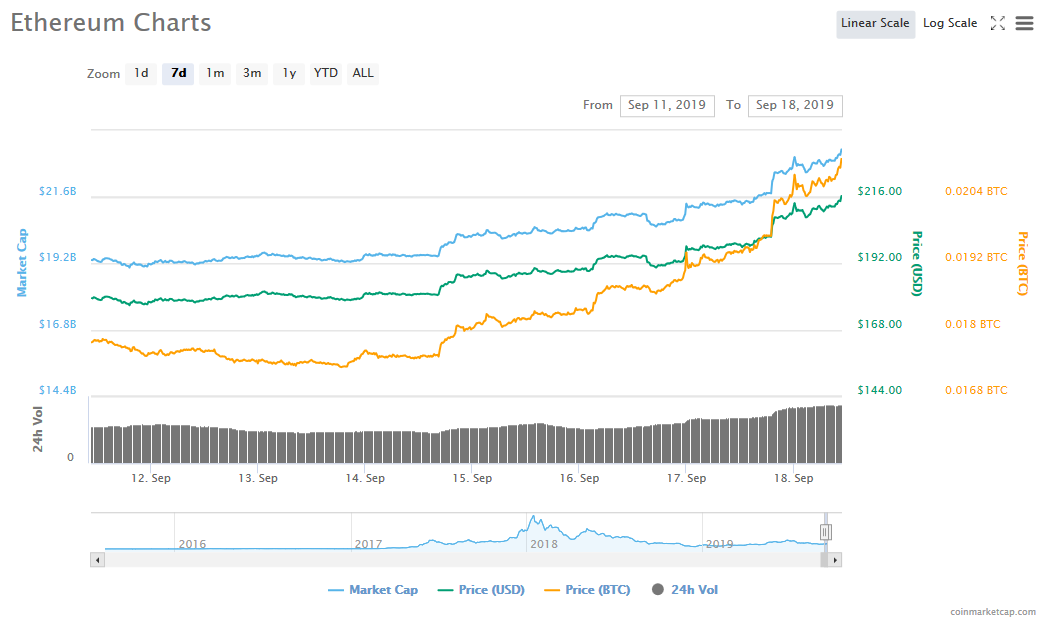 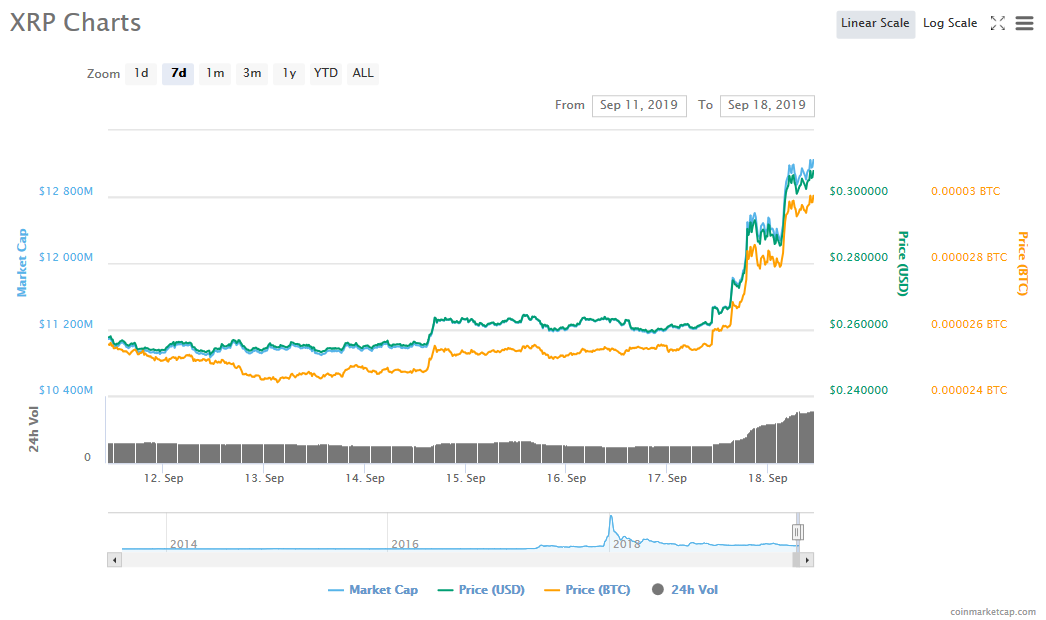 At press time, Bitcoin is standing at $10,261 (0.55%), with a market capitalization of more than $184.108 billion and daily trading volume of over 15.171 USD. The original token is still dominating the market by over 68 percent, according to data from coinmarketcap. 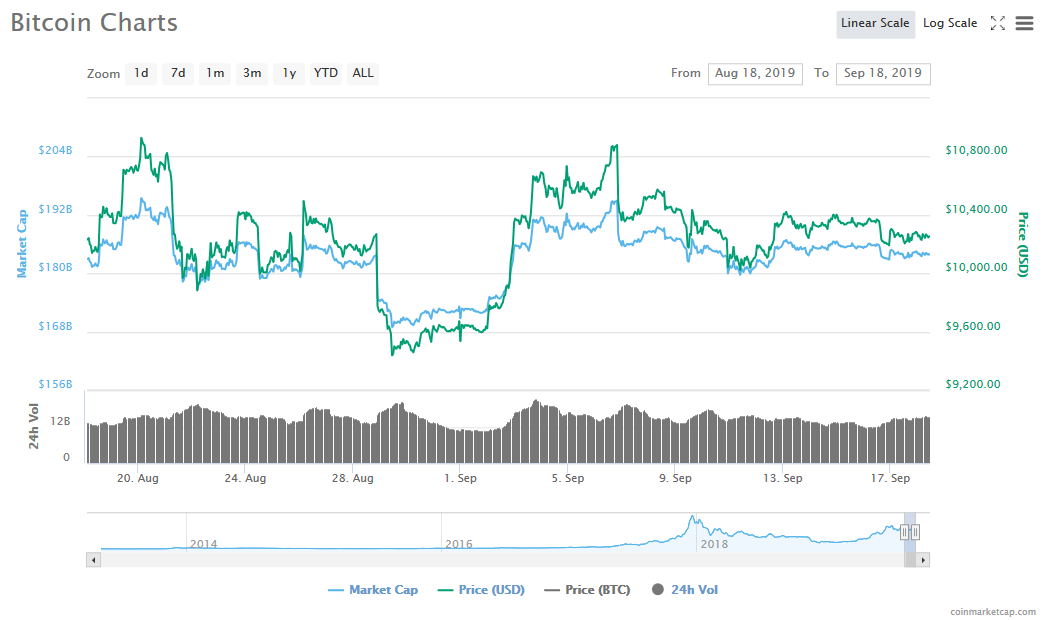 Just like BTC, various risk-assets suffered damage with the United States gauge S&P 500 ending Tuesday on around 0.3% loss. In chorus, the Nasdaq Composite index was also low by around 0.35 percent. On September 17, 2019, both the Asian and European market also started in negatives, excluding Japan’s Topix index, that gained over 0.45% after a break on Sept 16. In the intervening time, S&P futures were facing a more 0.2 percent slope when the Wall Street opened on Sept 17.

Alternatively, the failing risk assets pushed venture capitalists to seek refuge in safe-haven assets. Different from BTC, Gold, a superficial fudging asset, soared over 0.6% to change hands at more than 1,495 USD each ounce.

The latent hitch in the universal economy places bitcoin (BTC/USD) further via a now-or-never check. Some cryptoasset fanatics have predicted the digital asset as a potential option to gold, a different sort of safe-haven valuable asset, which could keep venture capitalist and other stakeholders against major foreign affairs and macroeconomic risks.

Generally, the market is doing well. All the top 50 cryptocurrencies are trading in green except Crypto.com Coin ( CRO) which is down by just 2.17 percent. So far, among the top 10 tokens, the best performer is Ripple, and among the top 100 is a cryptocurrency called ABBC Coin ( ABBC, +24.57 percent), with a market cap of over $73.79 million and volume of $48.84 million.