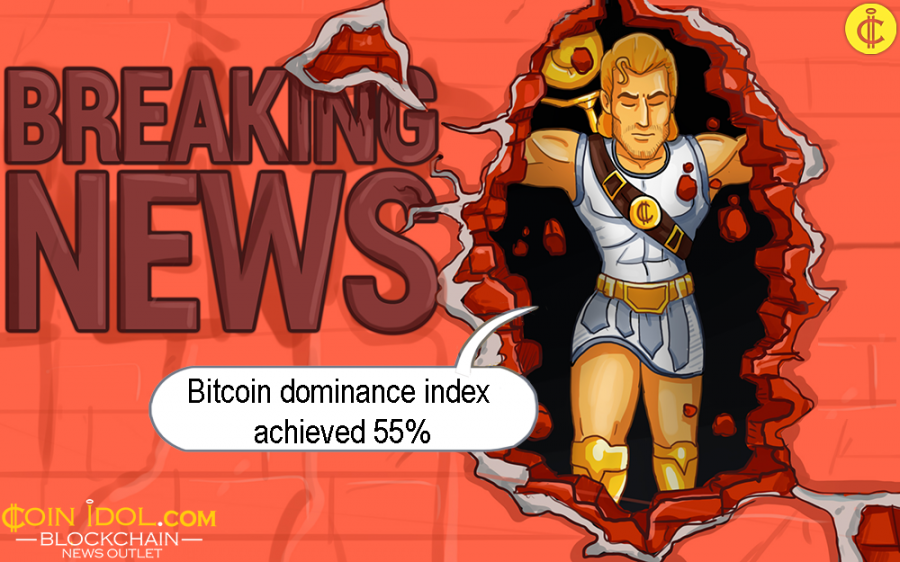 Since registering the deepest daily fall in valuation in recent years, the cryptocurrency market has hustled to recover in a convincing way, forcing the dominance index of Bitcoin up.

While the cryptocurrency market has suffered a fall below the level of $200 billion to its annual low at $192 billion, Bitcoin and other crypto are still in a deep downward tendency, with little to no support until the mid-$6,000s.

Recently, Coinidol.com reported that the proclamation of Goldman Sachs, the $90 billion US-based investment financial institution, to purportedly turn off Bitcoin trading desk activity to cryptocurrency custody had no influence on Bitcoin’s price.

A few hours later after the report of Coinidol was released, Martin Chavez, Chief financial officer of Goldman Sachs officially debunked the reports that they are penipolizing the launch of its Bitcoin trading activity, describing the reports as fake news.

“I think one of the wonderful things about us is that we get written about a lot. I never thought I would hear myself use this term but I really have to describe that news as Fake news,” Chavez said at a TechCrunch conference.

If Goldman Sachs was the main player that caused the price of Bitcoin to drop from $7,400 to $6,400, the direct rejection of reports concerning its Bitcoin trading activities should have seen Bitcoin return to its earlier resistance level.

Where is Bitcoin Heading to?

The implausible trend of the crypto market, regardless of the decision of Goldman Sachs to debunk all reports surrounding its crypto business, has proved that the market initiated a huge sell-off because of high sell pressure created above Bitcoin since late August this year.

If Bitcoin doesn't manage to break out of the $7,000 resistance region within the coming 24 to 48 hours to fully reverse its drop from the $7,400 mark, then there are more chances that Bitcoin will test the $6,000 resistance level again in days to come, the way it did in the months of April, June and August.

Meanwhile, because of low volumes and rising operation of Tether (USDT), tokens plus other small market cap Cryptos will probably go on to weaken against Bitcoin and the US dollar.