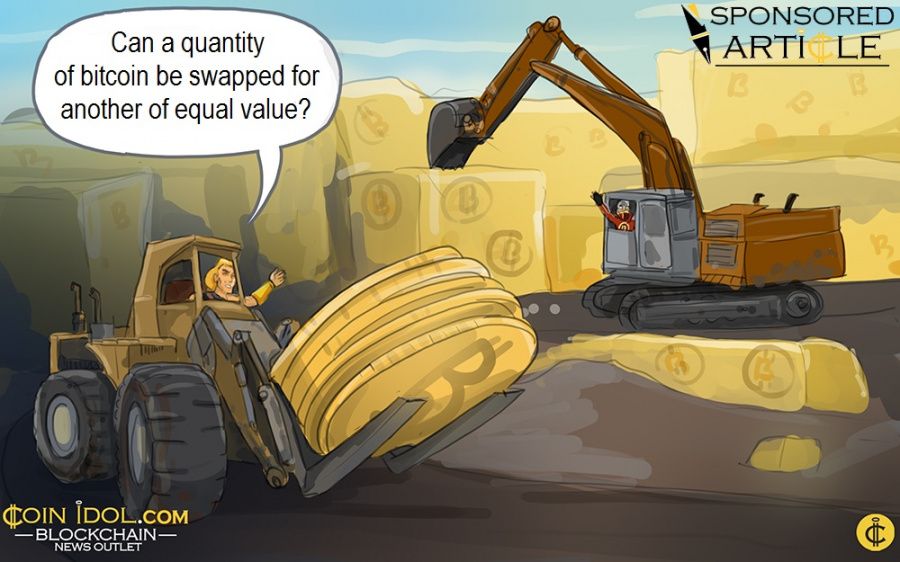 The fungibility of Bitcoin has been an issue of contention among many. The question is, “can a quantity of bitcoin be swapped for another of equal value?” The answer is yes because can lend you one bitcoin and when you pay me back, it doesn’t have to be the exact BTC that I gave you. This means that Bitcoin is fungible.

Nevertheless, it is important to understand that due to its protocol which makes each coin to have its own unique signature or hash, it is possible for blockchain analysis to trace a particular coin. This makes it possible to follow the transaction of a specific individual or even the history of a specific bitcoin. This creates privacy and security concern for users of the digital currency.

This is especially of concern considering that Bitcoin is not privacy centered coin but rather pseudonymous. The implication of this is that the identity of the user could be tracked with careful blockchain analysis. This predisposes such users to risks such as hacks as recently seen with the clipperboard malware in which the receiving address of a user could be changed to that of the hacker.

Another challenge that the user faces is that if they hold substantial volume of Bitcoin, they could become target to criminals such as kidnappers as reported in the case of Mark Cheng who was nearly murdered in Thailand after being kidnapped and forced to transfer his cryptocurrency to the kidnappers.

These known and emerging risks are the reason why it is necessary to make BTC fungible irrespective of the circumstances of its use and who may be tracking it. The best tool with which to accomplish that is a blender. Bitcoin mixers or blenders ensure that the transaction history of a specific coin is obfuscated so that third party analysis no longer tracks the cryptocurrency to its terminating wallet.

BTC mixers or tumblers dissociate one wallet from another, thereby breaking the link between the two. This is necessary because every transaction on the blockchain network is broadcast in such a way that anyone with a copy of the blockchain can view all such transactions. The anonymity of the owners is enhanced by strings of numbers that represent individual wallet’s address.

However, a careful blockchain analysis can reveal the identity of the user through their IP address or when they use exchanges that require verification of user identity through know-your-customer. This is why BTC is considered pseudonymous.

Blenders receive coins from a wallet and blend it by sending equivalent volume of the BTC to the address provided by the owner. These ‘new’ coins are different from those sent by the customer. The fact that equivalent but different coins are sent to the customer makes the coins fungible.

Not even blockchain analysis would be able to trace the final wallet where the new coins were sent. A good tumbling service such as Bitcoinmix.org ensures that.