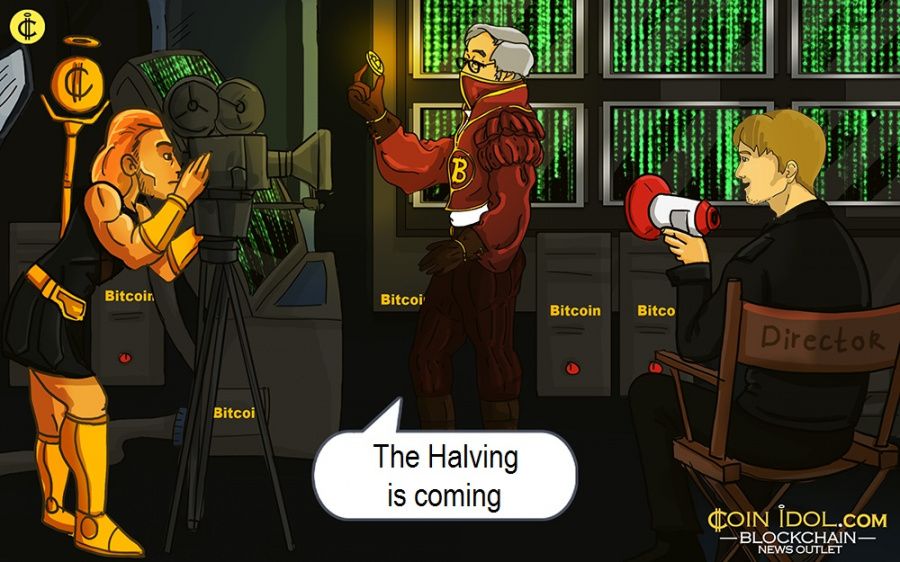 Bitcoin is closing the week as it progresses through the consolidation process in the rising trend on April 24. Cryptocurrency traders and hodlers are focusing on the upcoming halving. The overall mood and technical indicators of the market are positive.

Bitcoin stayed in the early $7k vs. early stage until the beginning of April 23, and tested in a short time in a rapid rise, testing the range of $7,700 to $7,800, which was the level before the March crash. BTC has since returned some of its ascent, but maintained its upward movement. Bitcoin pointed to $7,556.38, up 1.34% from 24 hours ago at the coinmarketcap at 4:06 pm in New York Time. 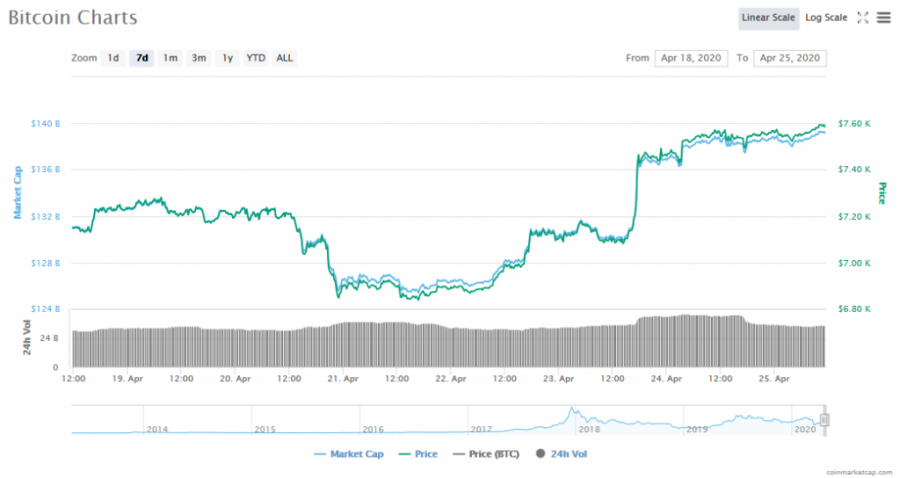 Bitcoin peaked at $7,760 the previous day and retreated several times to $7,400, but the quick recovery to $7,500 was indicative of the strength of the market. In addition, the world’s leading altcoin seems to deviate from the correlation with the traditional asset market such as the stock market from the middle of the week.

With regard to Bitcoin's short-term outlook, there is a mixed view of further surges and retreats. Those who continue to rise in BTC's stance generally expect strong resistance around $7.8k to $8k, and beyond that point, $9k is possible.

So far, no one can predict exactly where BTC will move up or down at its current level, but many analysts say defending the support line around $7,500 is important. While Bitcoin's well-kept support for the $7,400 to $7,500 support line would provide an additional stepping stone, the prevailing view is that if the support falls, it will face a risk of falling again.

In addition to defending the $7,500 support line, we need to pay more attention to the halving of Bitcoin that is scheduled for May 2020 (less than 17 days to go). Opinions are divided on the impact of the halving on the price of Bitcoin, but nevertheless the background of this rally might be very well related to the Bitcoin halving.

BTC maintained its upward trend despite the stock market returning a mid-week increase in mid-week because of pre-halving expectations. Digital currency traders and hodlers are optimistic that Bitcoin will advance toward $8k as demand increases before the halving.