Bitcoin Consolidates as Bulls and Bears Tussles Above $9,300 Support 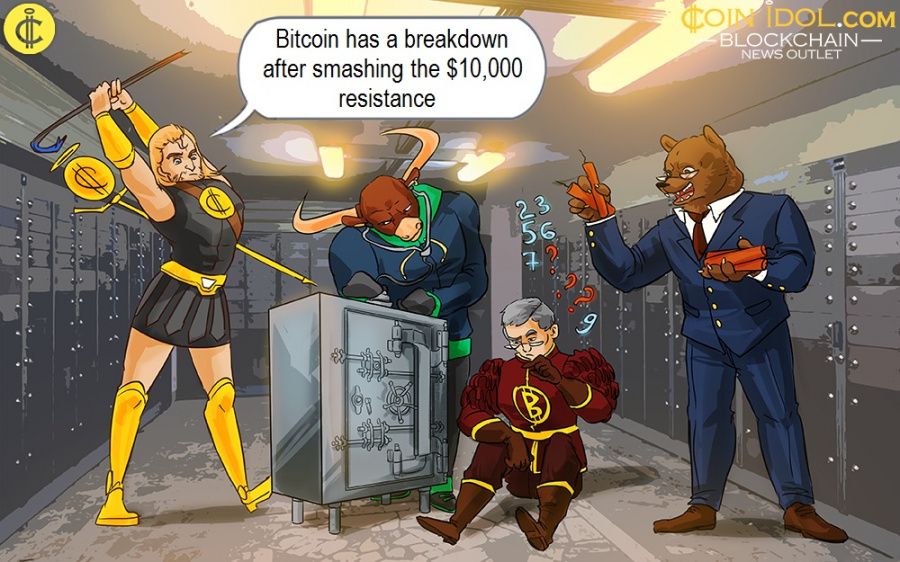 Surprisingly, Bitcoin had a sudden breakdown after smashing the $10,000 overhead resistance. Buyers have already pushed Bitcoin to a high of $10,398 but the uptrend could not continue because the market reached an overbought region.

Price retracement was to reach the low of $9,950 of $10,000 before the resumption of a fresh uptrend. The retracement was done as price found support above $10,000. However, after a few hours of consolidation, a breakdown occurred and the price fell to $9,200 low but a correction was made upward.

The upward correction was short-lived as Bitcoin is still under threat of further downward move. The $9,300 support zone has been an important zone as the price fluctuates between $9,300 and $9,800 in May. However, if the downward move exceeds below $9,300, Bitcoin may encounter a decline. Initial support will be at the $9,000, thereafter the decline will extend to $8,800, $8,500, and $8,200. Meanwhile, the price may continue its downward move.

Bitcoin is on a downward move after the breakdown. BTC is below the 80% range of the daily stochastic, indicating bearish momentum. Despite the downtrend,  price is above the EMAs. However, if the bears break below the EMAs, the downtrend will resume. 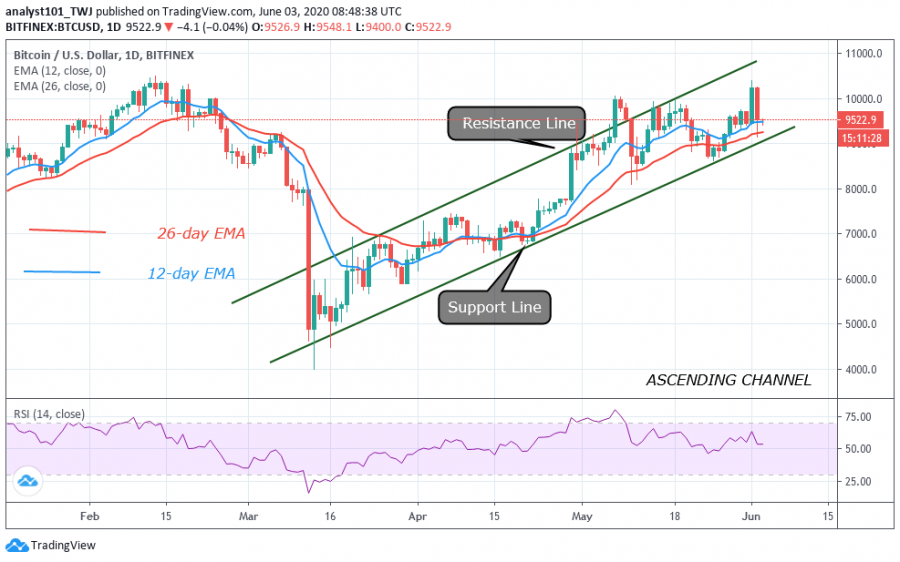 Bitcoin is in a deadlock as the upside range between $9,300 and $9,800 is under threat. The upside range will be invalidated if the bears break below $9,300 support. Nonetheless, if the $9,300 support holds there is the possibility of retesting the $10,000 overhead resistance.