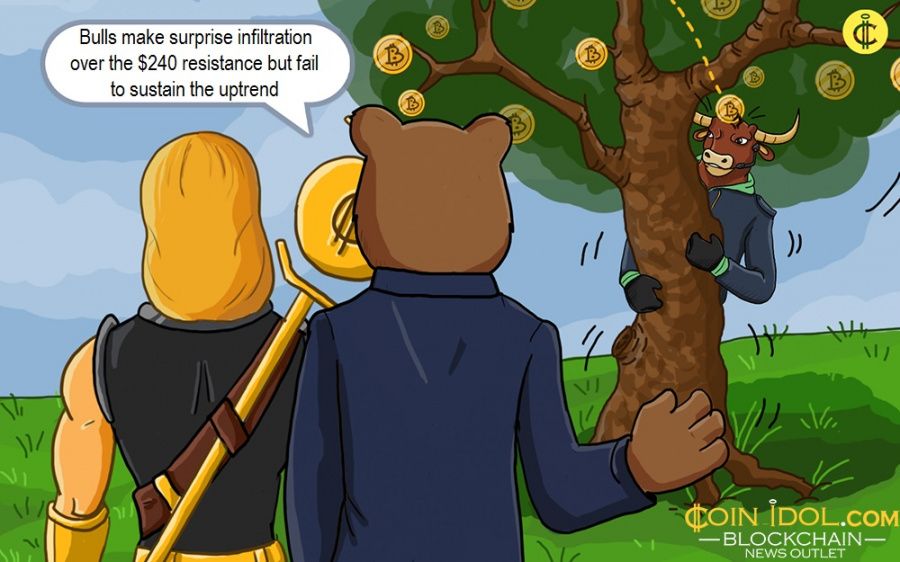 BCH’s upward move suffers a hold up. The bulls made a surprise infiltration over the $240 resistance but failed to sustain the uptrend. BCH has been repelled and on a downward move to $227 low. At the current low, there are two possibilities.

BCH may begin a range bound movement for some days if the BCH holds . Alternatively, an outright fall will persist to the $200 low. Meanwhile, if the coin holds at the $227; it is an added advantage for the bulls to retake the $240 resistance. BCH will target the $280 if the bulls breach the overhead resistance. Nonetheless, a downward move is expected as the selling pressure takes effect.

BCH had already traded at the overbought region of the daily stochastic but it was falling. The price is now below the 80% range, signaling that BCH is falling. Meanwhile, the moving bullish crossover is still intact. This signifies the earlier upward move. 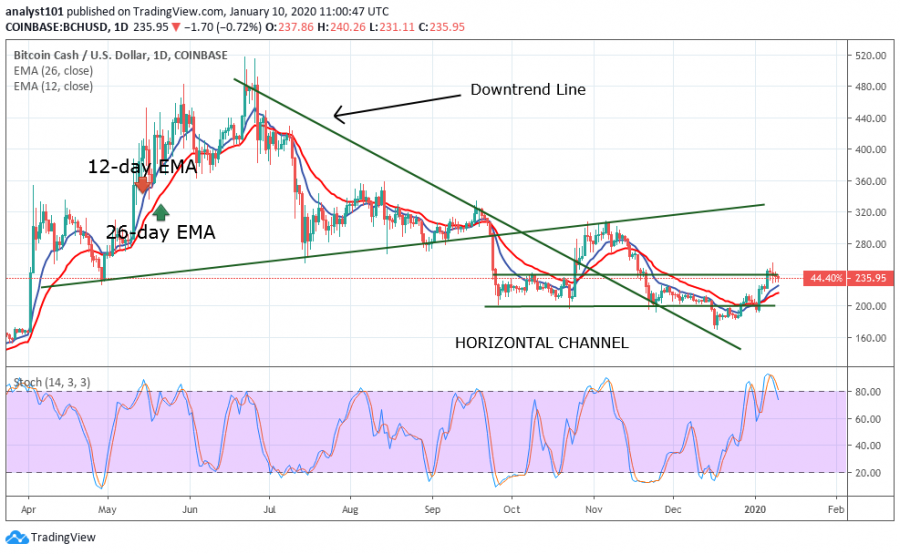 BCH is most likely to fall, having been resisted at the overhead resistance. It is falling as a result of insufficient buyers at a higher price level. In the interim, traders should exit their long trades or book their profits at the overhead resistance. Presently, a short trade at the current market price should be initiated. These short orders should be exited at the next support at $227.