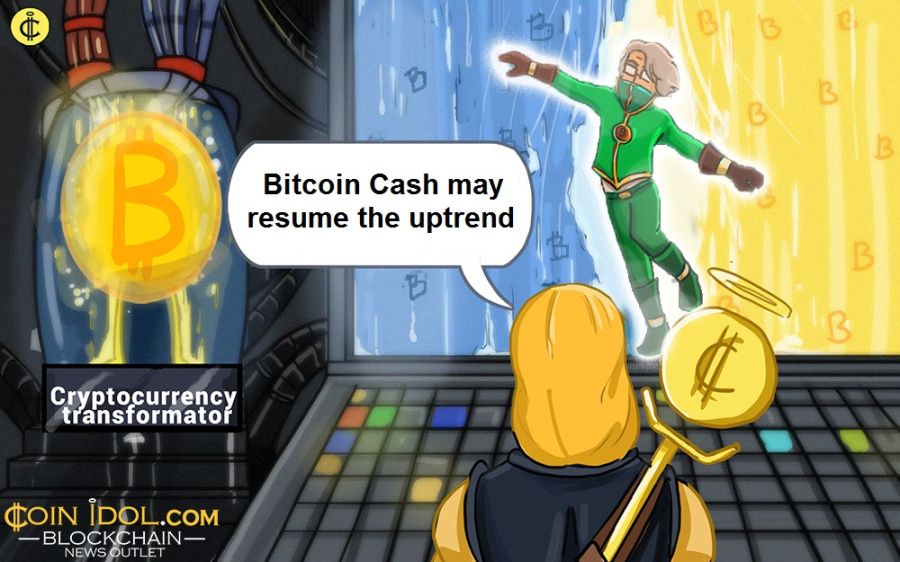 On August 8, the bulls set out on an upward move but were rejected at the $147 high. Today, the bears are trying to break below the moving average lines.

If the bears break below the 21-day line SMA, BCH will fall to the low of $120. However, if the selling pressure continues above the moving average, the decline will reach a low of $96. However, the bearish scenario will be invalidated if the altcoin holds above the lines. BCH/USD is trading at $133.98 at the time of writing.

The cryptocurrency is at level 51 of Relative Strength for period 14, indicating that there is a balance between supply and demand. The price of the cryptocurrency is above the 21-day line SMA, but below the 21-day line SMA, indicating that BCH may resume the uptrend. BCH is below the 50% area of the daily stochastic. This suggests that the market is in a bearish momentum. 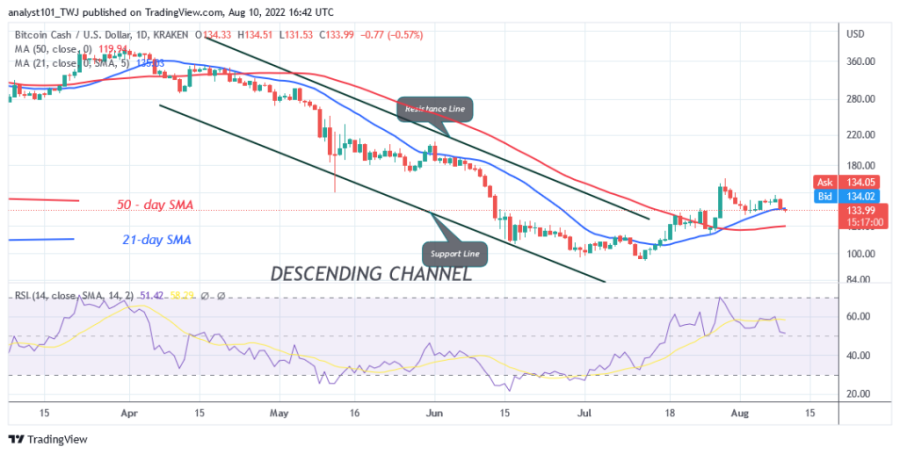 Bitcoin Cash has regained its upward momentum, but the upward movement has been slowed down by the appearance of doji candlesticks. BCH could continue its sideways trend as it faces rejection at the upper resistance of $164. However, if the current support holds, the price could move back within the range. 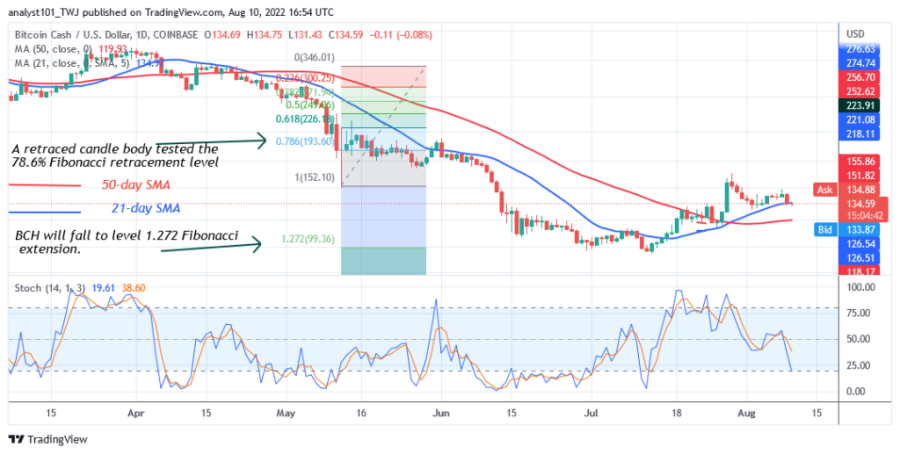