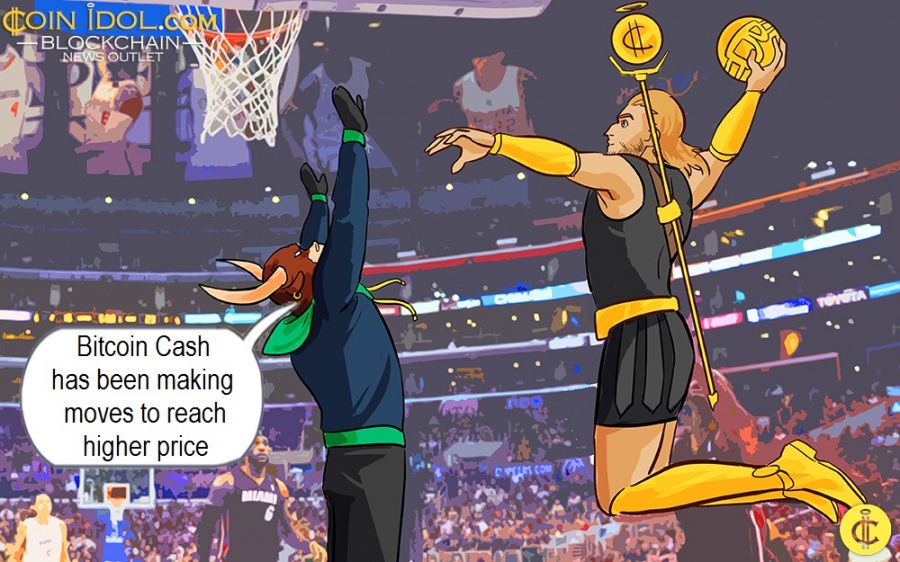 Recently, BCH has been making some remarkable moves to reach higher price levels. On January 14, the bulls reached a high of $360. Again after retracing, the price went up to the high of $403 on January 18. Now, the price has been resisted and it falls to a low of $320. BCH’s uptrend has been hampered as the bulls are bound to a sideways trend.

Meanwhile, if the bulls can move up and break the $360 resistance, a retest above $400 and $440 price levels is possible. Conversely, if the bears have the upper hand and break below $320, BCH will likely drop to the low of $280. Presently, BCH is ranging above $320 pending the direction of the next price movement.

BCH is now trading at level 68 of the daily RSI period 14. The coin was previously above level 70 or at the overbought region of the market where sellers came in to push price downward. Nonetheless, the coin is trading in the bullish trend zone. The EMAs are sloping smoothly upward indicating the bullish trend. 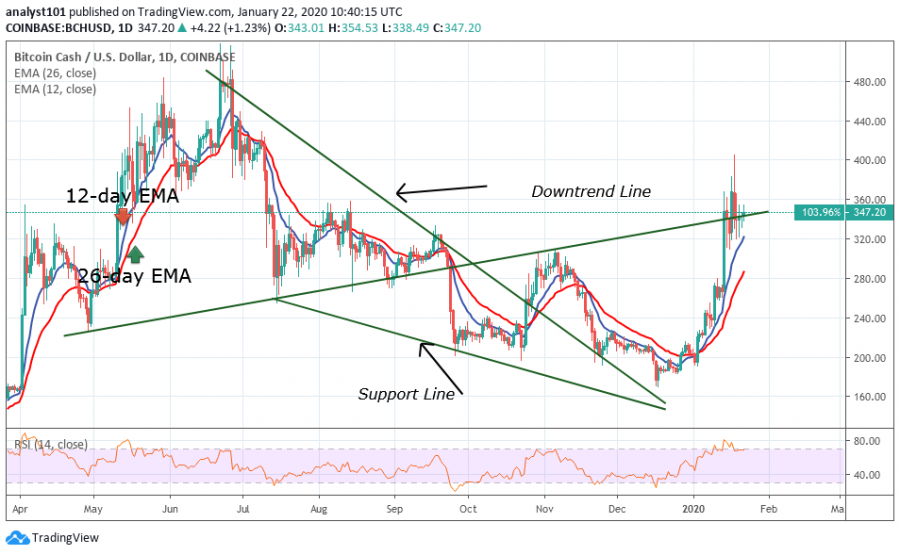 BCH has followed a tremendous uptrend but is confined between $320 and $360. A break above $360 is expected as it will take BCH out of the downtrend zone. Similarly, a break below $320 will produce a negative effect on the coin. However, Bitcoin will continue the sideways move, if the $320 and $360 price levels remain intact.

Tags
Bitcoin Cash Cash Bitcoin Price Bullish Trading Research Analytics
Most Popular
May 11, 2021 at 14:27
PR
VulcanVerse’s Marketplace Volume Triples from $5m to $15m, $20M Giveaway to Follow
May 11, 2021 at 14:02
News
Bitcoin and Dogecoin Prices Trending Up Following Hype from Mark Zuckerberg and Elon Musk
May 11, 2021 at 13:00
News
Ripple Consolidates Above $1.35 Support as Sellers Push to the Downside
May 11, 2021 at 12:11
News
Banks Are Getting Increasingly Tough on Bitcoin and Other Cryptocurrencies Amidst Mainstream Adoption
May 11, 2021 at 11:08
News
Litecoin in Minor Retracement, Eyes Next Target at $604 High
More