Bitcoin Cash Attempts to Breach the $540 Resistance, Eyes the $654 High 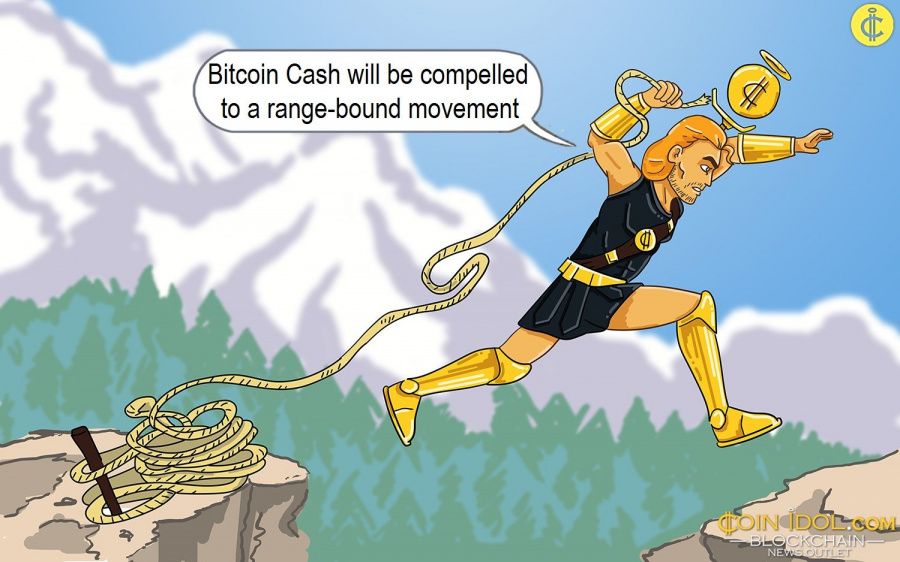 Buyers are making frantic efforts to break the resistance at $540. Today, the price broke the resistance to reach a high of $547 but BCH was resisted.

The market dropped to $510 low and it made another upward move. Buyers are facing selling pressure at the $540 resistance zone. The bottom line is that the market will receive accelerated price movement once the resistance at $540 is breached. The bulls are yet to break the $540 resistance level since January 10 breakdown.

In the meantime, BCH is trading above the $530 support. If price rebounds above the current support and the bullish momentum are sustained, the $540 resistance will be broken. The bullish momentum will extend above $600 high. Conversely, BCH will be compelled to a range-bound movement between $480 and $540 if the bullish scenario fails. 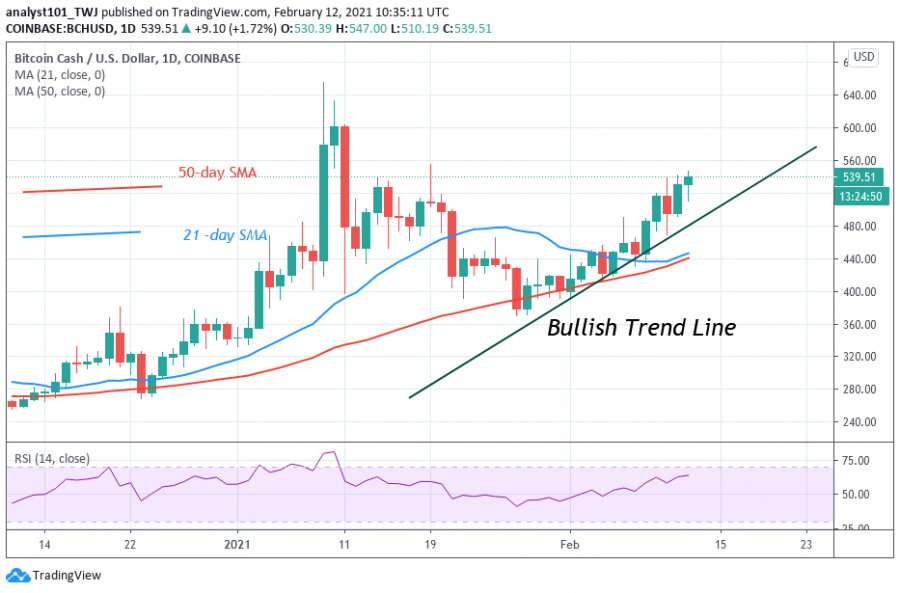 In recent times, BCH has been making positive moves. A rally to the previous high will follow if the current resistance is breached. On February 10 uptrend; the retraced candle body tested the 50% Fibonacci retracement level. The retracement indicates that BCH is likely to rise to level 2.0 Fibonacci extensions. In other words, BCH will rise to a high of $649.11. 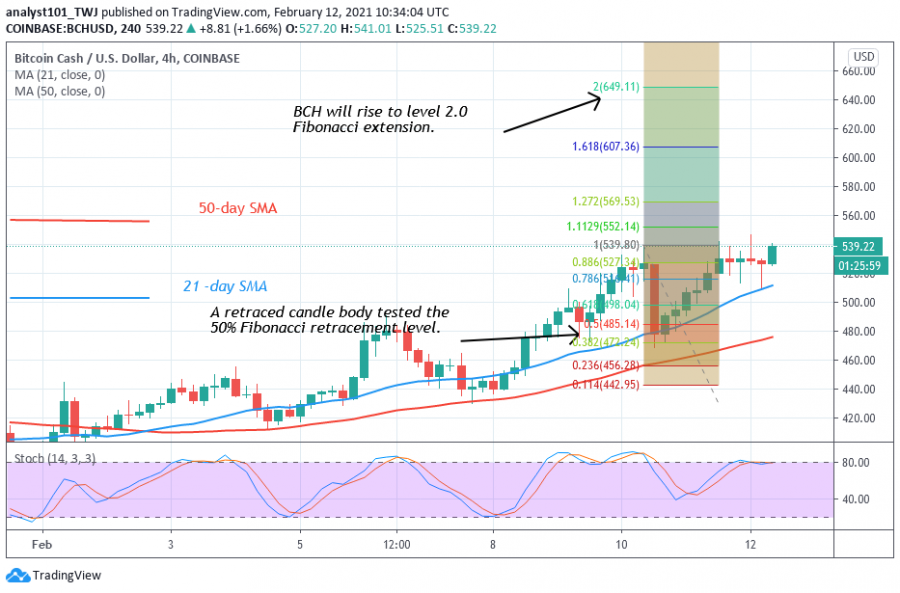