Bitcoin Cash in a Tight Consolidation, Chance of Breakout Likely 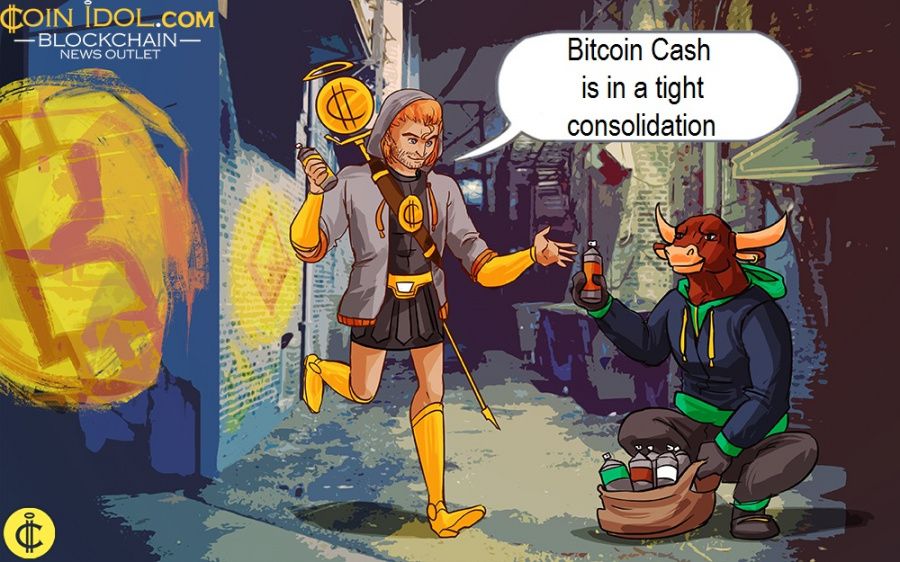 The bulls are unrelenting after their successful move to $360. In the last three days, BCH has been consolidating near $360 while the bulls attempt to retest the resistance. There is a likelihood of price rise as all the indicators are pointing in one direction.

Interestingly, BCH will attain a high of $400, if the bulls consistently retest and break the current resistance. The coin will be set for uptrend move. In the meantime, the current supports of $300 and $320 are being held as BCH consolidates. After consolidation, a drop below $300 will diminish the earlier bullish momentum

It appears BCH is trading above the 80% range of the daily stochastic. The bears may come in to push prices downward because buying has been overdone. Bitcoin Cash will continue its uptrend as the price bars are the EMAs. 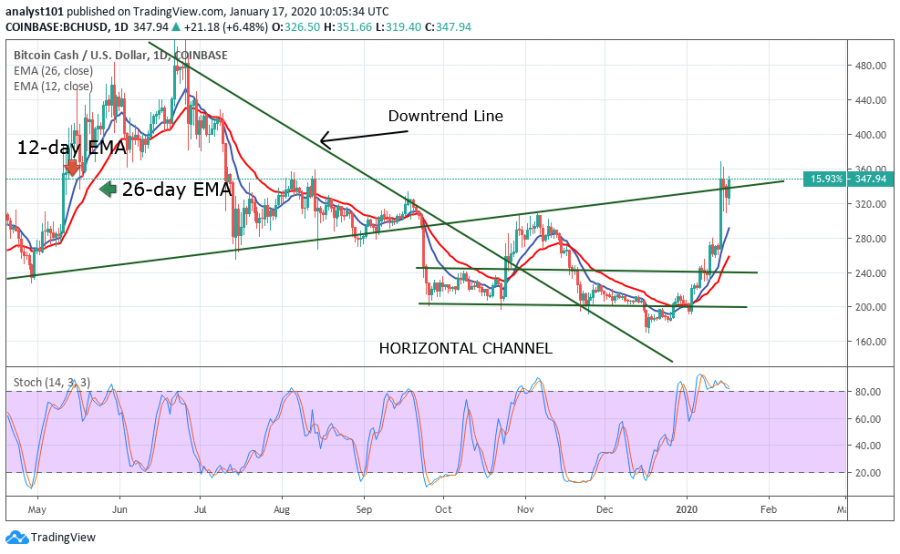 The pair is in an advantageous position to resume an uptrend movement. The coin has one major hurdle to jump over. BCH has resumed a sideways move between $320 and $360 after a failed attempt to break the high of $360. Under this tight range, if the bulls have the upper hand, the coin will rise and resume its uptrend. However, we should expect more days of a sideways movement, if the bulls fail to penetrate the resistance.