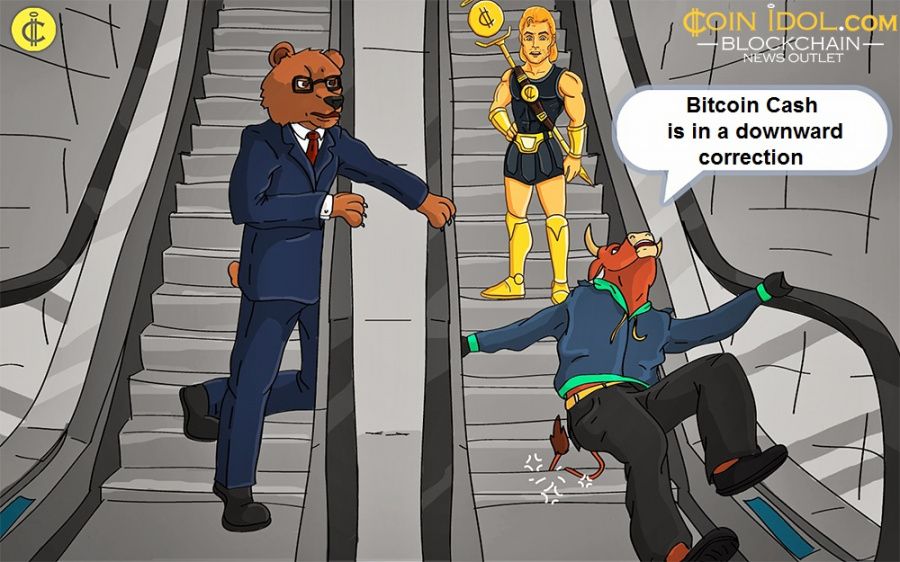 The price of Bitcoin Cash (BCH) is in a downward correction as the altcoin falls well below its moving average lines. On June 16, BCH fell to a low of $107 and continued to consolidate above current support. On June 28, BCH fell further to the low of $102 and continued another consolidation.

Consolidation is for a possible price recovery or breakdown. It is characterized by small, indecisive candles called doji. Doji candlesticks indicate that buyers and sellers are undecided about the direction of the market. At the time of writing, BCH is trading at $106.

BCH is at level 33 on the Relative Strength Index for period 14. The altcoin is trading at the bottom of the chart and is approaching oversold territory. The moving average lines are sloping south, indicating a downtrend. The 21-day line SMA is the resistance line to the price bars. The altcoin is above the 40% area of the daily stochastic. This indicates that the altcoin is in a bullish momentum. 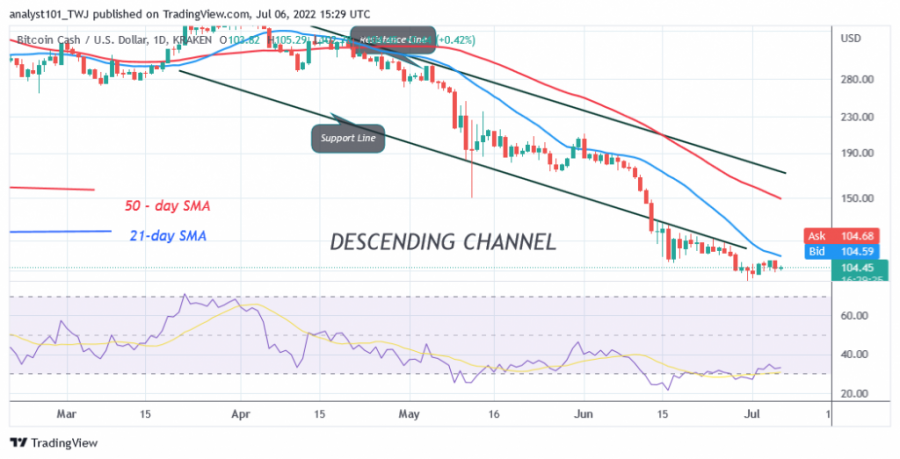 What is the next direction for BCH?

Bitcoin Cash is in a downward correction as it trades below the moving average lines. The cryptocurrency risks another decline if it fails to break above the moving average lines. A break above the 21-day line SMA will push the altcoin to reach the high of $207 or the 50-day line SMA. According to the Fibonacci tool, BCH should reverse at the low of $111. 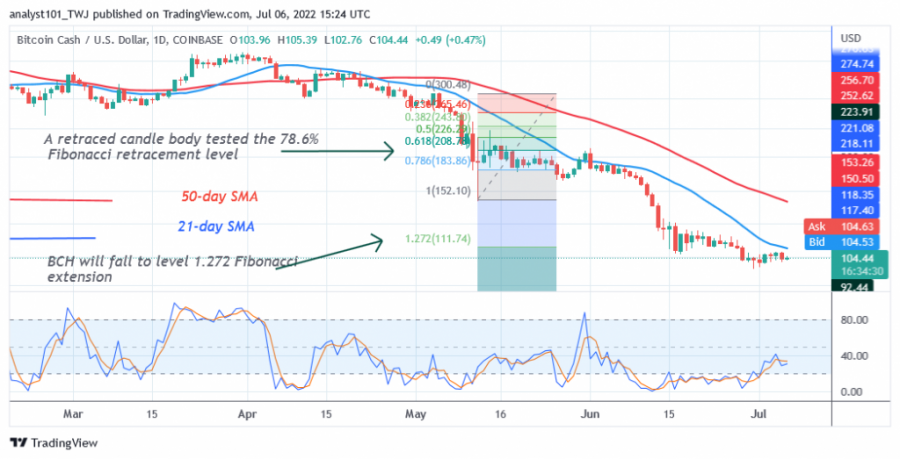