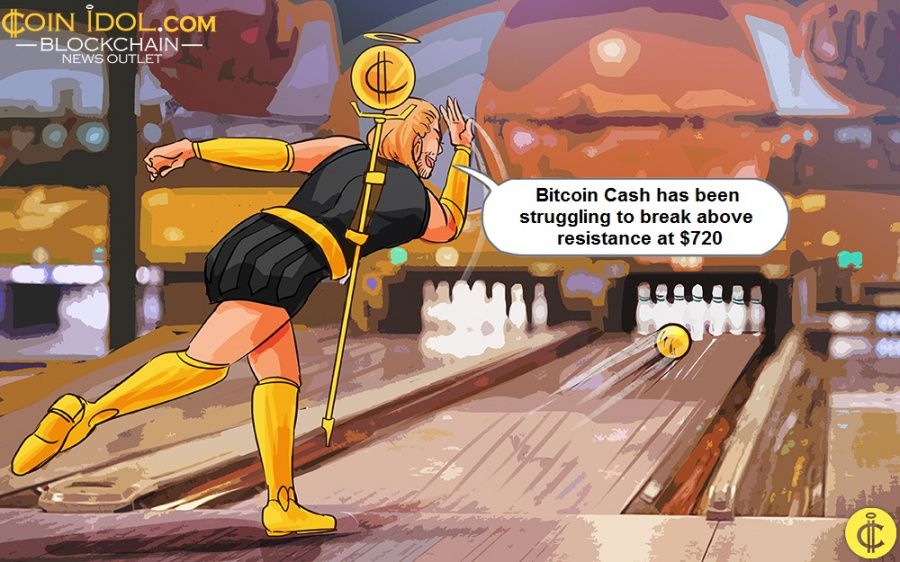 Bitcoin Cash (BCH) is in a sideways trend. Today, BCH is consolidating above $550 support for a possible upside move.

Since August 15, BCH/USD has been struggling to break above resistance at $720. Each time buyers retest the high at $720, BCH falls back into the range zone. Generally, the cryptocurrency is hovering between $510 and $680. The altcoin will resume its uptrend if the bulls break the resistance at $680 and $720. The downtrend will resume if support at $510 is broken. In the meantime, BCH is fluctuating above the $550 support.

BCH is at level 45 on the Relative Strength Index for period 14, with the cryptocurrency price below the moving averages, indicating further downside. The 21-day line and the 50-day line SMA are horizontal, indicating a sideways movement. BCH is above the 30% area of the daily stochastics. This suggests that the market is in a bullish momentum. 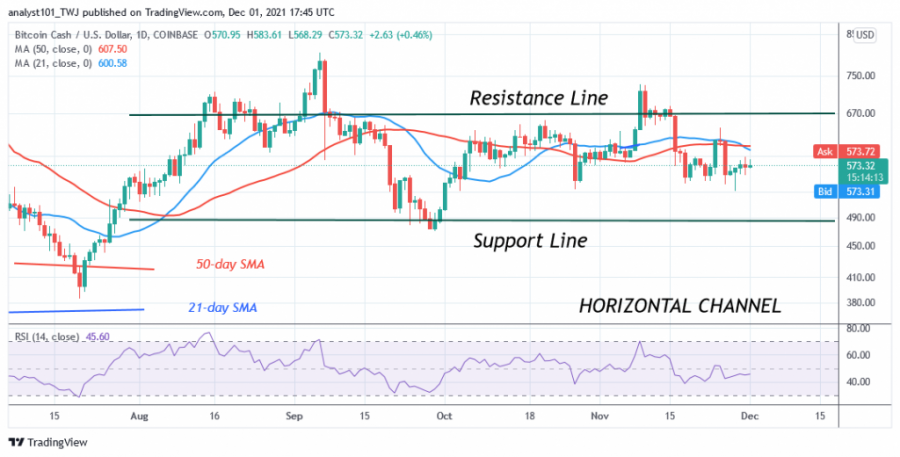 Bitcoin Cash is in a downtrend after throwing back resistance at $720. Meanwhile, on November 18, the downtrend has seen a retreating candlestick testing the 61.8% Fibonacci retracement level. This retracement suggests that BCH will fall to the 1.618 Fibonacci Extension level or $434.13. 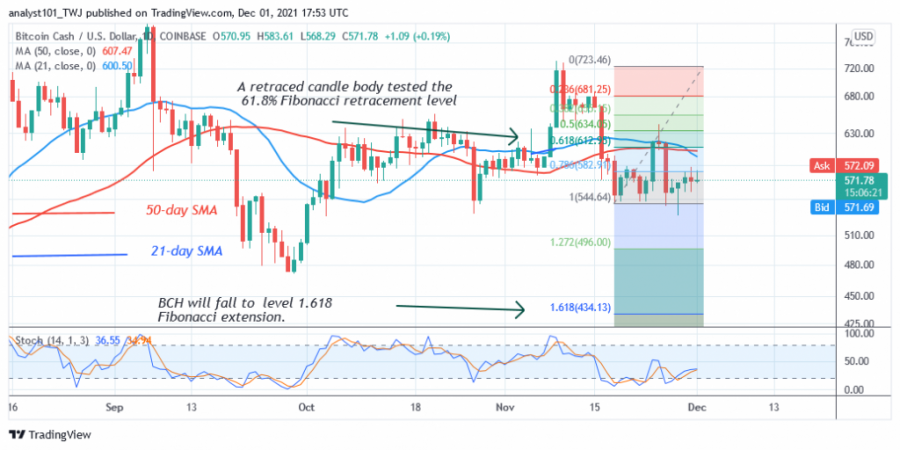