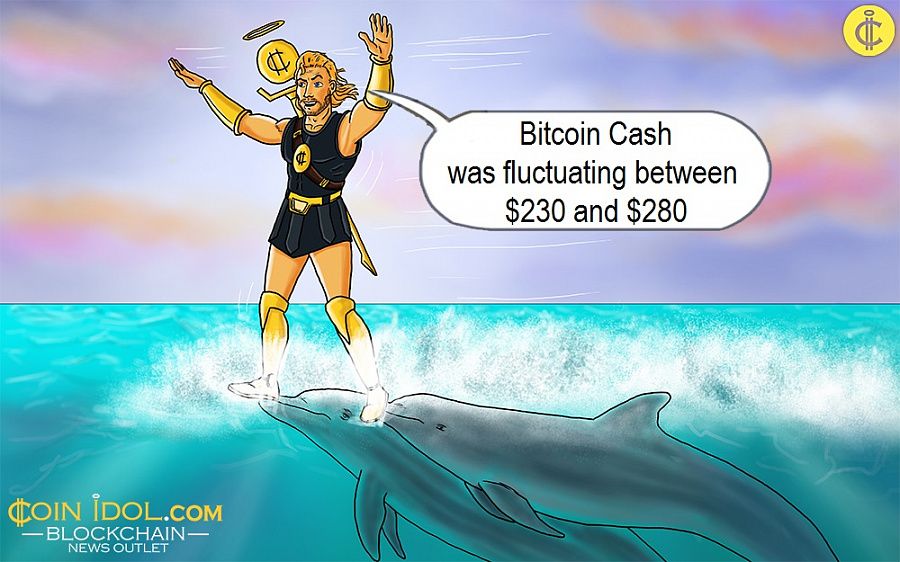 Bitcoin Cash is trading and has fallen to a disappointing low of $228 after a series of downward moves. Originally, BCH was fluctuating between $230 and $280.

Unfortunately, BCH upward move was restricted below $255 resistance after May 10 bearish impulses. The bears were unrelenting as selling pressure pushed the coin to $224 low.

Now BCH trades in a tight range between $224 and $240. There is a possibility of an upward move if price rebounds and break s above $240 resistance. The price will rally above $255 and the momentum will extend to $280 resistance. Conversely, if the bulls fail to break above $240 resistance, the bears may break the $224 support level. This will further depreciate the coin to $216 low.

The BCH downtrend has pushed the coin above the 25% range of the daily stochastic. A further downward move will catapult the crypto into the oversold region. Meanwhile, the coin is in a bullish momentum but it is weak. 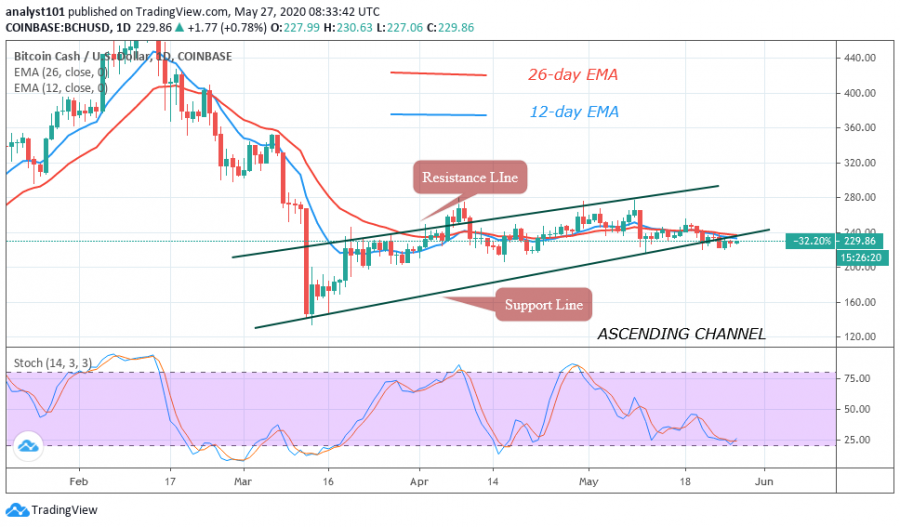 Bitcoin Cash has been in a downward move. The coin is fluctuating between $224 and $240 price levels. In this range, the price may encounter a breakdown or a breakout may occur. The current support at $224 has been tested by the bears on three occasions and it appears to be strong.

Disclaimer.  This analysis and forecast are the personal opinions of the author that are not a recommendation to buy or sell cryptocurrency and should not be viewed as an endorsement by Coin Idol. Readers should do their own research before investing funds.