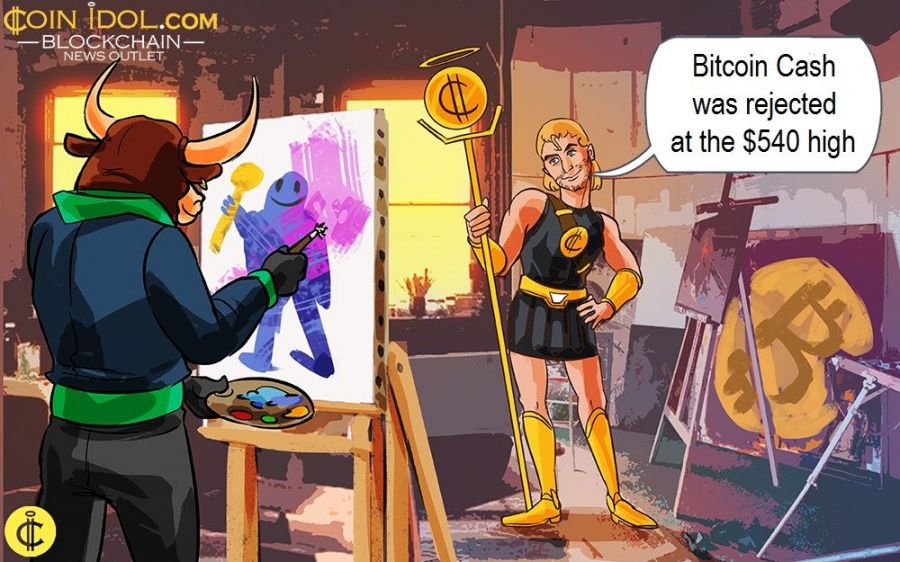 Interestingly, BCH price broke two vital resistances at $440 and $480 but it was repelled at $540 resistance. On February 5, the bulls broke the $440 resistance but the upward was stalled at the $480 high.

Eventually, the price fell above the $440 support which propelled it to rise to break the $480 resistance. The crypto currency was rejected at the $540 high. The present bullish momentum is likely to continue on the upside. The current retracement is likely to end above $480.

The crypto currency will rally above $560 if the resistance at $540 is breached. However, in the previous price action, on January 14, the bulls failed to push BCH above the resistance level. Consequently, the altcoin dropped to $369 low on January 27. Today’s attempt at the $540 resistance will determine whether the downward correction will resume.

The altcoin has risen to level 57 of the Relative Strength index period 14. It indicates that the price is in the uptrend zone and above the centerline 50. BCH will continue the upward move as long as the price is above the EMAs. 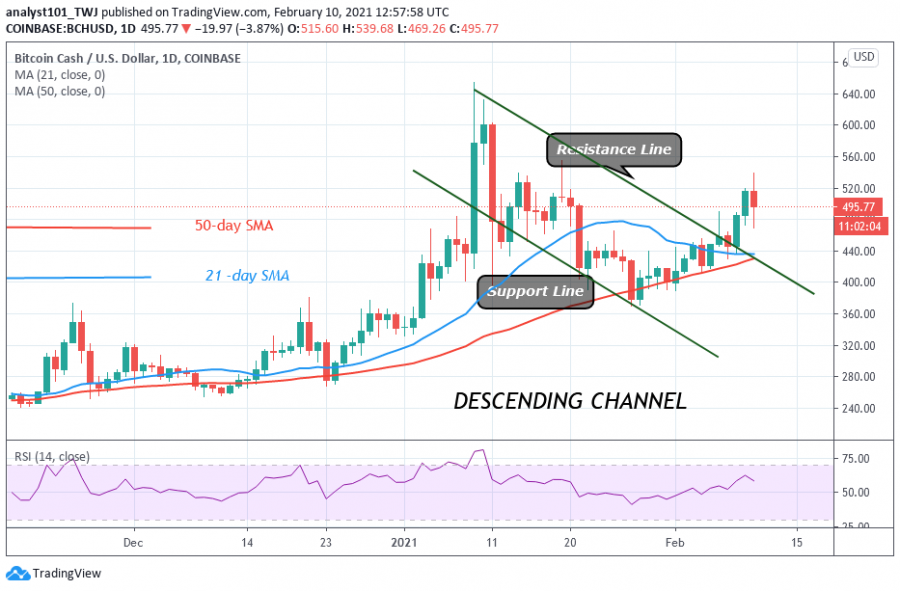 BCH has fallen above $480 support after rejection at the $540 resistance. On February 9 uptrend; the retraced candle body tested the 61.8% Fibonacci retracement level. The retracement indicates that BCH is likely to rise to level 1.618 Fibonacci extensions. In other words, BCH will rise to a high of $557.91. 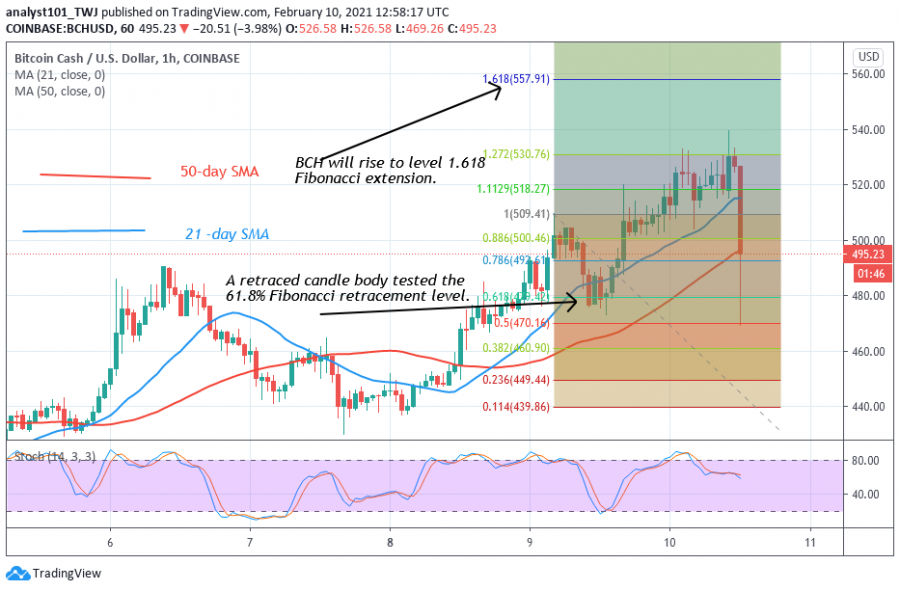 Tags
Bitcoin Cash Price Support Fibonacci Cryptocurrency Forecast Analytics
Most Popular
May 02, 2021 at 11:54
News
South Korea Announces Testing of CBDC Right After Imposing a New Tax Framework; Is It a Coincidence?
May 02, 2021 at 10:36
News
Chainlink Breaks Initial Resistance at $38, Eyes $44 Overhead Resistance
May 02, 2021 at 09:14
News
Uniswap in Minor Retracement, Set for More Upside Momentum
May 01, 2021 at 12:54
News
Russia is Going to Establish a Special Department for Exploring Artificial Intelligence
May 01, 2021 at 11:58
News
Dogecoin Price Pushes To The Upside; Can Bulls Breach The $0.45 Resistance Zone?
More