Bitcoin Cash Recovers above $190 after a Sudden Price Spike 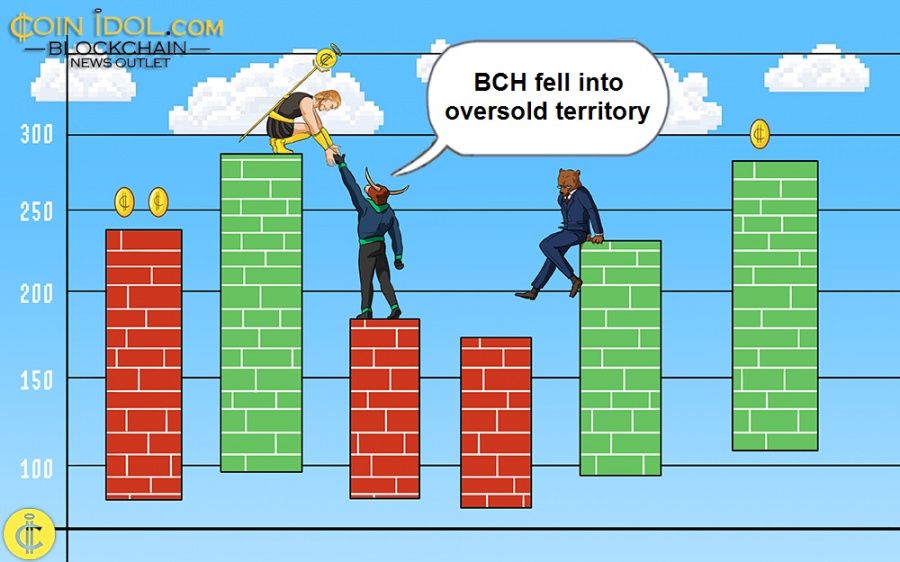 Bitcoin Cash (BCH) is in a downtrend after the cryptocurrency fell sharply to a low of $150 on May 12. The May 12 candlestick showed a long, protruding tail indicating support at $150. The long tail indicates that there is strong buying pressure at the current support.

Incidentally, BCH fell into oversold territory on the same day that the cryptocurrency resumed its upward correction. As buyers defend the current support, the upside correction faces resistance at the $240 high. On the upside, BCH will rise to the high of $300 if resistance at $240 is broken. Meanwhile, BCH/USD is trading at $201 at press time.

BCH is at level 34 of the Relative Strength Index for period 14. The altcoin is still in the downtrend zone despite the upward correction. The cryptocurrency is capable of another downward movement. BCH is above the 25% area of the daily stochastic. This indicates that the altcoin has resumed its bullish momentum. The upside move is rejected at the recent high. The 21-day line SMA and the 50-day line SMA are down, indicating a downtrend. 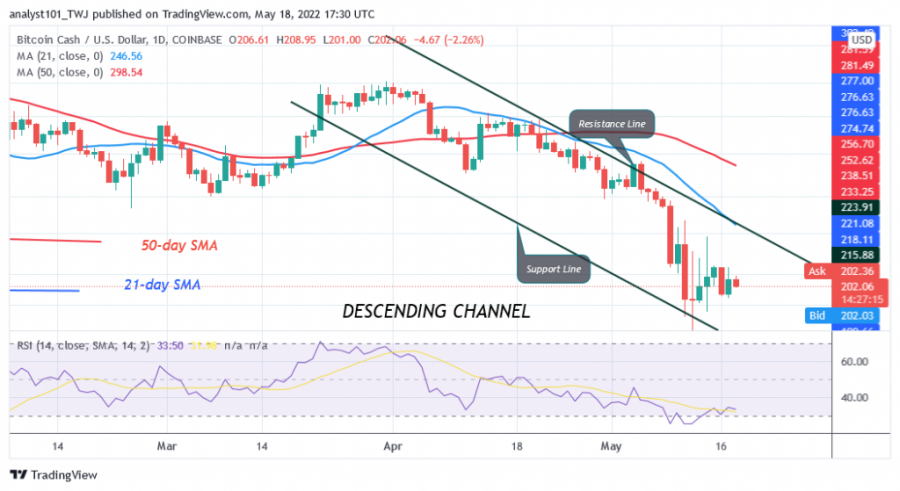 Bitcoin Cash is in a downtrend but fluctuating above $150 support. The upside moves are staved off by the resistance at $240. Meanwhile, on May 11, the downtrend has seen a retreating candlestick tested the 78.6% Fibonacci retracement level. The retracement suggests that BCH will fall to the Fibonacci extension level of 1.272 or $146.80. The price action shows that BCH is consolidating above the current support. 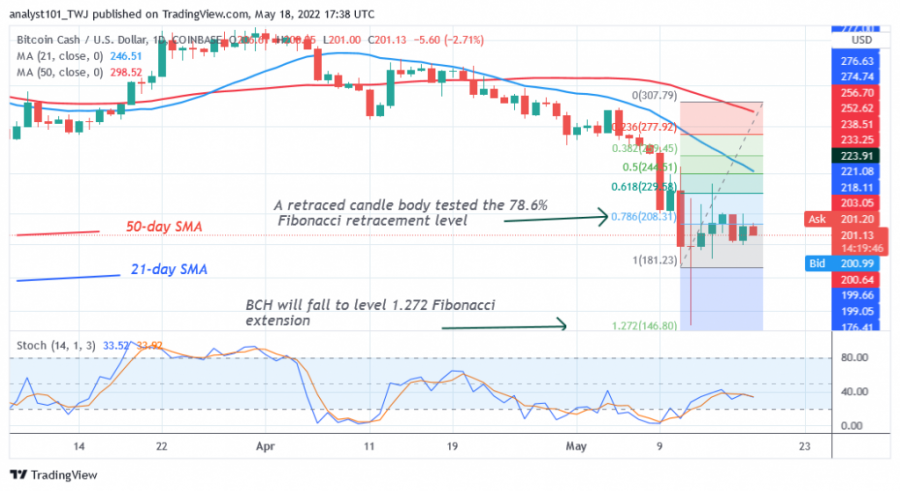