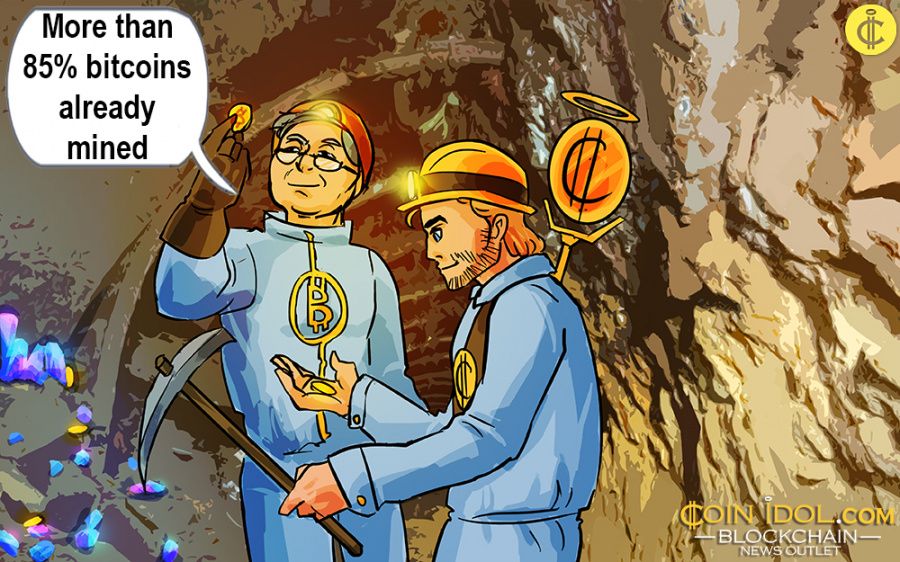 Recently the 18 millionth bitcoin was mined accounting for about 85.714% of the total available Bitcoins. The cryptocurrency is nearer to its pre-programmed mining cap of 21 million coins. Here we will review what these figures mean for Bitcoin miners and Bitcoin price in General.

According to data from CoinMarketCap, more than 85% of Bitcoin has already been mined. This translated to about 18,000,000 bitcoin of the total available 21,000,000 coins. This implies there is 3,000,000 Bitcoin left to be mined. The Bitcoin algorithm is coded to limit the supply of the cryptocurrency to check inflation.

The scarcity of Bitcoin implies that prices of the cryptocurrency can be maintained up or increase with demand. According to basic economics, when demand for a commodity is high it’s priced automatically increases. However, when the supply of the commodity is higher than it’s demand prices will crash. That's a similar principle governing Bitcoin.

New Bitcoins are etched from the Bitcoin mining Cap of 21 million every time a combination of mining node verifies a block of transaction. The miners who successfully found the block is rewarded with some Bitcoin for their effort in solving the complex algorithm required to find a new block. This is how new Bitcoin comes into circulation.

According to the originally pre-programed Bitcoin algorithm, every time 210,000 blocks are found, the mining reward is divided by two. This also is to ensure a stable supply of the cryptocurrency. Satoshi Nakamoto in a 2008 mailing list revealed that the best way to distribute bitcoin is by halving the mining rewards at some point constantly.

This factor is not constant as it keeps on varying depending on the amount of hashing (mining) power the bitcoin network has. Currently, bitcoin miners who find blocks are rewarded with 12.5 Bitcoin. After the next halving, this figure would be reduced to 6.25 Bitcoin for every successful new block added in the network.

How the Global Bitcoin Price could Response

As a rule of thumb, the bitcoin price is supposed to increase as a result of limited supply. However, economically thinking, other factors could limit the increase in price. One of such is regulation of the cryptocurrency that directly affects its demand. The other factor is security which in recent times hampered the demand of Bitcoin across many demographics.

But in the short run, we expect bitcoin prices to significantly improve. Many industry experts predict that bitcoin prices could go up astronomically. According to Jason A. Williams, of Morgan Creek Digital fund, Bitcoin price could hit $55k after the next halving estimated for May 2020.