Bitcoin As A Means Against Banking Crisis In Italy 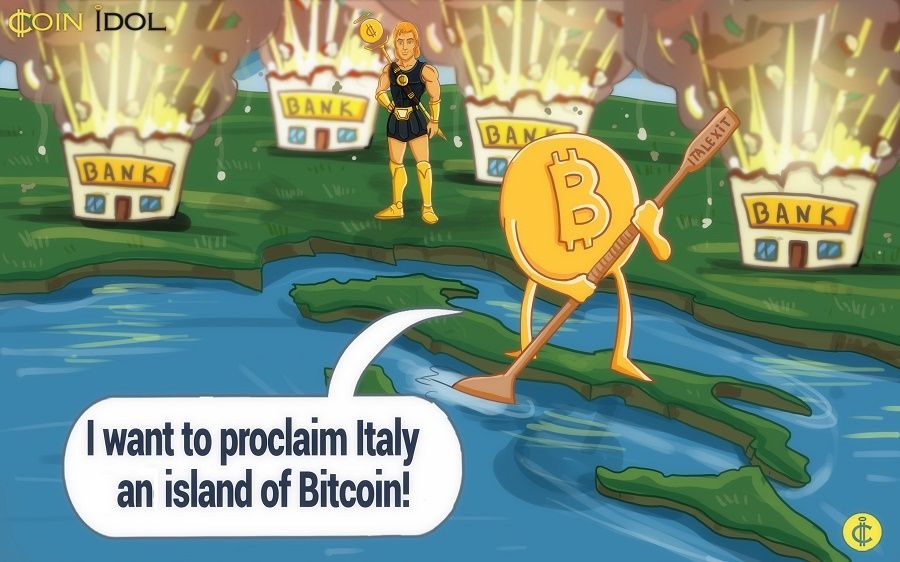 The banking crisis in Europe goes even further in Italy. While in countries like Germany and France we see only a decline of major banks’ asset prices, in Italy besides the banking crisis itself another problem occurred - civilian Italians began to distrust bank transfers and payments. One of the possible solutions may be Bitcoin, which can serve as a salutary means, grow in price and even get official recognition in the country.

Europe’s new big problem is the banking crisis in Italy. The devastating effects of this crisis may be greater than the effect of the Brexit. At the moment, Italian banks have accumulated problem of overdue loans to the sum of €360 billion. This situation, plus the results of the British referendum has put the banking sector on the brink of survival.

A few days after the Brexit referendum, bank index FTSE Italia Banche decreased by 30% and yearly the reduction total is about 60%. The bank Monte dei Paschi di Siena is one of the first that could become a victim of the crisis, as it has about €47 billion of bad debts in Italy.

Another upcoming storm of crisis?

As we know, the global crisis of recent years began with a banking crisis. The recession, which may start or have already begun in Italy, could spread to the rest of the EU. The government can give financial assistance to the banking sector, but EU rules do not allow the use of taxpayers' money to solve the crisis.

How can Italy escape the banking crisis, time will tell. But ordinary Italians face a new challenge everyday. Due to the banking crisis the risk of losing money when conducting money transfers and payments has increased. But Bitcoin may be a salvation. Here are a few reasons why:

- Firstly, Bitcoin can be bought on any exchange that works with cryptocurrency and make the payment. The money recipient will take payment in Bitcoin and cash out the money without any problems.

- Secondly, the recipient is not obliged to cash out the received bitcoins, as these can be stored in the wallet until the next calculation.

- Third, while fiat money and securities are decreasing, Bitcoin may well serve as an investment tool or simply as a means of savings.

According to recent sociological surveys, more than half of Italians are willing to come to a referendum and vote for the exit of Italy from the European Union. If an Italexit takes place, it will have one major difference from the Brexit - Britain, when they were in the EU, have kept their national currency the British Pound, while Italians abandoned their Lira and adopted the Euro. Now, in the case of Italexit they will have to abandon the Euro and re-enact the national currency. Perhaps it will be the Italian Lira again. If this happens, it may cause the beginning of the collapse of the Euro.

However, together with the Lira, Italy may accept Bitcoin as a means of payment, and even as a second state currency.
Thus, the banking crisis in Italy can give a rise to the recognition of Bitcoin at the state level in Europe. And Italy may become the first such country in Europe. The price of Bitcoin is to grow definitely. What do you think?