Bitcoin Consolidates Near the $57,000 High, a Breakout Is Imminent 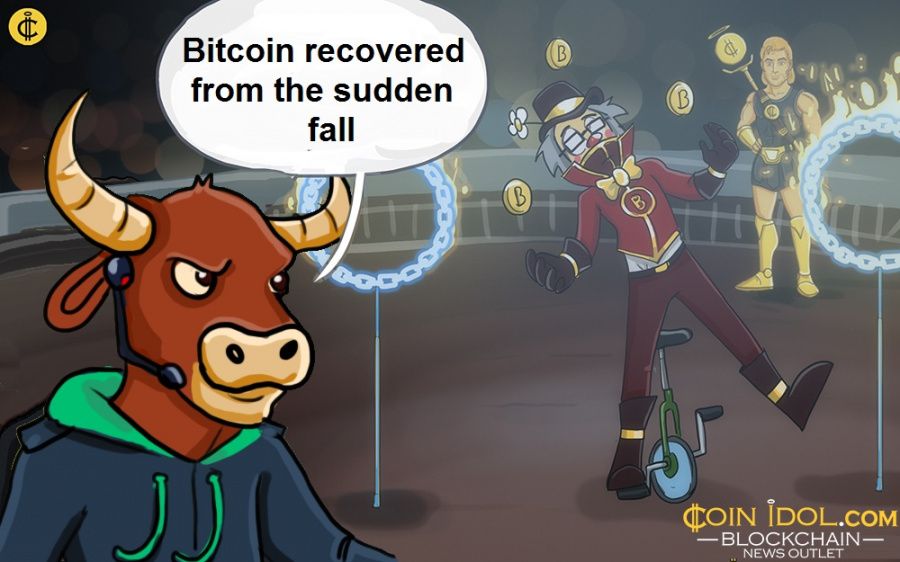 Following the drawdown on March 15, Bitcoin’s price has been fluctuating between the $54,000 and $57,000 price levels. Buyers have been making frantic efforts to resume the upward move but the uptrend is hampered by the resistance at $57,000.

On March 15, the bulls retested the resistance twice and the BTC price suddenly dropped to the $54,000 support. The bulls bought the dips as Bitcoin recovered from the sudden fall. The market has risen and it is consolidating near the resistance at $57,000.

Buyers have more advantage than sellers as consolidation near the resistance increases the chances of a possible break out. On the upside, Bitcoin will only resume an uptrend when the resistances at $57,000 and $58,000 are breached. The BTC/USD will have an opportunity to retest the $60,000 psychological price level. Nevertheless, if the bullish momentum is sustained above the next psychological price level, Bitcoin will reach the $75,000 high. However, this bullish scenario will be invalidated if the bulls failed to break the recent highs.

Bitcoin price has been consistently fluctuating above the 21-day and 50-day SMAs which indicates that there is a possible rise in price. Bitcoin is above the 80% range of the daily stochastic. BTC price has been rising even though the price has reached the overbought region. 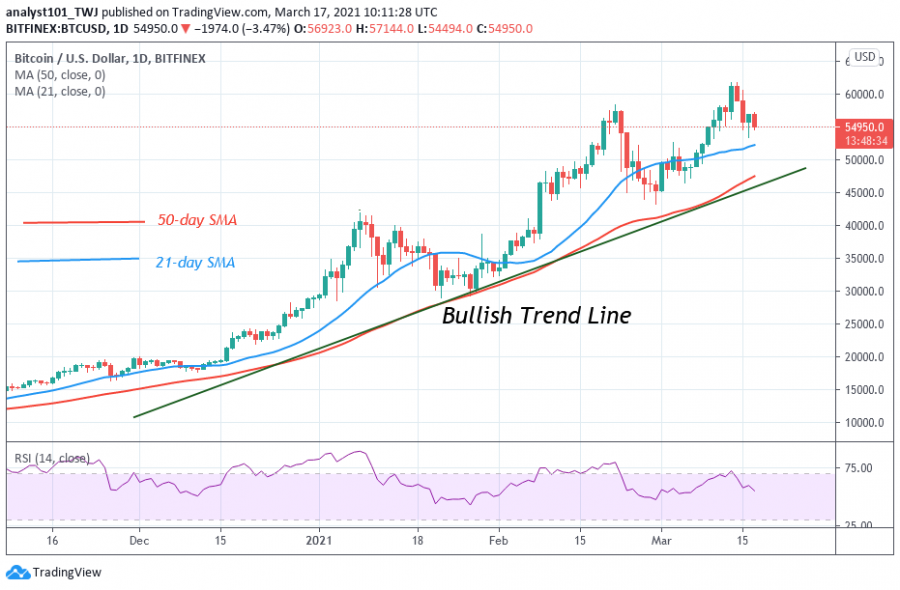 Bitcoin price is likely to move up as the market consolidates near the resistance level. On a weekly time frame, a retraced candle body tested the 61.8 Fibonacci retracement level on February 22. This retracement indicated that the market will rise to level 1.618 Fibonacci extension. That is the high of $75,732.30. 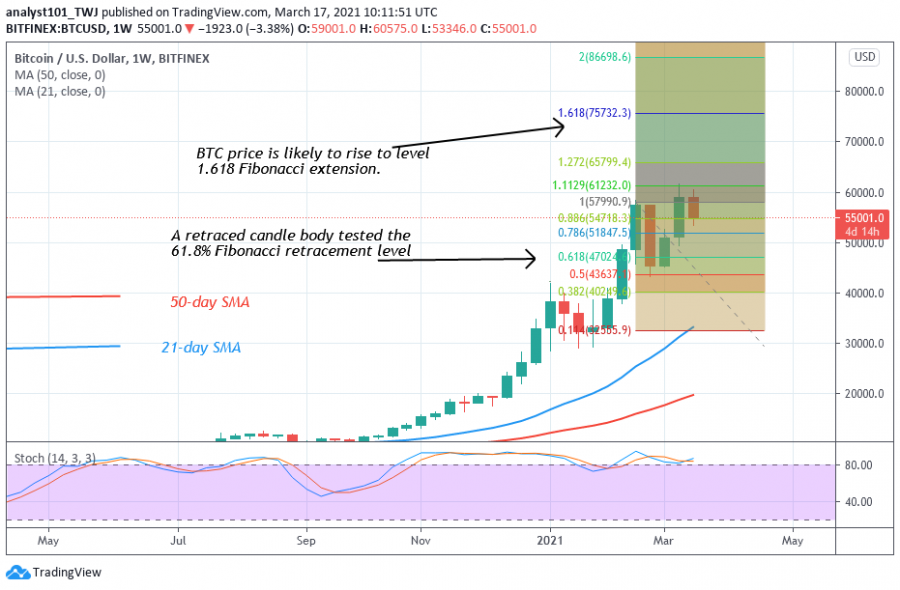 Tags
Price Market Bitcoin Support Fibonacci Cryptocurrency Analytics
Most Popular
Apr 21, 2021 at 14:21
News
Singapore Enters the ASEAN Blockchain Consortium to Promote Awareness About Innovations
Apr 21, 2021 at 13:31
News
Cardano Is In A Range-bound Move, Unable To Break The $1.50 Overhead Resistance
Apr 21, 2021 at 12:04
News
Why High Trading Costs Have Become an Industry Norm
Apr 21, 2021 at 11:11
News
Bitcoin Cash Continues to Slump Down as Price Reaches the Crucial Support Level at $840
Apr 20, 2021 at 17:37
News
Why Players Are Switching to Crypto Games
More