Bitcoin Rallies to $24,668 High as It Challenges to Breach the Overhead Resistance 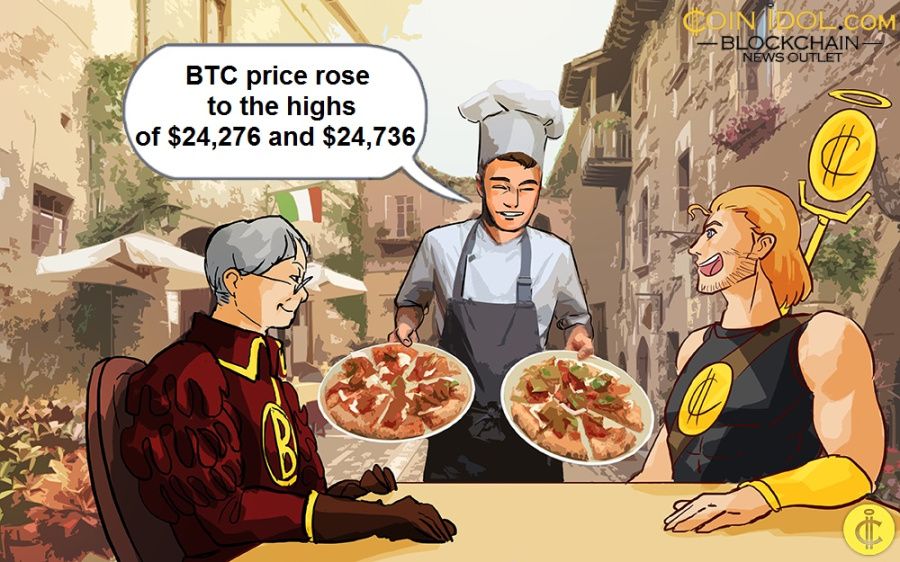 Bitcoin (BTC) price has made positive moves in the last 24 hours after breaking through the overriding resistance of $24,000.

In the previous two attempts, the BTC price rose to the highs of $24,276 and $24,736, but was rejected. The largest cryptocurrency sank above the moving average lines. Today, the BTC price has risen to $24,668 (at the time of writing).

Meanwhile, Bitcoin is at level 62 of the Relative Strength Index for period 14, indicating that Bitcoin is in an uptrend as it has broken above the overriding resistance. The market will reach the overbought zone when the RSI reaches the level of 70. Nevertheless, the BTC price is above the 80% area of the daily stochastic. This indicates that the market is already in an overbought condition. The 21-day line SMA and the 50-day line SMA are pointing upwards, indicating an uptrend. 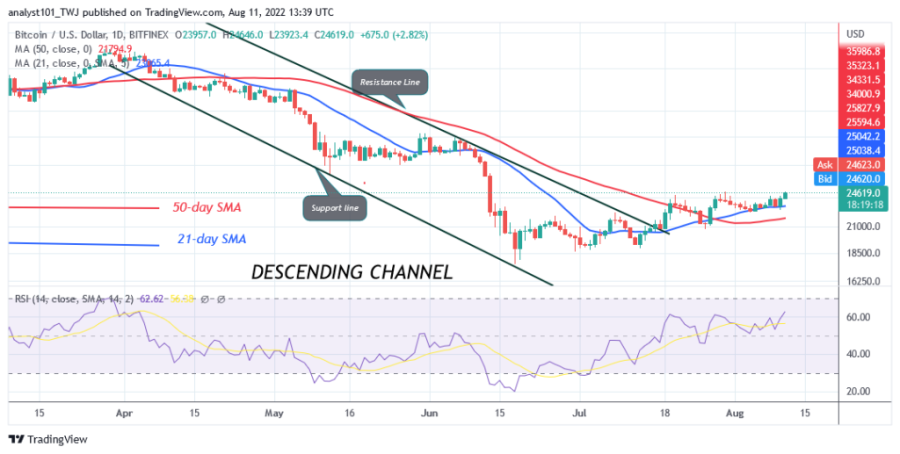 Bitcoin has resumed its uptrend and is trying to overcome the upper resistance of $24,000. This will be the third time that the bulls will retest the overhead resistance. The cryptocurrency will resume its upward momentum once it is broken. 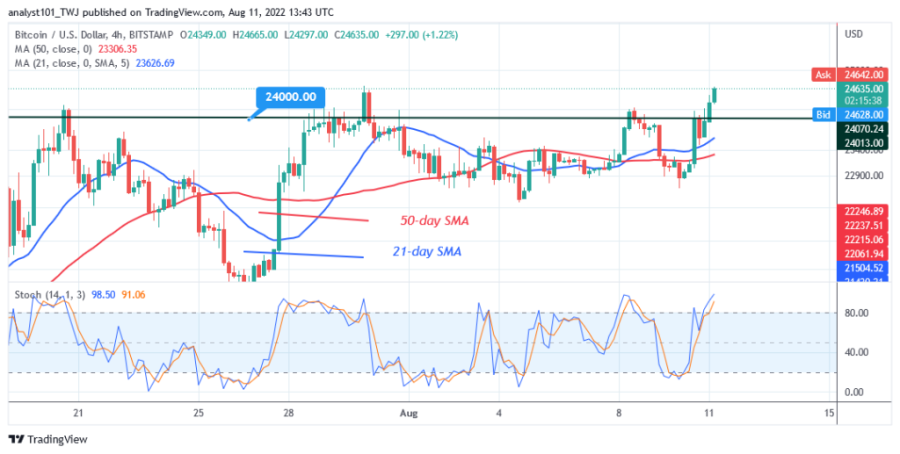