Bitcoin Slumps to $23,413 Low as It May Attract Strong Buying by the Bulls 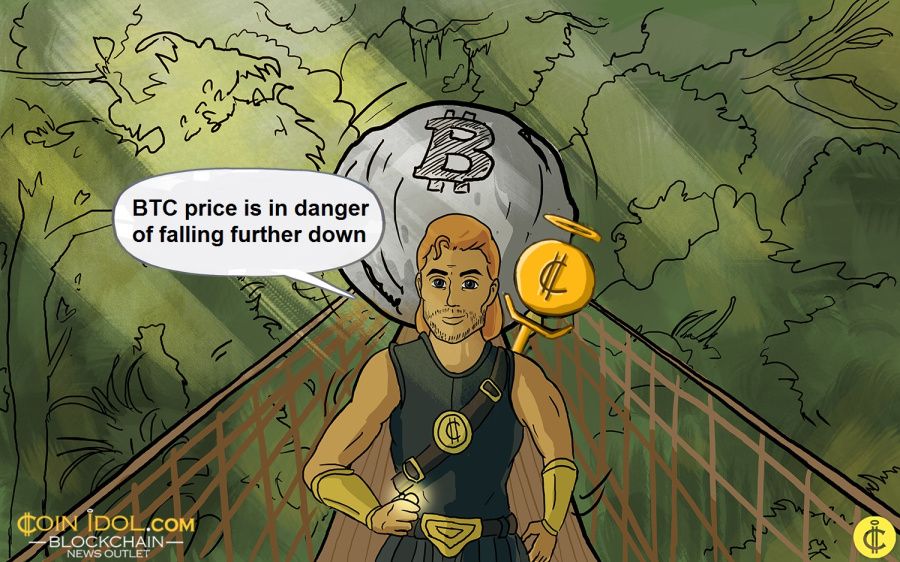 Since August 16, the BTC price has failed to rise above the 21-day line SMA. A rally could have pushed the BTC price to retest or break through the resistance at $25,205. The bullish momentum will extend to the $28,000 high.

Today, the bears have undercut the 21-day line SMA while the market has reached the low of $23,371, which means that the BTC price is in danger of falling further down. According to the price indicator, Bitcoin will fall to a low of $22,920. On the downside, Bitcoin will be forced to make a range-bound move if it pulls back and holds above the 50-day line SMA. In the meantime, it will trade between the moving average lines. The largest cryptocurrency will develop a trend when the moving average lines are broken.

Meanwhile, Bitcoin is at level 50 of the Relative Strength Index for period 14, indicating that there is a balance between supply and demand. It is likely that Bitcoin will move back within a trading range between the moving average lines. Nevertheless, the BTC price is below the 20% range of the daily stochastic. This indicates that the market has reached the oversold area. The 21-day line SMA and the 50-day line SMA are on the upside, indicating an uptrend. 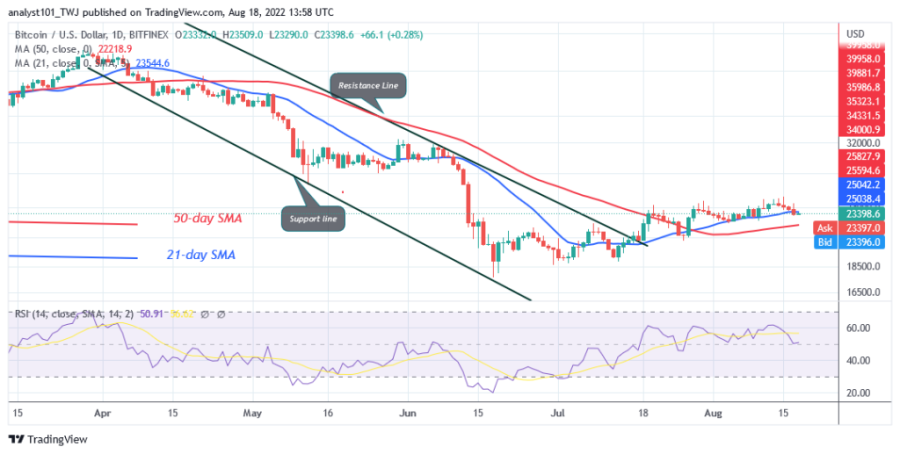 Bitcoin is bearish after an unsuccessful attempt to break through resistance at $25,205. Meanwhile, the downtrend from August 16 has a candle body testing the 61.8% Fibonacci retracement. The retracement suggests that Bitcoin will fall to the level of the 1.618 Fibonacci extension or the level of $22,920.48. 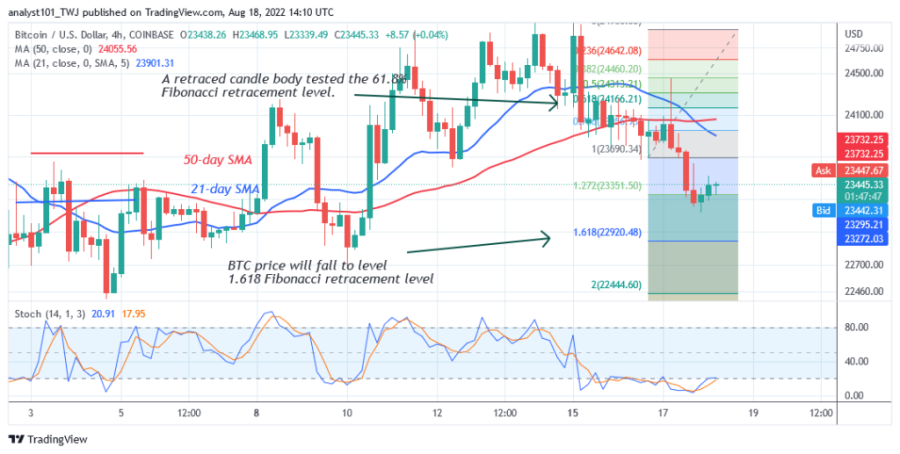