Bitcoin Holds Above $20,600 and May Test Recent Highs 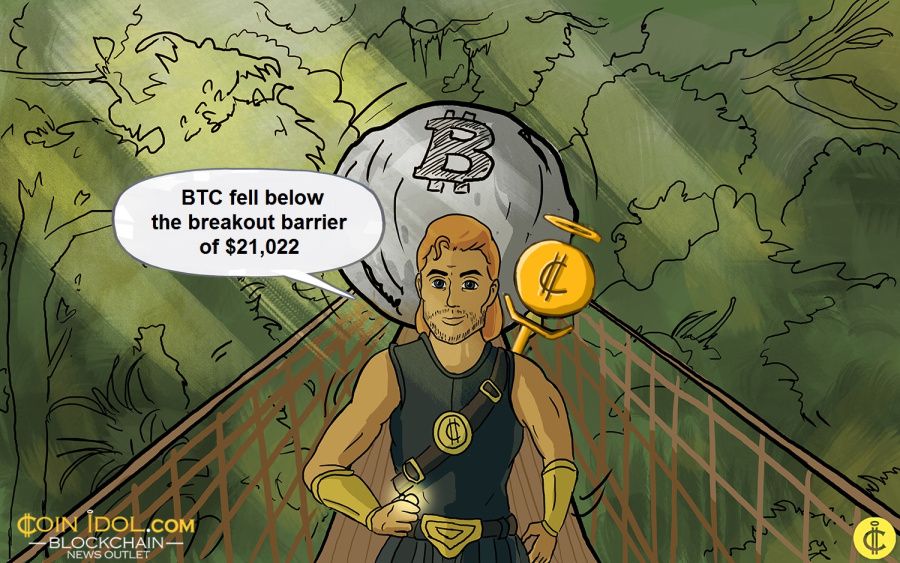 Bitcoin (BTC) has fallen to a low of $20,790 at the time of writing. The price of the largest cryptocurrency climbed to a high of $21,470 before falling below that level.

On November 5, the market entered an overbought zone, which limited the price movement. BTC fell below the breakout barrier of $21,022. In conclusion, the psychological price level of $20,000 is likely to be reached again. For instance, the largest cryptocurrency reached a low of $20,078 on November 2 before rising to a recent high of $21,470. If the current trend continues above the $21,022 support, Bitcoin will rise to the next resistance of $22,794.

According to the Relative Strength Index for period 14, Bitcoin has fallen to the level of 56. The rejection of the recent high leads to a decline in the cryptocurrency. The price bars are still above the moving average lines, which means that the price of the cryptocurrency will increase. Bitcoin has fallen into oversold territory, as shown by the daily stochastic, which is below the 20% range. As Bitcoin approaches the oversold area, the selling pressure will ease shortly. 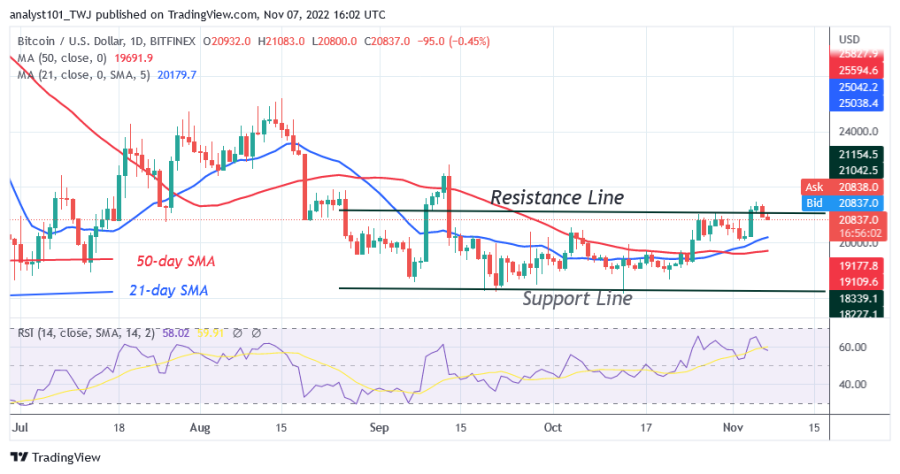 Bitcoin has fallen between the moving average lines on the 4-hour chart. It follows that the cryptocurrency will be forced to trade within a range defined by the moving averages lines. In the meantime, the price of BTC has reached the oversold zone. The current decline has slowed down. 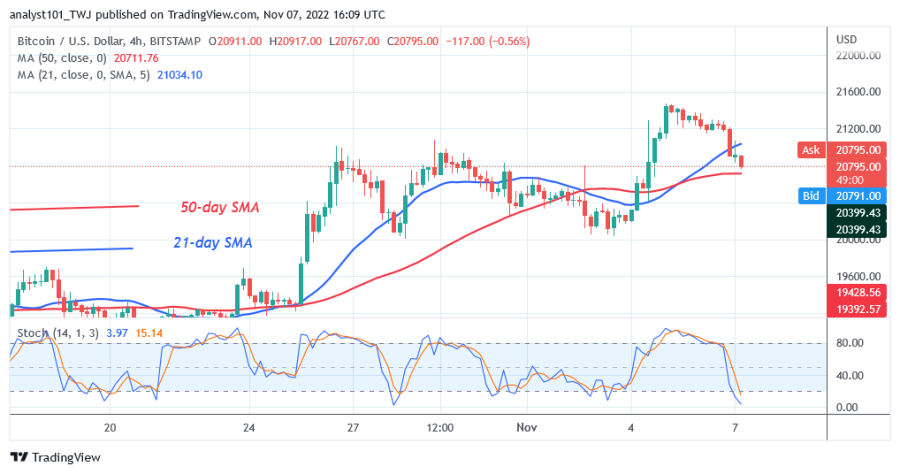