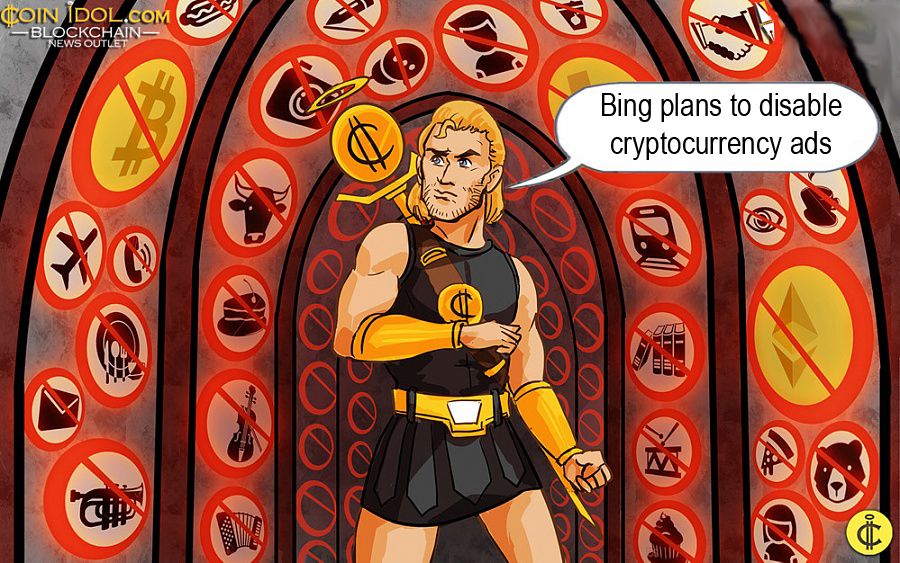 Cryptocurrency ads were not treated friendly by a number of the world’s biggest companies on the financial market, including Facebook and Google. Developed and operated by Microsoft, the Bing platform joined the movement and decided to ban crypto tokens ads starting from July 2018.

“Because cryptocurrency and related products are not regulated, we have found them to present a possible elevated risk to our users, with the potential for bad actors to participate in predatory behaviours, or otherwise scam consumers. To help protect our users from this risk, we have made the decision to disallow advertising.”

Microsoft’s move was highly predictable, as the company had already shown its mistrust to digital currency ads. Besides, all the fuss around bitcoin and altcoins also added fuel to the fire. Major corporations are seeking a way to protect their users from possible scams and malicious projects. Thus, the decision to ban advertisements of virtual coins on Bing is quite logical and barely has an influence on the cryptocurrency market.

Some news outlets think that Microsoft’s act caused a recent drop in the value of crypto coins, while others claim that it was the fintech conference Consensus 2018 that failed to fulfill expectations. However, the truth as usual hides somewhere in the middle.

It is worth mentioning, that trade coins have been experiencing a tough flow of negative pressure since the beginning of this year. And this pressure does not seem to slacken now, however, experts predict positive changes to come soon.