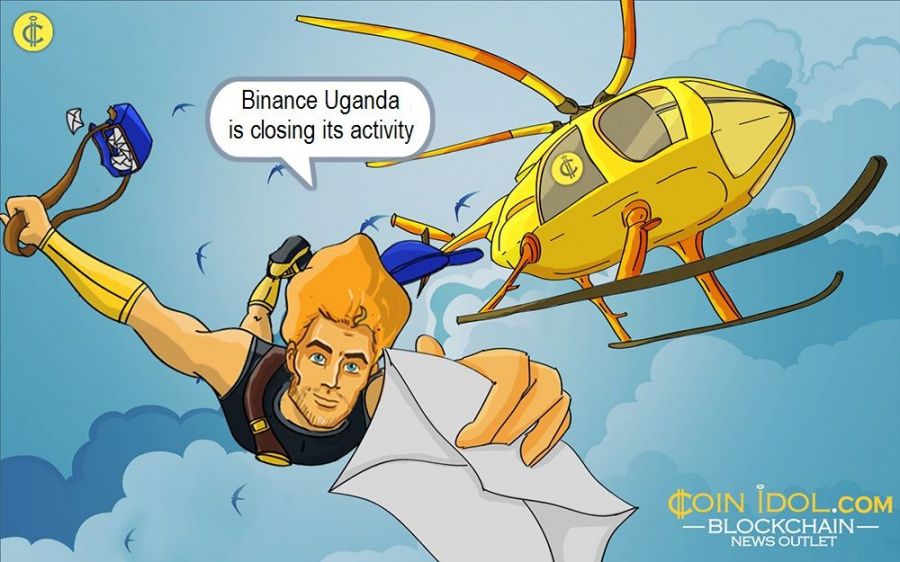 Binance Uganda, an arm of the greater Binance Global has notified all its Ugandan clients on the new date of closure, which is now set for December 15. A Binance user from Uganda, Joel Odota, notified CoinIdol, a world blockchain news outlet, that he received a notification email from the company. 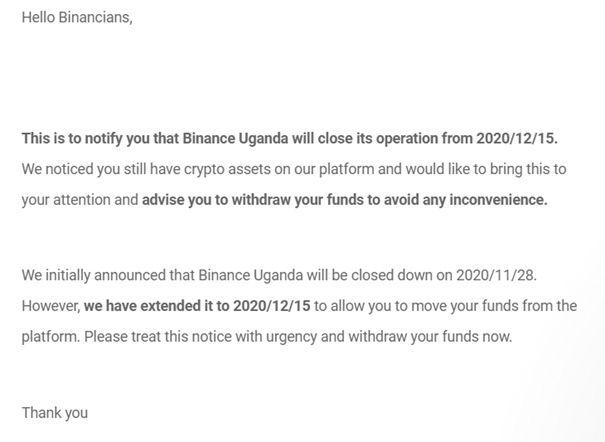 The world’s largest crypto exchange by trade volume, Binance, was the first fiat-crypto exchange platform to launch in Uganda in June 2018 although trading kicked off on the exchange four months later. Binance Uganda was warmly welcomed as indicated by fast-paced sign-ups in the beginning days. By October, Binance Uganda had reached a record 40,000 users most of whom were Ugandans.

However, the company had initially announced on its official site that it would shut down in phases in what it called a “migration” from Uganda to a global platform Binance.com. This “hard-shutdown,” therefore, does not come as a surprise to Binance users in Uganda.

The closure was anticipated to take place sometime at the end of November but did not happen and the exchange has now informed its clients it will eventually cease operations by close of business on December 15. While the official site still does not have such an announcement, it was present on the company’s official Telegram channel. 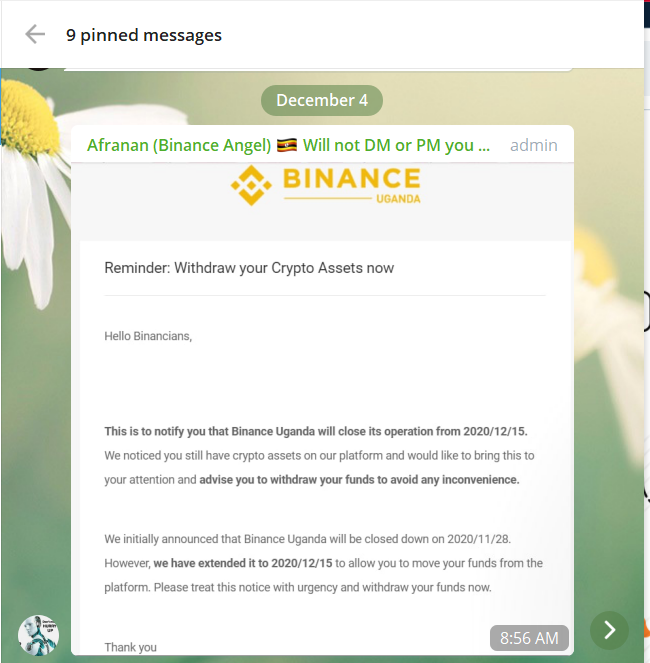 The crypto space of Uganda

Just like any other countries in the eastern Africa region, Uganda has witnessed unprecedented growth in crypto usage within its borders in the last decade. The government of Uganda, until now, does not recognize crypto asset holdings and has constantly warned citizens against investing in the volatile digital currency. Crypto assets investment in the country is mostly driven by the need of professionals and young people to make additional income.

In 2018, the Financial Intelligence Authority (FIA) of Uganda wanted to regulate crypto and blockchain usage in the country, citing crime and terrorism. It is unclear whether the recent move by Binance Uganda to close down was influenced by government regulations or the recent spread of COVID-19 global pandemic.

What happens after December 15?

According to the short reminder email, users who would have not withdrawn their fiat currency or Binance Coin (BNB) after the scheduled shutdown would forfeit their assets. The announcement also says that any currencies that would not reach the minimum withdrawable amount would be lost by the client and later donated by the company to its nonprofits arm, Binance Charity. After the closure, users would not be able to access their accounts and no more new registrations would be allowed.

The year 2020 has been tough for not only governments, civil society organizations but also the private sector. Many jobs were lost as companies shut down. The recent planned closure of Binance Uganda in the same year might be linked to the medical emergency or tighter government regulation of cryptocurrencies.