Cryptocurrency Exchange Binance has Suspended Activity on the Financial Market 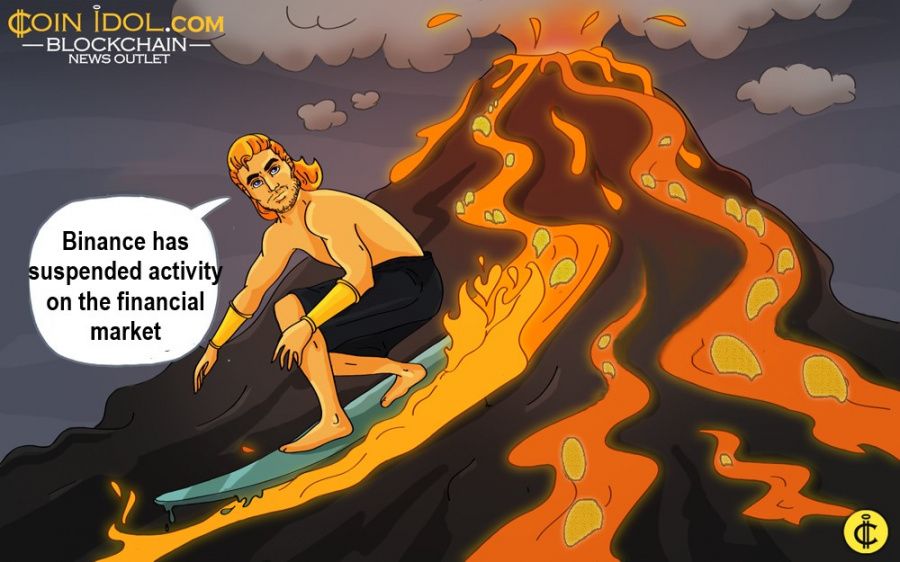 The company's CEO, Changpeng "CZ" Zhao explained on his page on Twitter:

"We experienced a server issue on our replica database cluster, causing some data to be out of sync. Need to fully resync from master."

"Due the size of the data, it will take several hours. No data is lost.  We appreciate your understanding and support," he added.

F irst launched in the summer of 2017, in recent months Binance has become one of the largest storage for trade coins on the cryptocurrency market by number of transactions. A December report from Tech In Asia shows that as much as $500 million was passing through the exchange daily then.

The maintenance works started around 7 p.m. ET Wednesday when Binance told users they "may experience a decrease in exchange performance." However, the Hong Kong-based cryptocurrency exchange company announced Thursday morning that maintenance was taking longer than expected due to "a significant increase in users and trading activity."

The firm said it expected the work to be finished by 2 p.m. GMT, but that “withdrawals and trading during this period will remain suspended.” Although by 1:07 p.m. GMT, Binance was forced to reschedule the resumption of trade to 4 a.m. GMT on Friday.

Unexpected troubles with the proper work of a cryptocoin exchange company have raised a lot of criticism, concern, and sympathy from users on Twitter.

“This is insane! 24 hours of downtime is completely unacceptable!” wrote one user on Twitter.

But another tweeted that:

“Technical difficulties/failures happen, especially to the biggest and most reputable exchange out there. It’s life, and we all willingly signed up for this.”

Binance, like other virtual coin trading systems, is growing fast on the currency market. Mr Zhao told Bloomberg Television in mid-January that the exchange venue was adding “a couple of million” registered users each week.