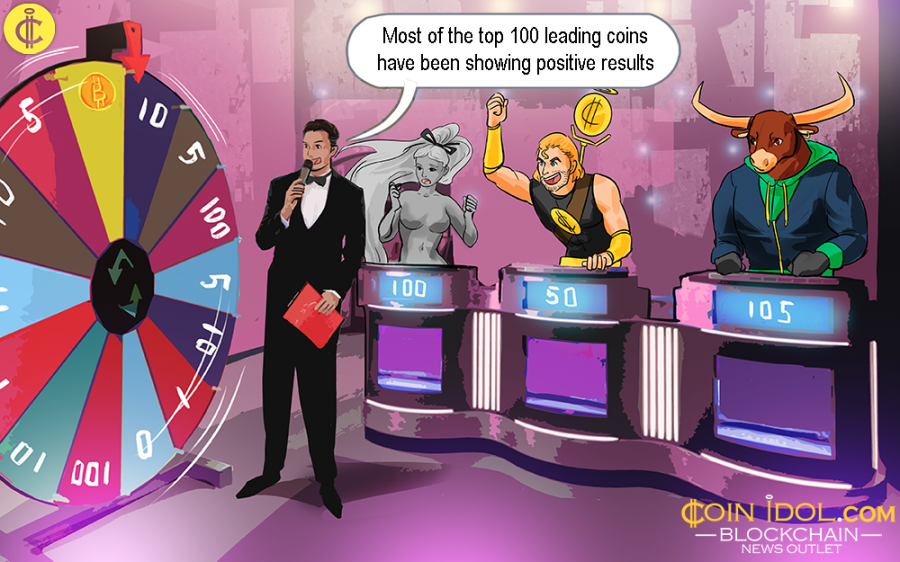 Most of the top 100 leading coins have been showing positive results this month. Some of them skyrocketed up a marvelous 3,000%, while Bitcoin has found support at the $12,000 mark after a recent correction to $10,500.

Bitcoin, along with altcoins, continues a rally which started back in April. Since then BTC gained more than 200%, adding around $8,000 over this period. The total capitalization of the market sits at $338,412 billion, with $209,742 billion involved in Bitcoin trading, according to coinmarketcap.

Many cryptocurrencies surged in price this month, however, absolute gainers out of top 100 by market cap have become only 5, which made from 250 percent to over 3,000 percent profit. They are Bitfinex Leo Token (LEO), Egretia (EGT), Energi (NRG), ChainLink (LINK), and Quant Network (QNT).

The Bitfinex Leo Token is changing hands at $1.92, making a 3,666 percent gain over a single month. The token, powered by the Ethereum platform, is trading at 18 digital currency markets. The total cap of LEO includes $1.92 billion. In addition to giving discounts on LEO tokens, Bitfinex revealed its buyback program, which burns coins each month using 27 percent of the exchange’s revenue. 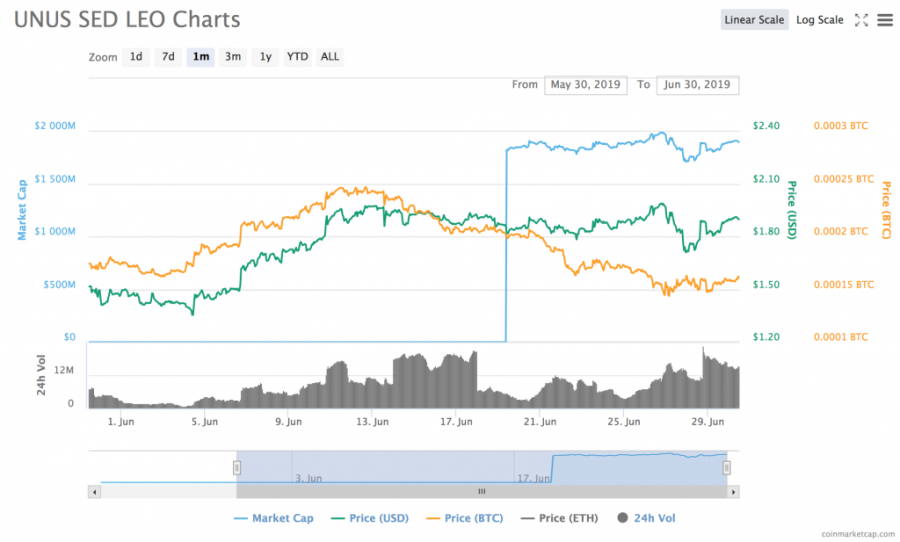 Egretia has been trading 640% higher its price at the beginning of June, collecting the cap of $221.04 million. The cryptocurrency has a price of $0.052599 and a daily volume of $83.23 million. During the last week, Egretia has traded 86.8% higher against the US dollar. 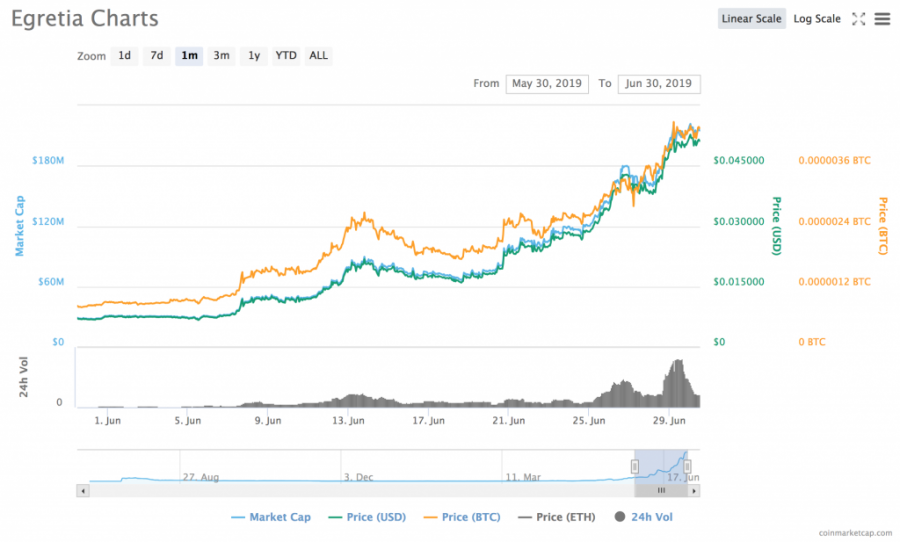 Energi is currently trading at $8.97, which is a 321% surge in price over 30 days. Launched in April 2018, the cryptocurrency has managed to collect the market cap of $158.22 million. The amount of $1.32 million worth of the coin was traded in the last day at exchanges such as CoinExchange, Cryptopia and CryptoBridge. 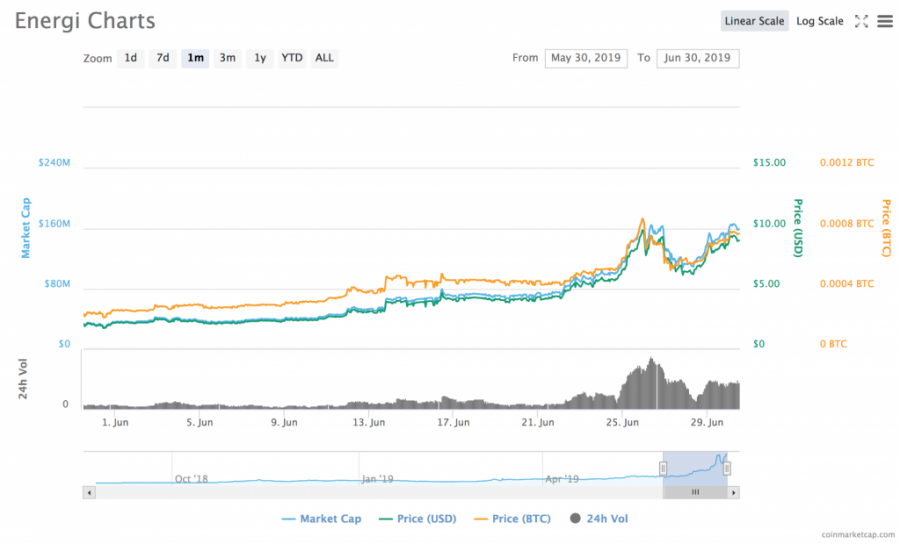 Chainlink, the 16th largest cryptocurrency by coinmarketcap, has jumped from $1.19 last month to $4.22, gaining 278% according to coincodex. It has a market capitalization of $1.48 billion, $1.01 of the sum was traded over the last 24 hours. In June, Chainlink team successfully partnered with Google. The company confirmed its interest in Chainlink’s technology to be applied in Google’s design of smart contracts. Besides, Chainlink digital currency was announced to be listed on Coinbase Pro and Coinbase exchanges. 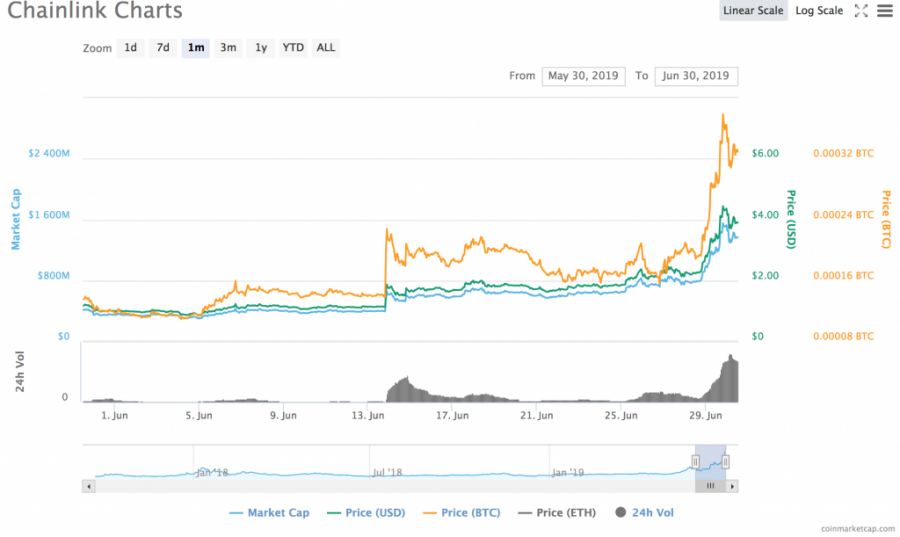 Quant, based on the Ethereum blockchain, has been quite popular on the market, gaining 254% of profit this month. The coin can be bought for $7.74 on major exchanges including IDEX and Fatbtc. The market cap of the QNT reached $75.64 million and $6.58 million was traded in the last day. Back to the beginning of June, Quant Network partnered with SIA, one of the biggest payment companies in Europe, to explore blockchain interoperability. 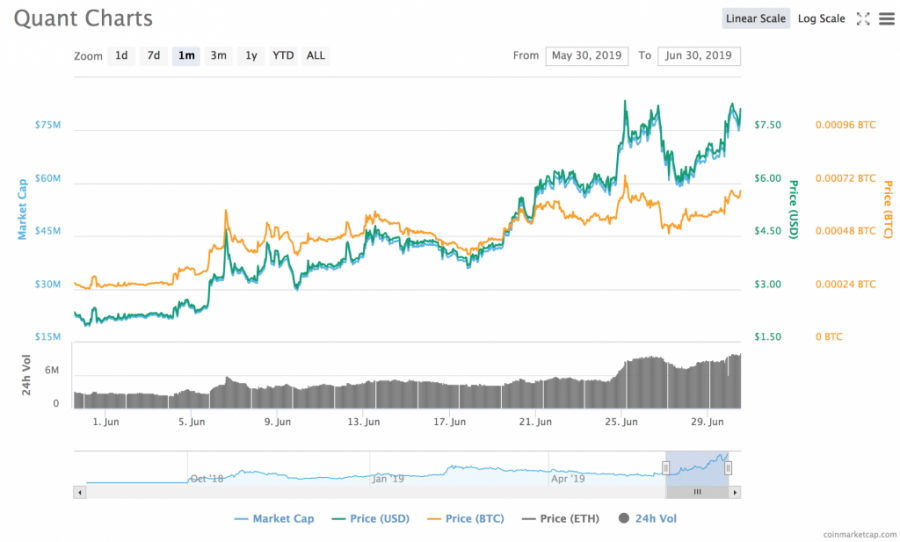