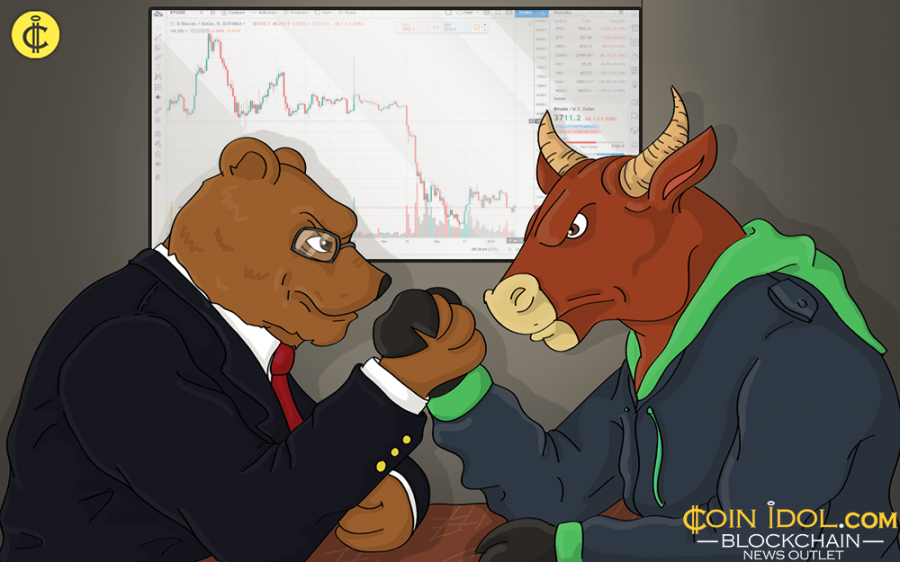 Even though last week began with the Bitcoin price consolidating, the utmost result was price action hitting a drastic week.

The price made a high of almost $4,112 on January 8, 2018, before collapsing more than 10 percent for the week, according to data from Tradingview.com. 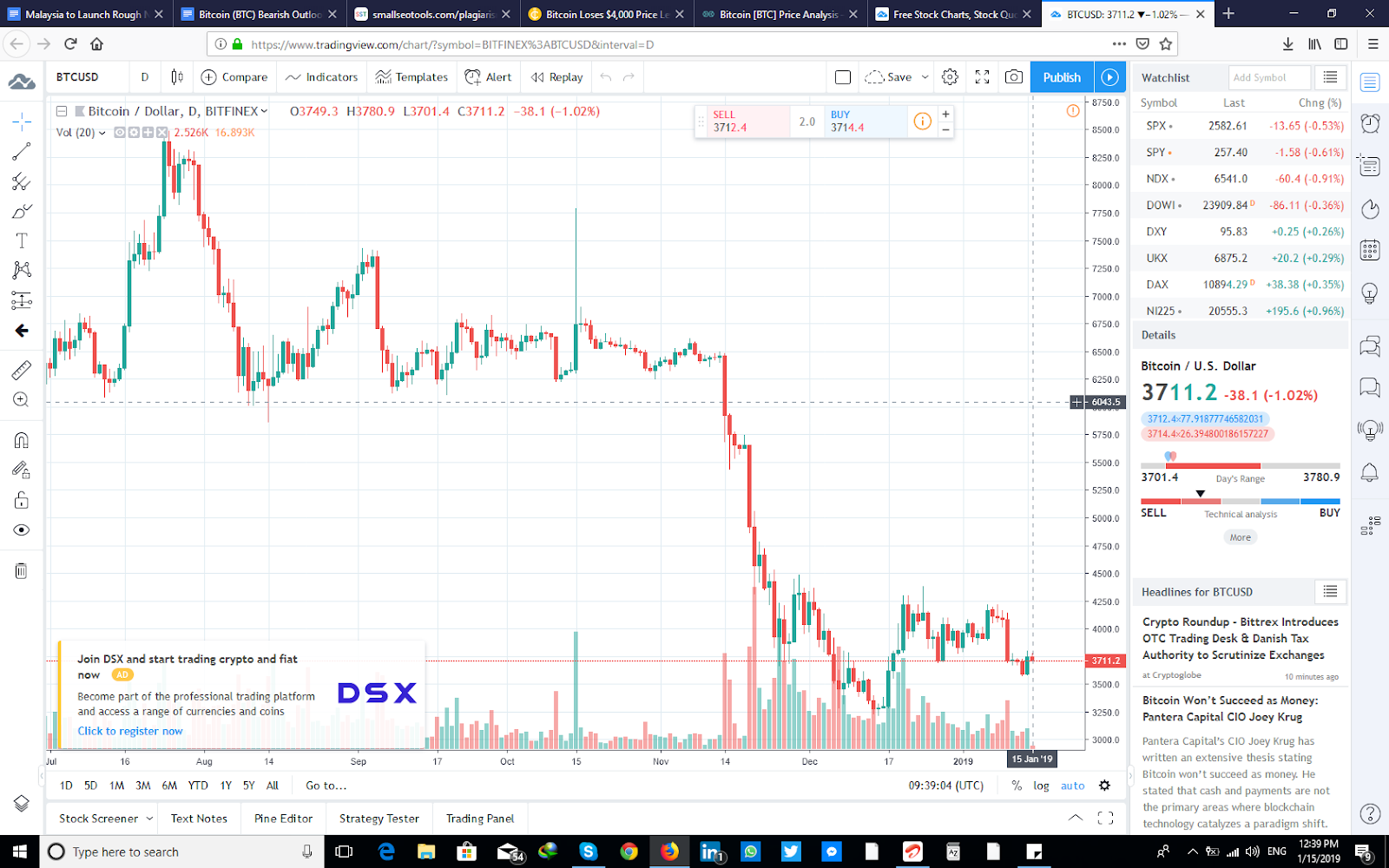 The price trend began this week with an increase from the low hit last week close to $3,470 on January 10, as Coinidol reported.

$3476 seems to be a critical level to observe, and if the BTC price falls under this point, then there is no distinct support until the low of last year of around $3122.

When last week was beginning, there was a fairish chance that price could exceed $4,240 and make a lofty high. 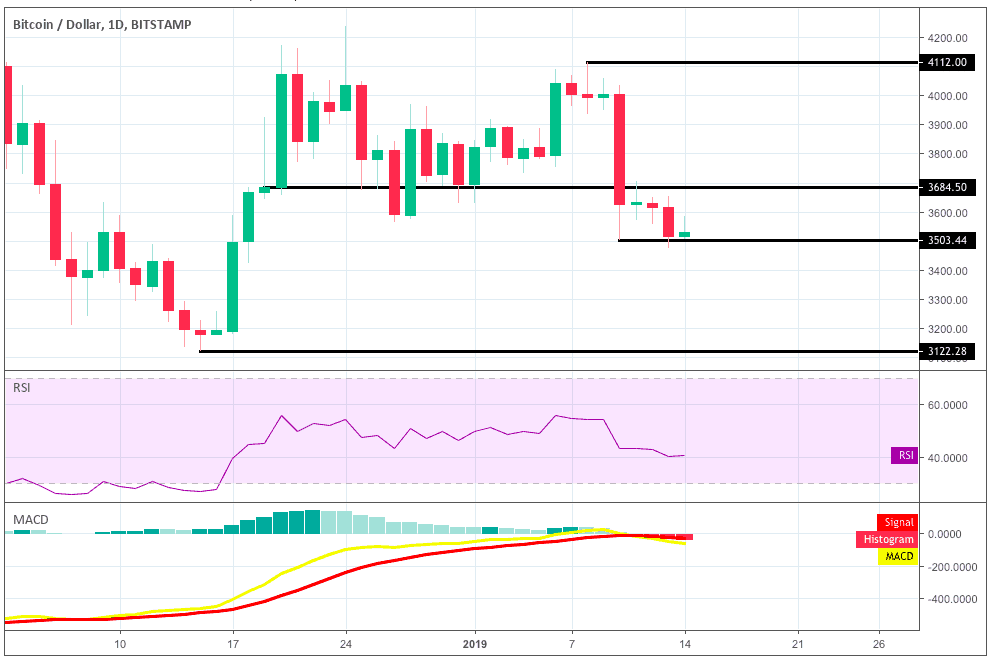 The 4h chart indicates the highs of last week standing at $4,122 dropping to exceed the price trend’s previous high around $4,240. After some price integration, bust down from there.

The first negative fall was followed by a short term period of solidification before another pessimistic decline happened.

This brought a prolonged time of consolidation with the price declining to a low of around $3,470 on Sunday, January 13, 2019.

Also, the upward trends are regarded as corrective ahead of what could be the next negative aspect extension and bearish market prolongation. It would then stand at over 4,400 at a minimum to hold the contiguous pressure off the negative aspect and the downside. The next decisive support appears in the image of July - around 2,000 & Sept - 2,975 lows.

According to Bitcoin daily analysis – it highlights all the need for users seeking up-to-date information related to major levels and relevant short term and long term movements. The analysis is developed in a way that traders, investors and all crypto holders can get help while seeking for an idea of where they may need to plan to make a conversion.