Banks in Russia Want Cryptocurrency Holders to be Identified 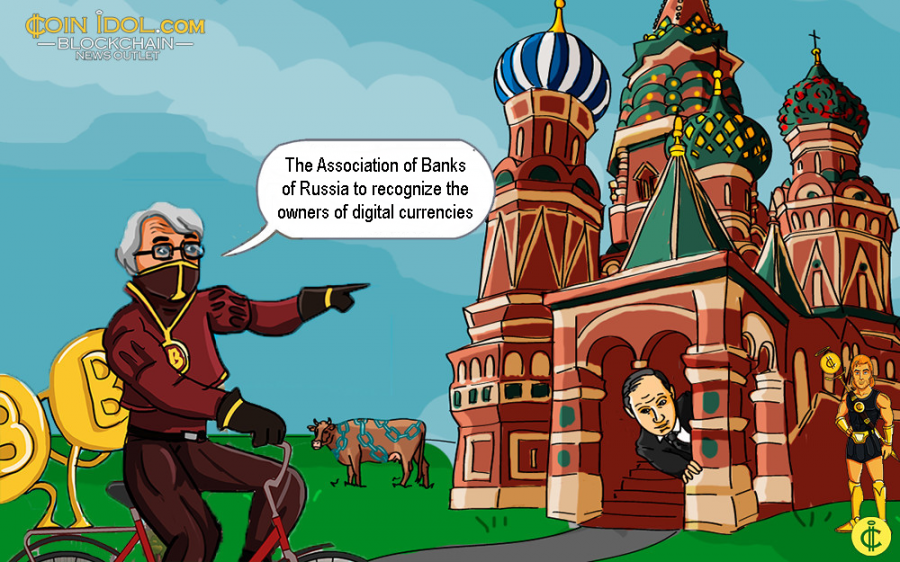 The Association of Banks of Russia (ADB) has created a decentralized cryptocurrency turnover concept, that suggests to deploy special programs to recognize the owners of digital currencies, according to Anatoly Kozlachkov, ADB vice president. The banks want to completely remove all kinds of obscurity in digital currency transactions and businesses, a thing that will make Bitcoin (BTC) possession facts and figures public.

Special Programs to be Developed

It is expected that a special program will be put in place to enable the service operators and other interested authorized individuals to contact and determine the ownership of cryptocurrencies by any particular person.

Such a measure will be necessary primarily so as to establish the ownership of the property of the debtor. The good instance is when somebody who is indebted with a huge sum of money but has enough bitcoins, and their creditors can’t reach them because of the token’s anonymous factor.

So far, there are no legal procedures with which you could do this. Kozlachkov further revealed that in law, Bitcoin and other cryptocurrencies are not integrated in any way: neither as a means of payment, nor as property, and consequently there is basically no legal tool to work with them. That is the main reason why ADB is proposing to set up a two-stage mechanism.

In this case, the first stage is the development of special programs, the services of which can be reached by any party who is looking for cryptocurrencies, and the program, as they expect, should give the corresponding result that such and such a number of cryptocurrencies belong to such an individual. And this is precisely how these particular programs operate. They are now used by law execution authorities. The second step will be going to court. But Anatoly imagines a state whereby a “service provider” would run a cryptocurrency-search platform which would let regular people to execute cryptocurrency-inspections on one another.

On one side, ADB wants to take digital currencies out of the hands of criminals – but on the other side, the government would like to provide citizens the opportunity to use Bitcoin and other digital currencies legitimately, and also pay taxes on their total earnings.