Bank Regulation Is Slowing Down The Cryptocurrency Industry in Canada 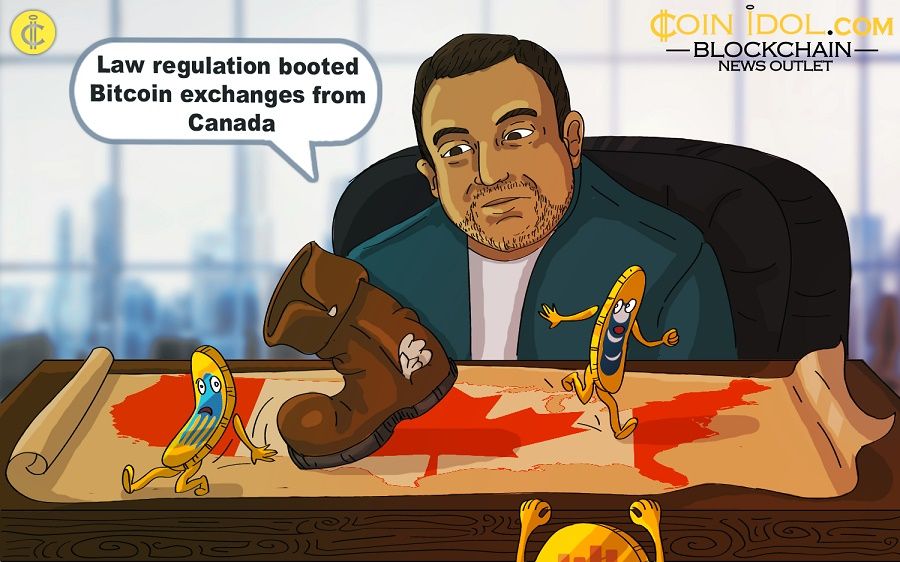 In Canada the major problem for local cryptocurrency exchanges is banking. This issue has booted major Bitcoin exchanges like Kraken, Coinsetter/Virtex, and Coinbase from Canada. Taurus, Coinsquare and QuadrigaCX are still working in the jurisdiction of Canada.

CoinIdol.com interviewed Michael Patryn, co-founder of QuadrigaCX and now advisor for Quadriga Fintech Solutions, about the problems of regulation for the cryptocurrency industry in Canada that slow down the development of the exchanges.

QuadrigaCX is a Vancouver-based Cryptocurrency exchange platform which has been dominant in Canada for some time, it launched three years ago and was the world's first public Bitcoin exchange. It processes 1000 Bitcoin and over 300 bank transactions per day.

The difference in Bitcoin regulations between various countries has a major impact on the cryptocurrency industry and affects cryptocurrency service availability for customers. It touches not only Canada, but all the world. Example, one and the same cryptocurrency exchange operating in the US cannot accept investors from all 50 states.

CoinIdol: Bitcoin has different regulations in various countries. What is the difference between the regulation of Canada’s Bitcoin industry compared to the US and Europe? Is law an obstacle to the development of your international business?

Michael Patryn:  Canada has reasonable requirements for operating as a Bitcoin Exchange. This has not been a severe obstacle. The US requires registration in most states, individually. In Canada, there are only two registrations required. One for Quebec, one for the remainder of the country. Similar to Europe.

CI:     Does this slows down the process? There is no consistency in regulation in the US, is this the problem?

MP:   Not only slowing down the process. High fees and deposits are required by certain key states. A big reason why there are no exchanges which can accept all Americans. As there are different rules for many states. Coinbase cannot accept investors from all 50 states. The US does not have one license which is accepted by all. The NYC bit license, for example, has kept numerous exchanges out of that state.

CI:     Why can’t the exchanges in NYC establish a secure banking relationship in the US?

MP:   I believe that US companies are looking for a reputable partner which does not have their domestic red tape. I believe Coinbase has a banking partner in the US. They were unable to secure one in Canada, so left our country.

CI:     Do you see Canada as a leader in Bitcoin trading then and with an exemplary exchange due to the laws and collaboration?

MP:   China currently holds the vast majority of Bitcoin trading and volume at this time for a variety of reasons. I believe that Quadriga is a preferable option for those seeking a reputable partner.

CI:     Why can’t Quadriga connect with a bank in the US if you were successful doing so in Canada?

MP:   Quadriga has made no attempt at expanding in the US. The cost of registration in every state would be detrimental to the business.

CI:     What if Quadriga attempted to register in New York? Doable or not?

MP:   I have been working with digital currencies since 1999. The US is hardly a proponent of growth in this industry.  We are still waiting for funds to be returned from their seizures of assets from E-Gold, Liberty Reserve, etc. Yes, doable.

CI:     How long do you think it will be before Bitcoin will be the main form of transactions?

MP:   Deloitte, SAP, and numerous other major organizations are pushing for increased awareness and adoption of cryptocurrency. My hope is that banks will soon embrace this currency and provide lending services in this currency alongside those of CAD and USD. I cannot independently and securely send funds to you unless you’re right in front of me, without digital currency.

If I send a wire, I am asking the bank for permission to send funds to you and I have to rely on a third party to complete the transaction. If I send a WU transfer or Paypal, same situation. I can give you cash if you're in front of me. Nobody can stop me, no asking a third party for permission. So, there are very few direct ways to send value to another individual remotely without substantial oversight.

I feel that this is a gap which needs to be closed, as is being done in India. India recently took a large portion of their fiat out of circulation in order to encourage digital currency transactions. I believe around 80% of their fiat was removed.

CI:     Since Bitcoin is based on decentralization, the third party won’t approve any transactions then?

MP:   Indeed. I can give you a pile of cash if you’re sitting in front of me. I can send you any amount of Bitcoin now without oversight or permission. Paypal, banks, Interac, etc. can reverse and refuse transactions, or require a lengthy processing time. The major problem for Canadians running an exchange is banking. That issue booted Kraken, Coinsetter / Virtex, and Coinbase from Canada.

CI:     Can you explain the problems in detail? How did you solve them?

MP:   None of the big 5 Canadian banks will accept a Bitcoin exchange. I established a stable banking relationship with a local credit union through a personal contact. Our banking partner is in Vancouver.

CI:     What is the argument from the banks refusing to cooperate?

MP:   Lack of clear regulations with regard to how to handle such clients. Quadriga processes well over 300 bank transactions per day. That spooks most banks. Coinbase has a similar exclusive banking partnership in the US. Kraken has one in Germany, I believe.

CI:     Does it mean that none of your competitors can enter the Canadian market and you have a monopoly?

MP:   They're welcome to use a payment processor if they find their own contact. But there is a lack of interest and volume. We compete for market share of a very small group.

CI:     What is the volume of the Canadian market? Can you give numbers?

MP:   Between all exchanges, we seem to average under 1000 Bitcoins per day.
Coinbase moves around 4000 in the US alone.

CI:     What other Bitcoin exchanges work in Canada? You said that they quit.

MP:   Kraken still has a CAD order book but now requires that deposits be wired to their bank in Japan. Taurus and Coinsquare haven't quit. Coinsetter and Coinbase closed their CAD order books when their payment processor, Vogogo, shut down. Kraken has stated that they are working on a new payment processor, but we have been waiting around two months and counting.

Coinsquare uses a payment processor. I work with Taurus and shared my banking relationship.

CI:     Taurus is your affiliated business? Do these companies have any special differences in their list of services compared to Quadriga?

CI:     Why do banks refuse to work with you? Is it legal? What is their motivation? Do you want to change the law in Canada? What is your proposal?

MP:   I'm happy with the laws in Canada regarding Bitcoin. I wish Quebec followed the rest of the country, and the big 5 banks were more accepting of Bitcoin companies.

CI:     Why aren’t they more accepting of Bitcoin companies?

MP:   Apparently, we don’t meet their risk profile. There are no Bitcoin companies in Canada with big 5 bank accounts.

MP:   It shouldn't. However, providing clear regulation and guidelines would likely make them feel more comfortable. Quadriga is the first Bitcoin exchange in north America with MSB registration, but this isn't required.

CI:     What is not clear in the law regulation at the moment?

MP:   There are no clear regulations for Bitcoin businesses in Canada.

CI:     If the banks think it’s too risky then why are they doing their own research into cryptocurrencies, blockchain tech etc.? If people start gravitating towards using Bitcoin more often thereby pushing the narrative don’t you think they will have to listen?

MP:   They're creating their own blockchains. Banks seem to have little interest in using the Bitcoin blockchain. Yes.

MP:   If Bitcoin becomes far more widespread and common, I expect them to embrace it and offer lending services in XBT alongside CAD.

CI:     What is the estimated timeline in your opinion?

MP:   I have no way of knowing. Banks evolve with the speed of molasses.

CI:     What about corporations? Are they getting on board more now with cryptocurrencies? What if they push the narrative?

MP:   Domestically, I'm working with Deloitte and SAP, both of which have a keen interest in the space. Corporations are more interested.