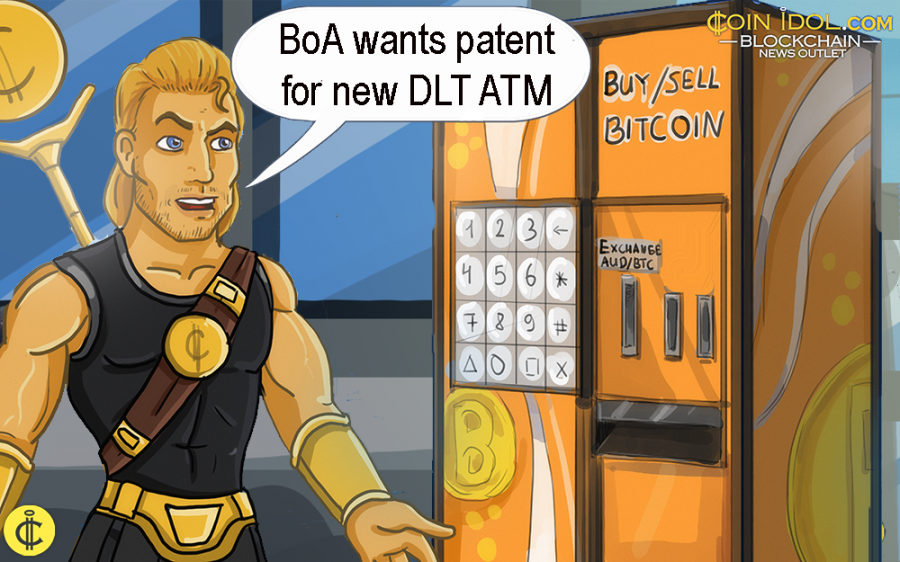 A new patent application that was officially published on Tuesday, December 25, shows that Bank of America (BofA) plans to ameliorate cash handling with the help of a blockchain system.

A synopsis from the patent document states:

“Aspects of the disclosure relate to deploying, configuring, and utilizing cash handling devices to provide dynamic and adaptable operating functions."

The patent document also reads that the “device can at least possess one processor, a memory, and a communication interface can keep a device registration module, a safe communications module, a containerized operating module and a non-engagement services module.”

BofA explained that communication hurdles remain in all aspects of cash handling responsibilities end-to-end in the tremendous activities of banks and thus believes that distributed ledger technology (DLT) could help ease these. The patent doc goes on to say:

“Cash handling devices may be going to be used in operating centres and some other sort of locations to provide different types of functions, such as facilitating the cash deposits and withdrawals.”

BofA has attempted to hitch some intellectual property in the DLT landscape for the last 24 months. In November 2018, BofA said that it had the most DLT patents surpassing 50, amid wonder as to if it would set all of them to work.

While equanimous on DLT, BofA has taken a more risk-averse position on cryptoasset, becoming one of the chosen few financial institutions this year to bring in bans on related traditional fiat purchases by clients.

In October this year, BofA showed its outlook on DLT. The senior analysts at BofA noted that the nascent technology has the capacity to hit $7 billion in value and stands more chances of profiting those corporate bulls as Microsoft and Amazon.

While the real-time for the blockchain technology sector turning a significant multi-billion-dollar market wasn’t offered, senior analysts purportedly based their thesis on an estimated figure that 2 percent of corporate servers would be applied to execute DLT at a cost of $5,500 on an annual basis.

In November, BofA also won a patent for securing cryptocurrency storage system, as coinidol reported. It needed to work as a bank for private keys.