Auxesis And Multichain To Fuel Blockchain Development In India 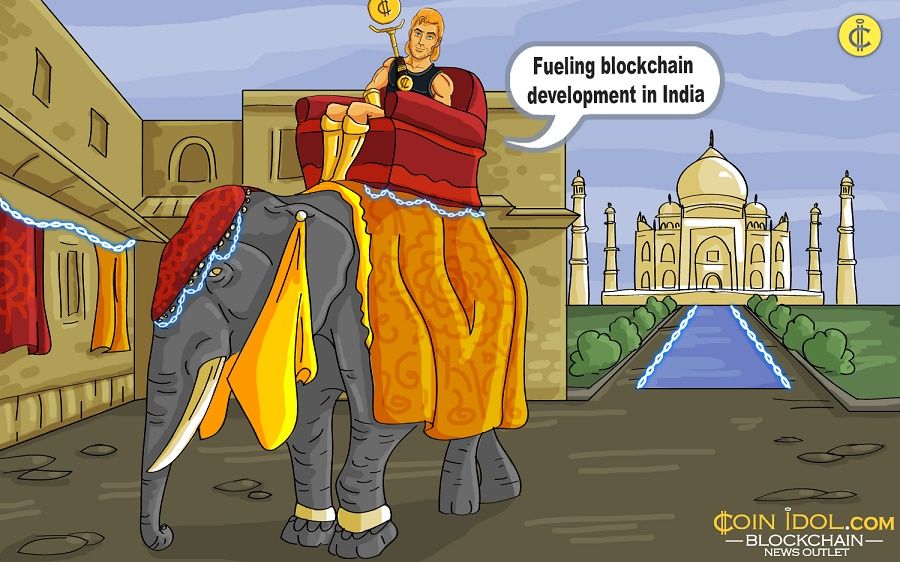 Auxesis, an Indian IIT-based startup has partnered with Mutichain, a platform that helps organisations build blockchain and shared ledger applications. The partnership is seen as fueling blockchain development in the ailing Indian economy.

Coinidol interviewed the CEO of Ausesis, Akash Gaurav, about the project and Blockchain in India.

Coinidol: What is AUXESIS?

AG: Auxesis is a technical innovation company founded in late 2014.  It was started with the motivation to provide best-of-breed business solutions to corporates and startups by leveraging the power of Blockchain technology. Auxesis is among the very first companies in India to provide Blockchain-based solutions globally and contributed to Blockchain research and innovation in India. The company has R&D centers across India and Business offices in Mumbai and London. Auxesis powers a number of distributed ledger-based applications globally for exchanges, cryptocurrencies, remittances and insurance claim settlement. It is focused on revolutionizing the banking, insurance, supply chain and capital market industries with constant blockchain research and innovation.

CI: How will this partnership affect Bitcoin and blockchain innovation in India?

AG:   MutiChain is one of the best open source Blockchain platforms we have used to build solutions on top of, and we are glad to partner with them. I am sure with our collaborative effort we can extend the Blockchain capabilities in various industries to build practical and scalable applications for them.

CI: What is the current state of blockchain in India according to your personal analysis?

AG: Compared globally, Blockchain activity In India has been relatively muted for a long time. But now, innovation in Blockchain has started buzzing, and it’s spreading fast. It’s in the recent times that some banks, supply chain firms, and government bodies have made announcements regarding their interest in the technology and started exploring them. Similarly, this has been a good year for some Bitcoin-based startups in India, and while the word is spreading fast, I‘m positive that many innovative Blockchain-powered startups will be emerging in the coming year.

Blockchain is a technology, and India has a history of IT legacy with strong support from government. As a pioneer company, it's our responsibility to make aware the government of what is happening and regulators are listening to us. In India, we lack a strong Blockchain community. At Auxesis, we are building an ecosystem to create a more robust community for Blockchain development in India. We are solving three major existing problems currently; awareness, training, and research.  For the startup community, we are making it easier to innovate by providing them with strong technological support in Blockchain. Further, Auxesis is acting as an extended arm to an organization make them innovate and explore freely to unlock new efficiencies.

CI: What services and with what type of organisations does your company work?

AG:  We are technology partner which provides end-to-end solutions to our partners. This ranges from ideation to consultancy. We work with these organisations to prototype and develop these solutions for them. We worked with very many startups innovating in FinTech, insurTech and the supply chain industry. We explore cross-border remittances, trade finance and other banking solutions with a private bank in India. We are also exploring cross-border remittances, trade finance and other core banking solutions with an Indian private bank.

CI: What are your plans for building a blockchain ecosystem in India?

AG:  To accelerate innovations in blockchain, an ecosystem is of paramount importance. We partnered with the entrepreneurship cell of IIT Bombay, one of the biggest entrepreneurship promoting bodies in India. With their support, we shall be able to give lectures, workshops and interactive sessions to students at higher institutions of learning across India.  This will expose students, innovators and entrepreneurs to the technology. We are negotiating with many Indian banks and other leading firms to form a consortium that will give birth to a Blockchain Frontier in India.

CI: How has the current Indian monetary policy affected views on bitcoin in India?

AG:  India has a very big economy, of which more than 90% of the all economic activities were cash run. When the government decided to partially demonetize the economy, about 86% of this money was withdrawn from the economy, causing a lot of chaos. This has led to the rise of cryptocurrencies in India. Most digital currency and bitcoin startups in India grew massively. Some government experts also proposed blockchain as a viable solution to the financial instability in India.

CI: What are the most special advancements blockchain experienced in 2016? What blockchain activities do you think will be trending in 2017?

AG: The year 2016 might just be the most important year in the history of blockchain and bitcoin. There has been a massive interest in bitcoin’s underlying technology, blockchain, from both non-financial organisations and government, this will lead to blockchain’s final success in later years. Blockchain has been explored beyond the financial capabilities and different applications have been invented in 2016.

The year 2017, I am sure, will take us nearer to the point where a full potential of the blockchain technology has been invented.

With the trend in India, a number of blockchain consortia will be formed in 2017, leading to more inventions in the technology.

Finally, I am quite positive that a number of blockchain-powered apps will be released in 2017 and much of the previously conducted research will conform in finished products.