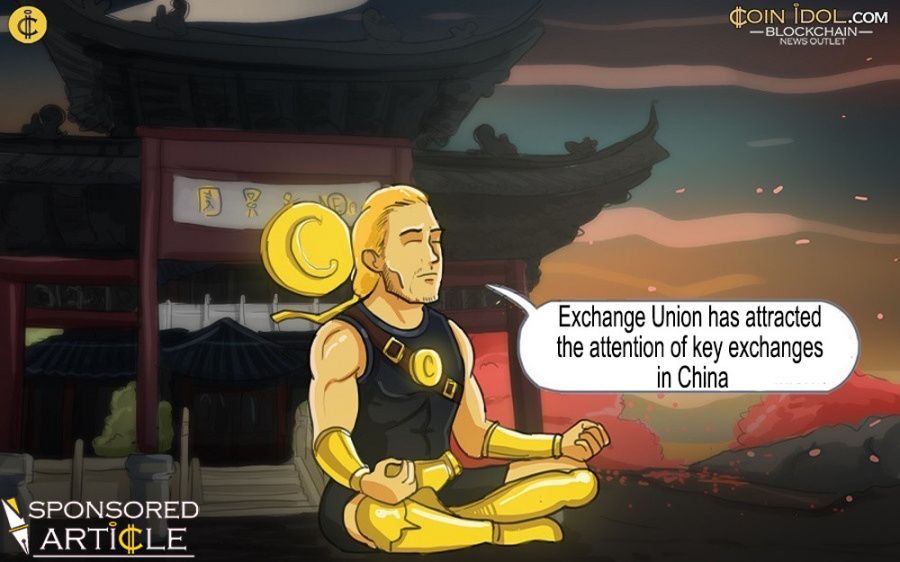 Exchange Union has attracted the attention of key exchanges in China in support of its ‘Universal token’ for cross-platform trading. Exchange Union represents a new focus for Huiyin Blockchain Venture Founder James Wo, who plans to bridge exchanges via a new inter-exchange trading token XUC. Exchange Union will act as an efficient clearing house for exchanges bringing them extra revenue, whilst traders can take advantage of price differences between platforms moving funds seamlessly between them.

ICO's are increasingly capturing the attention of businesses across Asia and Unocoin, the largest digital currency exchange from India, is one of them. Sathvik Vishwanath, co-founder of Unocoin was regarded as a pioneer in the industry back when Unocoin was founded. At that time Bitcoin had just entered Indian markets and the Reserve Bank of India had responded by announcing some adverse policy. Despite that the prosperity of Bitcoin in India continued to grow and Sathvik was proved a visionary.

Today Exchange Union are very pleased to have the support of Sathvik who stated,

"Exchange Union is a great project in terms of business model, core members and advisors. I believe that forward-looking companies would seek the opportunity to cooperate with Exchange Union. The development of Exchange Union will definitely have profound impact on global digital currency industry and we will keep supporting them."

Meanwhile, Coinhako, one of the major digital currency wallets in Singapore, also held out the olive branch to Exchange Union. Yusho Liu, co-founder of Coinhako, said that he began seeking cooperation with global, high quality ICO projects and it was Exchange Union that attracted his attention. Liu noted the strength of Exchange Union’s credible core members and reputable advisors. Yusho has shown strong confidence in this project following discussions with James Wo, founder of Exchange Union.

During the preparation period of Exchange Union, David Lee, co-founder and CEO of CHBTC, contacted James directly to show his interest in the project stating that he would do his best to support Exchange Union.

The first batch of Exchanges in the Union will sign agreements this December. Exchange Union will make important contribution to bridging the gap between exchanges globally. As a “universal” digital currency, XUC will be traded across exchanges in the Union. This project will be launched on the largest ICO platform Token Market, starting from 9:00PM 7th August 2017 Beijing time.  Funds raised will be used for technique development, strategic investment (acquisitions and subscriptions of digital currency exchanges related shares and tokens) operation marketing and launching fees. See http://www.exchangeunion.net for more information.