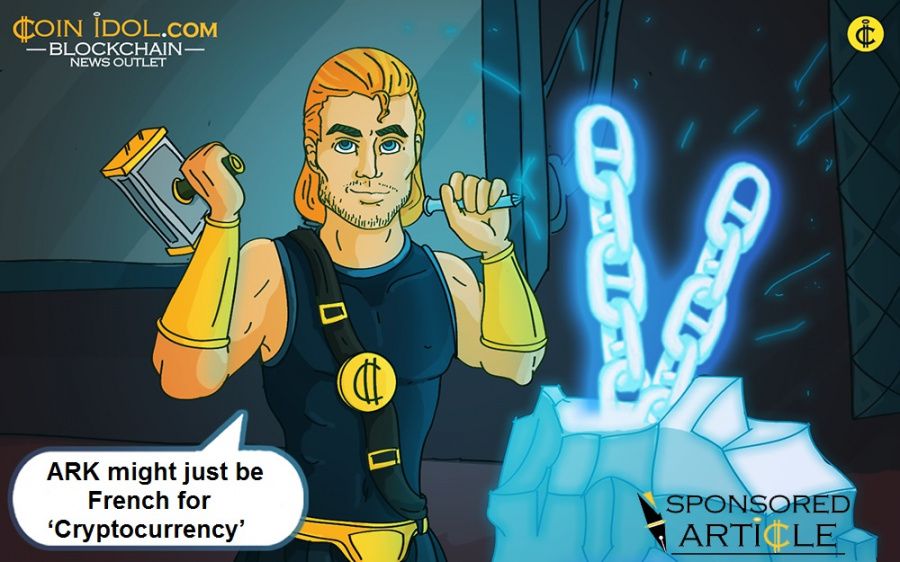 ARK may have given the world of cryptocurrencies a serious boost by securing a SCIC status. In case you are wondering, SCIC is another phrase for a French cooperative society, or more specifically, “General Interest Co-Operatives.”

You might also be wondering, what is ARK? The one-line description of this company says it is the place to get all-in-one blockchain solutions.

Those who stand to benefit from what ARK has to offer include startups, developers, users, and anyone else in need of cutting edge blockchain technologies. In other words, the company is in a position to create a blockchain ecosystem for many industry players.

And how is it that ARK can achieve this? To begin with, it is very flexible, scalable, and highly adaptable. Without overselling it, what ARK offers is something consumers certainly want. And there is no doubt about it, developers in the cryptocurrency world definitely need the services this company has to offer.

Now, back to the ARK and being part of the SCIC. The company has set a record by being a first in the crypto world to get such a compelling endorsement from the mainstream financial world. No other cryptocurrency outfit has made it this far -- and that’s commendable.

So, how do SCIC entities work? First of all, this is a new breed of co-operative societies. Both private and common societies are allowed under this framework. Legally, the governance of these organizations can be in the hands of employees, volunteers, companies, associations, users, and public bodies.

SCIC members go on to form a group of shareholders where each has a single vote. These members are categorized into Founders, Advisors, and Employees.

How it All Began

So, the question becomes, how did ARK arrive at the decision to become an SCIC? It turns out that the company was on a mission to give itself a legal identity. In fact, being a Swiss Foundation member was at one time a main option they weighed. But after some deliberation, they came to the conclusion that it was not the best option for them.

Their sights then turned to France. The country’s incorporation process for SCIC had nearly all conditions ARK needed to form themselves into a legal entity. So, they decided to go for it; and it worked!

Now that it has established itself as a legal body, ARK will form a board of directors. The good news is that, even after becoming an SCIC legal entity, the company can still uphold its current board structure. Some input from the vast ARK community will also help structure the company’s leadership.

The other upside to becoming an SCIC corporation is that ARK will have a corporate structure with no conflicts with regards to capital gains and taxation. Also, the company is required by the French law to retain at least 52.5% of its profits as legal reserves.

Fortunately, since ARK plans to retain all its profits, it will have no issues with regard to this legal requirement. The idea is to ensure that these funds are spent on development, marketing and operations; hence moving the company forward.

With SCICs, public institutions are also allowed to become shareholders at the discretion of the board. New shareholders can even be appointed to the supervisory board according to the company’s charter, which is open to as many amendments as necessary. This gives the Ark Crew plenty of leeway when it comes to establishing the board it wants.

Why this is Big

It is not everyday people hear about a cryptocurrency-based company getting a solid legal status anywhere in the world, let alone in a country as conservative as France. This makes the achievement ARK has made worth serious celebration within the virtual currency world.

The impact of this incorporation will not just be witnessed in France, but in other places around the world as well. The world at large will find itself rethinking the place of cryptocurrency in the financial world.

And the buzz has already started. The French financial markets regulator, AMF (Autorité des Marchés Financiers), and the National Bank of France (Banque de France), already summoned company officials, wanting to hear more about what they do.

In fact, although the deep conversation was centered on how the firm was going to ensure compliance with French laws, it turned out to be quite promising. ARK has taken the good news in its stride, and it is happy with France becoming so welcoming to cryptocurrencies.

With its special blockchain technology, ARK hopes to bring more credibility to the new-age financial technology and broaden the appeal of cryptocurrencies throughout the world by creating opportunities for others.

Ark’s roadmap shows how the company is coming up with an ecosystem, while also showing what the future holds for those who stand to benefit from the innovative blockchain technology the company is offering.